The championship tourney will take place in Atlanta. 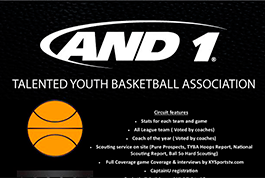 The three main divisions are:

17u/Unsigned Senior Division- D1 Elite and Team Vision Blue both lead the way with one loss in the Talented Pool, While BBA Kings, Ohio Crossover, and Team Vision White lead in the Skilled Pool with 1 loss.

16u/10th Grade Division- The Polished Pool is led by the Ohio Crossover.  Meanwhile, Team Vision 16u has earned the top spot for The Gifted Pool.

15u/9th Grade Division- Team Vision 15u is on top of the Hustle Pool, while Charlotte court goes into the finals with an undefeated record and will be on top of the Hard Work Pool

Athletic forward that can protect the basket.

Super athletic wing that attacks the rim in a hurry.

Sharp-shooting PG that can take over a game by scoring or getting others involved.

Solid big man that rebounds well and has strong post moves around the block.

Sharp-shooting PG that led his team in Session 2.

Sharp-shooter that can score in bunches.

Strong player that proved he can knock down the outside shot in session 2.

Undersize post that uses his strength to his advantage.