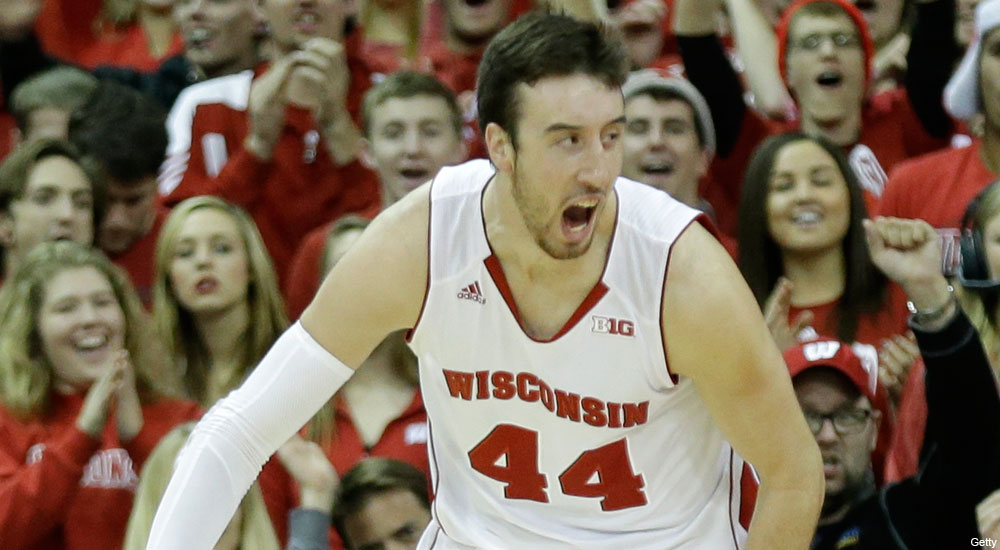 It could be a good year for Wisconsin and head coach Frank Kaminsky.

The Badgers return four starters from last year’s Final Four team and have not disappointed in the first chapter of the season. They have the types of wins that the committee will like come March, with impressive victories against Marquette, Georgetown and most recently Cal.

“But right now I think it’s kind of the first part of the season, the non-conference season, and we’re pretty happy with where we are. But the real season is about to come up,” senior guard John Gasser said. “We’ve got to put everything behind us but learn from what we have done. Take the good, learn from the bad, and really focus up on what is to come.”

And their one loss was a quality one, at home against Duke.

The rest of the Big Ten is in a period of transition—gone are familiar faces such as Aaron Craft, Roy Devyn Marble, Nik Stauskas and Adreian Payne and in are new stars James Blackmon Jr, Melo Trimble and D’Angelo Russell. That trio represents three of the seven McDonald’s All-Americans that are spread out among the Big Ten teams.

If these young’ins mature quickly, this could be a fun ride for the conference this year.

Offensive efficiency is down across Division I basketball but no place has been hit harder than Michigan. Some regression was to be expected as the Wolverines and Spartans produced four of the five Big Ten players selected in the first 21 picks of the NBA Draft, but neither John Beilein or Tom Izzo could have predicted this.

“Gimme” games are predominantly home court blowouts against teams that desperately need the guarantee money to support the budget of the program. There are no slam dunks on the road in February at places such as Minneapolis, Happy Valley or at the RAC at Rutgers. Enter in additional travel to the Eastern Seaboard to play at Maryland or Rutgers and suddenly the Big Ten slate looks to be as unpredictable as ever before with teams having a very slam margin for error.

A chock-full of talented guards will make every night entertaining in the concference. The league is stacked with backcourt talent.

It is young talent, but talent nonetheless.

One team to watch will be Michigan State, a program that must replace last year’s backcourt of Gary Harris and Keith Appling with bigger contributions from Denzel Valentine, Travis Trice and Cleveland State import, and marksman, Bryn Forbes. It may take longer than anticipated but trust in Tom. Tom Izzo will find a way to get the Spartans playing their best basketball for Big Ten play and another NCAA tournament trip.

But even Michigan State had a bad one, losing to lowly Texas Southern last weekend.

“I’ll tell you what, I’ll just say that’s a better team than some we’ve played, a lot better. They execute. They run their stuff well. They’re very well coached,” Izzo said. “Our guys were impressed. I thought he did a great job with them. They looked like they tired a bit in the second half.”

And Izzo’s words sum up the conference this year as there will be plenty of tough losses and the ability to bounce back will be needed. If these teams can continue to grow and mature, then they can send several representatives to the Sweet 16.

But as the conference got very young and inexperienced over the span of a season, that maturing process must happen sooner rather than later if the Big Ten wants to be a big player this spring.