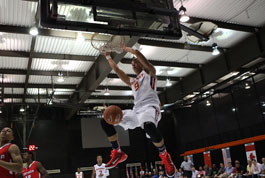 Born into a family with a lineage of basketball players and coaches, it didn’t take much time for Luke Kennard to become hooked on the game.

“My family grew up Kentucky fans, actually,” Kennard said. “My favorite player was Tayshaun Prince. I just was like, ‘Man, I want to be him one day.’ He’s a lefty, he could shoot the ball, score and was tall. He was my big role model growing up as a young kid.”

Kennard has done just about everything to mirror Prince’s basketball career trajectory to this point, but has begun to carve out a legacy of his own that hundreds of kids in the small town of Franklin, Ohio are currently dreaming of emulating.

The 6’6 senior guard committed to Duke during his junior year, choosing the Blue Devils over Kentucky and Ohio State, and will compete in the McDonald’s All-American game on April 1st in Chicago as well as the Jordan Brand Classic on April 17th in Brooklyn at the Barclay’s Center.

He’s in the midst of a historic senior season, in which he’s bypassed LeBron James on Ohio’s state all-time scoring list and currently sits third in state history with 2,828 points and counting. He also set a state record for draining 34 free throws in a game earlier this season.

The lefty averaged 40 points as a junior on his way to earning Ohio’s Mr. Basketball honors, and seems poised to earn that crown once again this season as he’s continued his torrid scoring pace with an average of 38.4 points per game to go with 9.8 rebounds and 6.0 assists.

Last Saturday, Kennard and Franklin improved to 24-1 on the season and captured its first Division II (the state’s second largest school classification) sectional championship in front of a sell-out crowd of 14,000+ at the University of Dayton. Franklin had come up short in the sectional championship, Kennard’s first three years in high school but he’s got his eyes on a bigger prize in his final high school campaign to put an emphatic stamp on his already illustrious four-year varsity career.

“As a team, going out with a state championship would just seal the deal,” said Kennard, who will play Friday against Shawnee for the District title and the right to advance to the state’s sweet 16. “Just the success we’ve had – not just me, the whole program – has left a mark Franklin for history. We’ve already made history, and we keep making history every game we play. Just the team we’ve built here the past couple years with the community all in with us in everything we do, has been really great. I don’t think this team will ever be forgotten.”

Franklin coach Brian Bales, who was coached by Luke’s father Mark as a middle schooler, has been at the helm for eight seasons for the Wildcats. When he took over the program, he estimated between 25-40 kids at the program’s summer basketball camp. Since Kennard began getting buckets in a Franklin uniform, and began to establish himself as one of the best prep players in the country while leading Franklin to an 84-8 record Bales estimates the number of camp participants has swelled to around 150.

Whether Kennard and Franklin can cap the season with a state title or not, Bales thinks Kennard’s hometown legacy has already been cemented considering he couldn’t recall Franklin producing another Division I player in his lifetime.

“Who’d have ever thought we’d have a McDonald’s All-American here, or a guy play for Team USA or a guy go to Duke, let alone a guy who can sellout every home game,” said Bales, who also starred at Franklin and held the school’s career assist record for 20 years until Kennard broke it this season. “Just the impact he’s had on our community has been incredible. Our community has engulfed him, and he’s their guy, man. What he’s done for Franklin basketball, and just the pride of Franklin has been incredible.”

After Kennard is through in Ohio, coach Mike Krzyzewski and the Duke faithful will get to see what captivated Franklin for four years first hand. And before Kennard gets his crack at the NBA, he plans on leaving his mark in Durham thanks to his ability to hurt defenses shooting the leather off the rock or breaking down his defender and setting up teammates for good looks.

“Coach K said putting me at one position isn’t doing me any favors,” Kennard said. “So I think I’ll be able to make plays on the offensive end, and play some great defense. I think I can be an effective scorer in the positions Coach K has talked to me about. I just want to be a playmaker for him.” 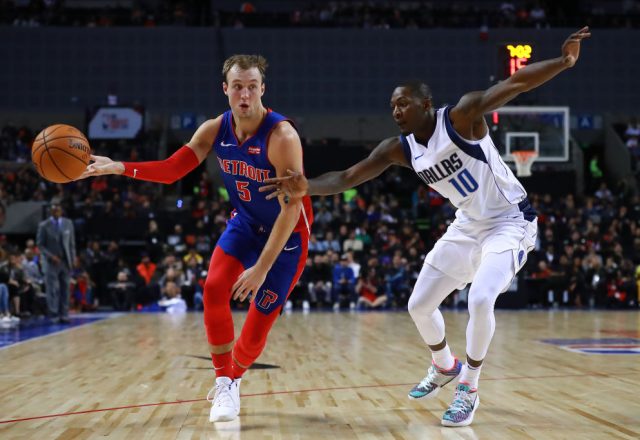