Minnesota has been getting it done. Over the past few years, the state has consistently been banging out pros and McDonald’s All-Americans on the regular. The state’s top player, Gary Trent Jr., should be the next. Given the influx of talent that the Land of 10,000 Lakes has, it is always tough to get everyone together under one roof. That happened over the weekend at the Breakdown Sports Tip Off Classic.

Held at Hopkins High School, the Tip-Off Classic had just about every elite prospect that the state had to offer. Games were played in two separate gyms in front of a standing room only crowd. Sidelines were littered with college coaches and it gave some of the local high school fans a preview of what the state tourney should look like. Needless to say, there was no shortage of talent there in Minneapolis.

Here are a few of the guys who caught our eye at the BreakDown Sports Tip Off Classic:

Perhaps the best freshman guard in the country, Jalen Suggs definitely lived up to the hype and showed why he’s been putting up serious numbers on the varsity level since he was a seventh grader. He made a number of Lonzo Ball-esque passes ahead of the pack, bombed threes from NBA range, and showed off his improved bounce via a number of dunks. Baylor, Iowa State, and the entire Minnesota coaching staff were courtside for his game, letting you know what type of a priority he is.

One of the more versatile players in the state, Nate Reuvers showed why Wisconsin made it a point to lock him up early in the process. Throughout his 35 point‎ outing against 6’10 Daniel Oturu, he displayed why he is a perfect fit in the Wisconsin “swing” offense. Nate shot the lights out from deep, made smooth moves with his back to the basket, and used his length to block a ton of shots. Many have already compared him to Pistons forward Jon Luer (also a Minnesota native and Wisconsin product) and with continued development, Reuvers could make that a reality.

Tyus Jones’ little bro may attend the same high school, but he is actually a fairly different prospect. While both of the Jones brothers are extremely heady lead guards, Tre is a bit more athletic and has no problem finishing above the rim. With Gary Trent Jr. transferring to Prolific Prep, Tre has shown that he is ready to run the show at Apple Valley, but as a scorer and a facilitator.

An absolute physical beast, Theo John showed why he is one of the best rebounders in all of high school hoops. He has a motor that doesn’t stop, rebounded the rock outside of his area, then also controlled the paint as a shot-blocker. Offensively, the Marquette recruit keeps getting better, especially facing the cup. Theo will immediately help out the college level on the defensive end, but could really be scary as he continues to grow on O.

By no means the flashiest dude on the court, Brad Davison probably brought the most excitement of the Tip-Off Classic. With the game tied and under five ticks left on the clock, the Wisconsin recruit calmly raised up to drill a deep three with a second left to give Maple Grove the W. His package of being a natural scorer, great shooter, and overall toughness make him a dream for Bo Ryan.

Having already signed with Western Illinois, Isaac Johnson is showing why a lot of high major programs are going to be sorry that they missed out on him. Playing with a loaded Howard Pulley squad in the EYBL, he had to pick his spots and play a role. With North, he is dominant. Isaac was automatic from deep, has a nice pull-up off the bounce, and is better than you think putting the ball on the floor. As long as Isaac continues to develop, he should help out Western Illinois sooner rather than later.

A new age hybrid forward, Race Thompson has the ideal body of a big man, but is best suited going to work facing the basket. Facing constant double teams throughout the event, the junior was most effective when he got the rock around the elbows and made plays from there. The son of former Minnesota football star Darrell Thompson is another huge focus for Richard Patino’s staff.

The son of UCONN legend Khalid El-Amin is a serous prospect in his own right. A well put together combo guard, Ishmael was the catalyst for Hopkins in their blowout dub. He showed off a sick pull-up, hit floaters over the top of the D, and dropped pinpoint dimes in transition. Heading to Ball State, El-Amin has the chance to be a difference maker at the mid-major level from the jump.

One of the more highly touted sophomores in the nation, Matthew Hurt definitely did his part in his squad’s blowout loss to Hopkins. Having played varsity since middle school, Hurt surpassed the 1,000 point mark during his sophomore year with his inside-out play. He stroked it out to the NBA line, posted smaller defenders, and even helped out as a secondary ball-handler. The consensus top-10 prospect is one of Minnesota’s biggest recruiting priorities (his brother Michael plays for the Gophers) and this was evident with Richard Pitino sitting courtside for his game.

A guy who we were not hip to coming into the event, Hedstrom was an integral part of an array of Hopkins players who took turns guarding Matthew Hurt. He played good positional defense, was great running the floor, ‎and converted at the rim. Only having two D-1 offers on the table, the more colleges see Joe, there will be many more that follow suit. 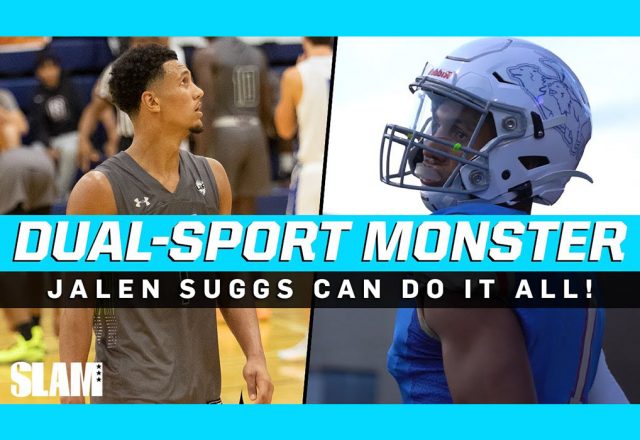 Dual-Sport MONSTER? Jalen Suggs is a STAR at Football & Basketball! 🏈🏀 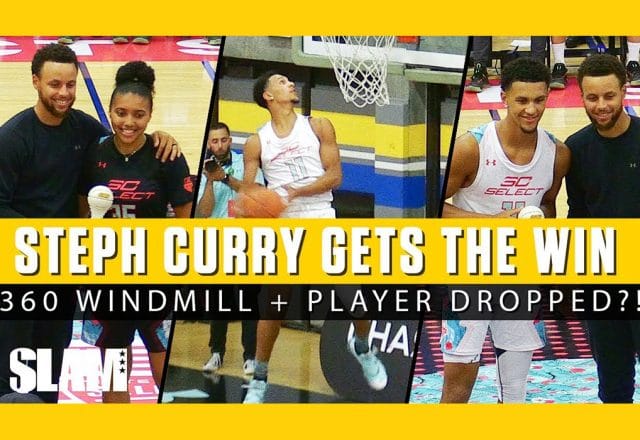 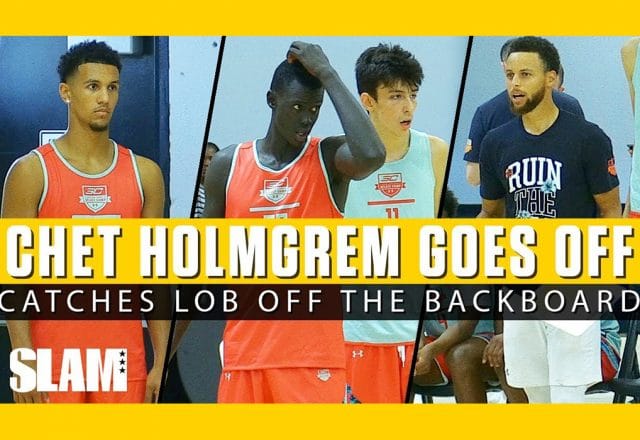 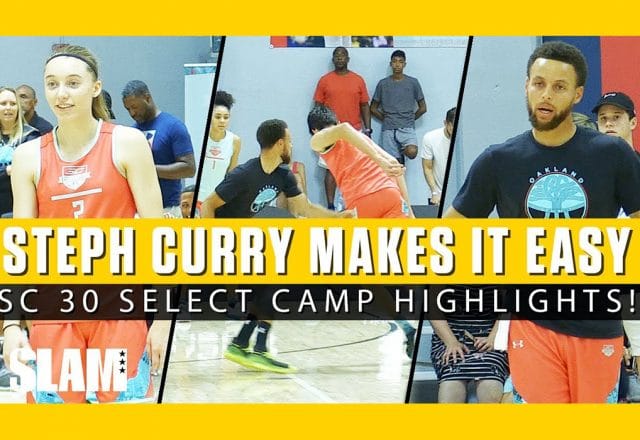 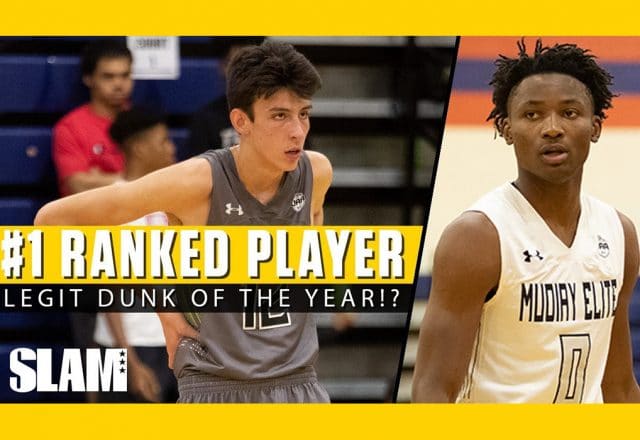 DUNK OF THE YEAR! 😱 Jonathan Kuminga vs Jalen Suggs 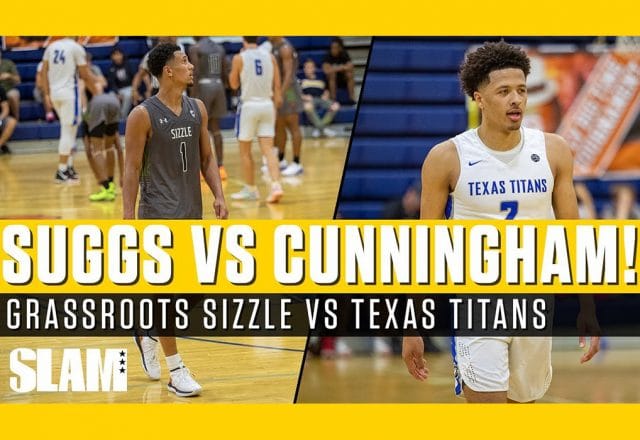