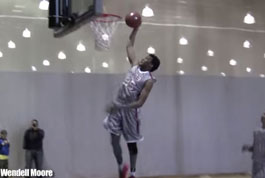 While the ACC tournament and state tournament in North Carolina were going on, the next wave of stars to grace the high school ranks were also doing their own thing at Proehlific Park in Greensboro. Carolina Preps, ran by Keyford Langley, held their annual Carolina Preps Invitational that brought some of the most legit talent in the Southeast under one roof for those who wanted to get a glimpse of the future in The Tar Heel State.

One the action got going, there were two clear cut favorites: The CP3 All-Stars and Team Florida. CP3, who just won the MADE Hoops League, is Nike’s premier AAU program in North Carolina and one of the swoosh’s best in the Southeast.‎ CP3 got the W in pool play, but it was ultimately Team Florida who took home the ‘chip by the team the weekend ended. As a whole, the event gave us a jump on who some of the cats are who will be blowing up.

Below are a few of the top rising freshmen we saw at the Carolina Preps Invitational. Above is a video featuring some of the CP3 players mentioned below at the MADE Hoops League.

Considered by some to be the best rising freshman in the country, Balsa lived up to the hype with his play in North Carolina. The son of Serbian pro baller Slavisa Koprivica appears to be following in his father’s foosteps. Approcahing 7-feet tall, Balsa has a season of high school ball under his belt, but does not play like your average 7-footer. The eighth grader has remarkable coordination, runs the floor well, and has a sick skill level for a young big man. While it’s a bit early to don him the next anything, Balsa Koprivica is a name that you’ll be hearing about very, very soon.

An explosive athlete, Langley was able to get his shot off on just about anyone who guarded him. He showed off a deadly crossover, deep range, and even blocked someone on the glass on a chase-down. The quick, creative scorer is one of the more highly sought after players in the 2019 class and is already receiving attention from numerous D-1 programs.

Ranked in the top five nationally by just about everyone, Wendell Moore doesn’t have the type of game that you see out of your average 13-year old. He uses his crisp, refined skill set to get by smaller defenders and his size to finish over the top of them. The Queen City native has the size and serious game to make him one of those young bucks that you’ll be hearing quite a bit from very soon.

An explosive athlete, Langley was able to get his shot off on just about anyone who guarded him. He showed off a deadly crossover, deep range, and even blocked someone on the glass on a chase-down. Acosta seems to be a new name emerging on the circuit, but it shouldn’t be long before he is well known to college coaches.

A freak athlete, it‎’s clear that Michael Brooks is just learning the game at a high level, but was still able to make a huge impact on the game. He played the game with crazy energy, rebounded the ball well outside of his area, and almost threw down some nasty tip-dunks. Brooks has that type of SEC level athleticism that is going to have Florida scouts tracking his progress very soon.

While Langley, Moore, and high flyer Marcus Watson provided the highlights, it was Green who consistently brought everything together. The lefty was a straight up sniper from three, made good decisions with the ball in his hands, and made some surprisingly athletic takes to the rack. Still a bit of a sleeper, Green is bound to get plenty of love playing with one of the most loaded teams on the circuit. 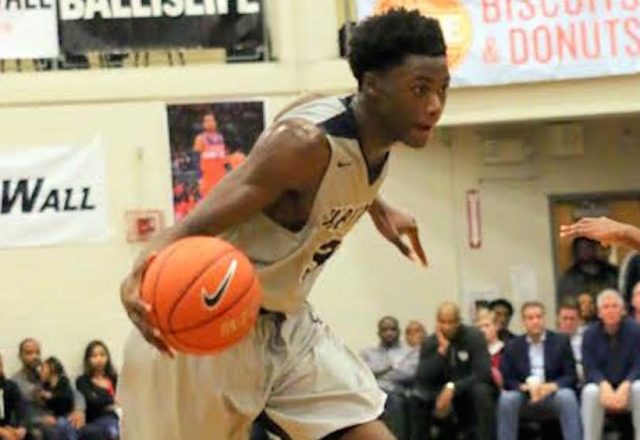