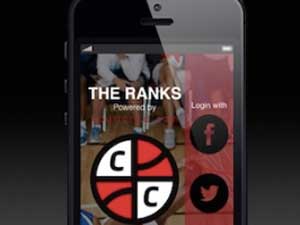 If you love taking part in the recruiting process in high school basketball, then you’ll love this new app called “The Ranks” from CourtCred.com. It’s the first-ever high school sports ranking system that’s strictly driven by the fans and governed by the fans. The Ranks application allows you to take part in the recruiting process by commenting on top players in the country while recommending your own. It has frequent updates on all known and unknown players.

There are four different compartments to “The Ranks” app including The People’s Choice, Petitions, News and Top Players.

The People’s Choice feature is for the fans to decide who they believe is the best basketball player in the US. A person can evaluate each player and vote for players. Each player is rated from one to five basketballs, with one being the lowest and five being the highest. Along with each player’s profile, you’re able to view video reels, access their school schedules as well as their Twitter and Instagram accounts. 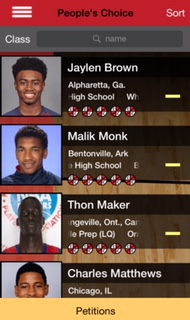 The Petitions feature allows fans to have total control. The number of athletes who play the game will always outweigh the amount of kids who will actually be ranked. We all know the never ending debate is, “This kid is better than this kid,” or “My kid is way better than this kid,” and it goes on. This is an outlet for kids, players, coaches and fans to petition for players who they believe should be ranked. You create these petitions to draw attention to players, which in return helps with exposure and getting recruited. Once you create a petition you have to get 100 signatures before the player moves to a watch list. Each person can only vote one time. Once the goal of 100 signatures is reached, scouts attend the player’s game to grade him accordingly out of 100. 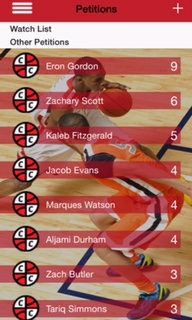 The Top Players feature is a comprehensive list of the best players in the country. These players can be arranged by scout’s grade, high school class or in alphabetical order by last name. CourtCred pulls kids from ESPN, Rivals and Scout.com and all have a national ranking. 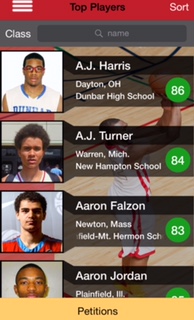 For the News feature, the feed is pulled from Zagsblog.com, but CourtCred expects to pull from numerous sites for constant information and live updates. 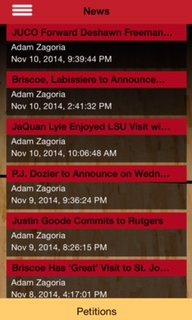 This app hits the market at a perfect time with the high school basketball season around the corner. So take advantage and be a part of the first fan-based ranking app! The Ranks launched this week in the Apple iTunes store free of charge. Check it out today.
79
CourtCred
You Might Also Like 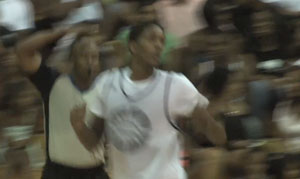