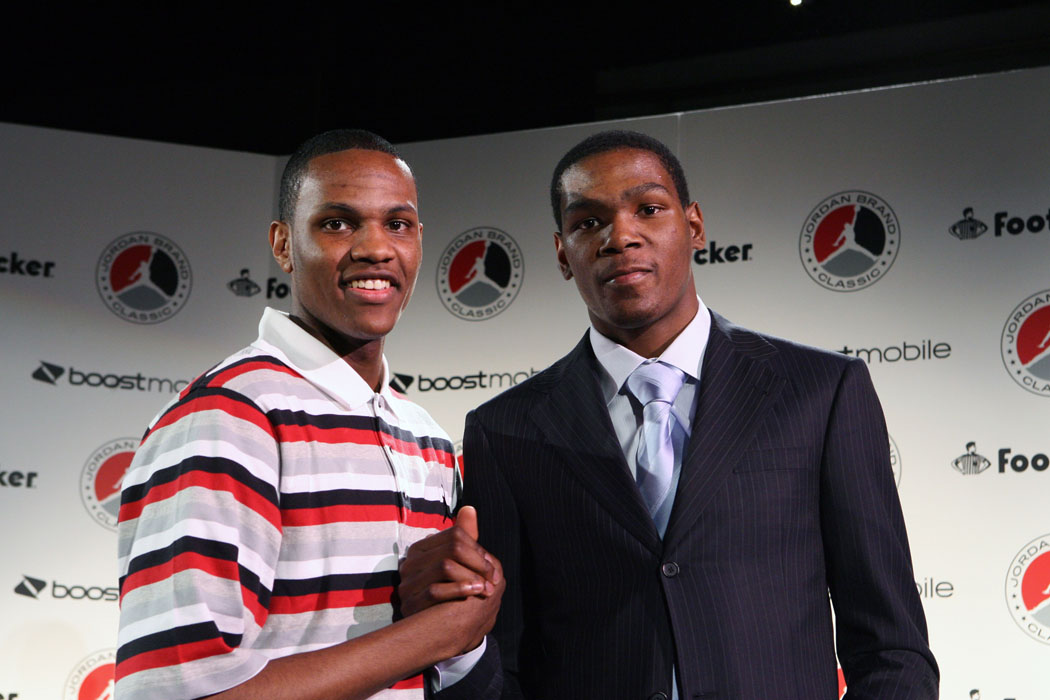 Last year we set the internet on fire with our Jordan Brand Classic game week diary, which was delivered by Patrick Patterson, who spent the week debating what college to attend. We went in a similar direction this year, as Indiana signee Devin Ebanks, who is now free to go somewhere else after Kelvin Sampson was let go, takes his time making his own decision. We featured Devin in the Punks section of SLAM two issues ago, but Devin has a lot more to say (and not just about the college choice, though most of our new commenters have a one-track mind). Read below for Devin’s first-person take and, in the event you didn’t get to the game or see it on TV, read all about it at JordanBrandClassic.com.

As told to Konate Primus

You guys ain’t hear from me in a few days because I’ve been kind of busy with all this Jordan stuff. On Friday we went out to P.S 307 and read books to the li’l kids; that was cool because they enjoyed it showed us a lot of love. Later on we had our East vs West scrimmage I was telling y’all about before. Yeah, we (the East) we got our asses kicked, but it’s all good—it was just a scrimmage. It was me, Tyreke Evans, Kemba Walker, Al- Fariq Aminu and Tony Woods against Wesley Witherspoon, Brandon Jennings, Greg Monroe, Demar DeRozan and Jamychal Green. We had mad fun!

The awards dinner was on Friday too, that was pretty dope. I thought that’s when were going to meet Michael Jordan but we met him at the Garden on Saturday…and it was unreal. I can’t really say more than that, just unreal! But the dinner was cool, they were playing a lot of old school music like Marvin Gaye, it felt good. We had the Jordan game on Saturday and I wasn’t really nervous but more so ready to perform and play ball. I had a lot of mixed feelings but all in all it was a great experience. My fam was there, I was repping NY, I had like 18 pts and 6 rebounds—not my best, and we lost 124-114, but it was good playing with those guys. This whole weekend has been a ball…besides Michael I got to meet Kevin Durant (pictured) and a whole lot of other people. Thanks to everybody at Jordan Brand: this was a experience I will never forget!

Me and the guys were having a discussion about the NBA playoffs and I’m real excited to watch them. I don’t even know who’s going to take it all but I know who ever comes out of the West is your best bet. The Celtics will probably make it out the East, but the West is craaaaaaaaaaazy right now. I don’t know—it’s definitely going to be a fun playoffs.

I really appreciate all the love I’m getting on the site. This lets me know that all my hard work is paying off, but I know I have so much more to work on and I’m going to do just that. I still haven’t decided where I’m going yet but whereever I go I’m going to work hard and do the right thing. I’m at the same place I was at before with this school decision. As soon as I decide y’all will find out. Until then, it’s been real.