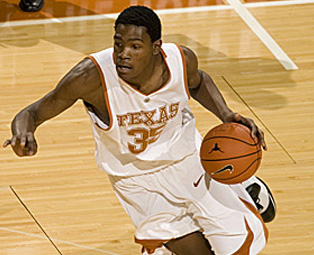 No, I’m not from Chicago and/or on the Oak Hill payroll. It just so happened that the then-No. 1 team in the nation played Simeon Career Academy of Chicago, featuring the nation’s top point guard in Memphis-bound Derrick Rose, last week. If Rose doesn’t look forward to seeing anyone from SLAM at his games for the rest of his career, I can’t blame him. When I saw him play in Chicago a couple of weeks ago, his Simeon squad fell to city rival Farragut. While Rose clearly has tremendous ability, he didn’t do much to back up his rep as one of the nation’s best. When Ben Osborne saw him play at the Garden last weekend, Simeon lost again, this time to NYC power Rice. Rose didn’t have his best outing in that game, either and simply put, neither one of us thought he quite lived up to the hype. But against a far superior opponent (not that Farragut and Rice are any slouches), Rose made us look like liars, blind men or a combination of both.

• Simeon, then USA Today’s 22nd-ranked high school team after their two setbacks, was taking on the juggernaut that is called Oak Hill. I watched Oak Hill’s early-season squeaker over Norcross and I saw Simeon live a few weeks ago, so I figured that unless Rose dominated the game from start to finish, Simeon might be able to keep it close, but would ultimately lose. Simeon won last year’s state chip in Illinois, has three D1 signees and is seen as one of the best teams in a long time in talent-laden Chicago, but on paper, they are no match for Oak Hill. While Rose’s court vision, hops and ability to get to the rack were all impressive, he hadn’t shown a consistent outside J or the aggressiveness needed to take over a game when I saw him play. On top of that, he’d have to deal with lefty whirlwind and USC commit Brandon Jennings, the top point guard in the 2008 class. While I liked Simeon’s forwards Kevin Johnson and Tim Flowers, I didn’t think the future Wisconsin-Milwaukee duo could hang with FSU signee Julian Vaughn and top junior Howard “Trey” Thompkins (both 6-9) on the inside for an entire game. Wings Brandon Hall (6-2 shooter) and Bryant Orange (6-3 power swingman) were nice players, but I couldn’t see them holding Nolan Smith and Alex Legion (headed for Duke and Michigan, respectively) in check. Still, with Simeon playing in their backyard at the University of Illinois-Chicago and Rose eager to bounce back from his last two lackluster performances, anything could happen. Here are some notes:

• Early on, the game seemed like it would turn into another inevitable Oak Hill win. Neither team started particularly well, but I was paying close attention to Rose. Some early turnovers and missed shots, combined with Oak Hill getting buckets from a variety of sources, didn’t bode well for the hometown kids. But after ESPN’s Doug Gottlieb talked about how John Calipari told him Rose didn’t take over in Simeon’s loss to Chi rival Farragut in the tourney I attended, the kid they call “Pooh” started to assert himself. Rose got his first bucket on a gorgeous double-pump move off the glass. He continued being aggressive with the ball in his hands, pushing the ball in transition or breaking down the D in the halfcourt to find teammates for open jumpers or layups. As Ben texted me during the game, “D. Rose is playing twice as good as he did Sunday.”