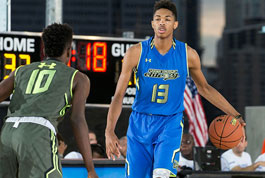 Just six days after receiving a commitment from five-star point guard Derryck Thornton, the Duke Blue Devils got a pledge from another top-ranked recruit on Monday night when 6-8 swingman Brandon Ingram announced during a press conference that he’d also be taking his talents to Durham in the fall. He also considered UNC and Kansas.

More from the Fayetteville Observer:

“It’s been a long process,” Ingram said after stepping to the podium. “I thank my teammates for coming out here and supporting me. Next fall I will be attending Duke University.”

Former Kinston star and UNC player Reggie Bullock was taking in the scene from 11 rows up, smiling, shaking his head and looking at his phone. Scattered in the bleachers around him, there was a conspicuous amount of excited fans in dark blue.

North Carolina and Kansas had been in the hunt for Ingram until the end. But a few weeks removed from winning their fifth NCAA title, the Blue Devils’ hot streak continued.

Among prospects in the state, Ingram was this year’s top prize. A 6-foot-8 wing, he helped lead Kinston High School to four straight state titles. Already a highly touted recruit, his stock soared after scoring 15 points and grabbing five rebounds in the McDonald’s All-America game and scoring 12 points at the Nike Hoop Summit. ESPN has him ranked third in the class of 2015 while Rivals has him slotted fourth. 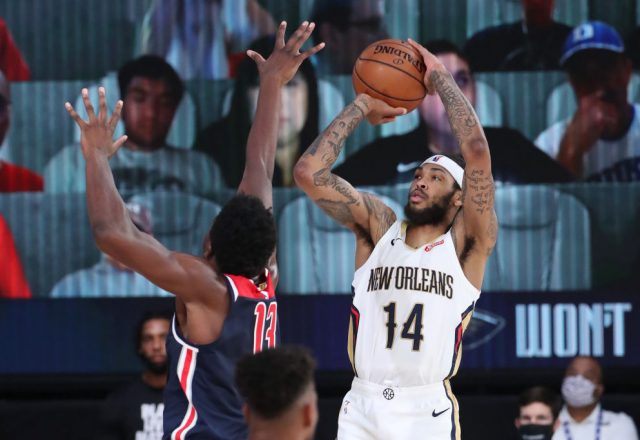