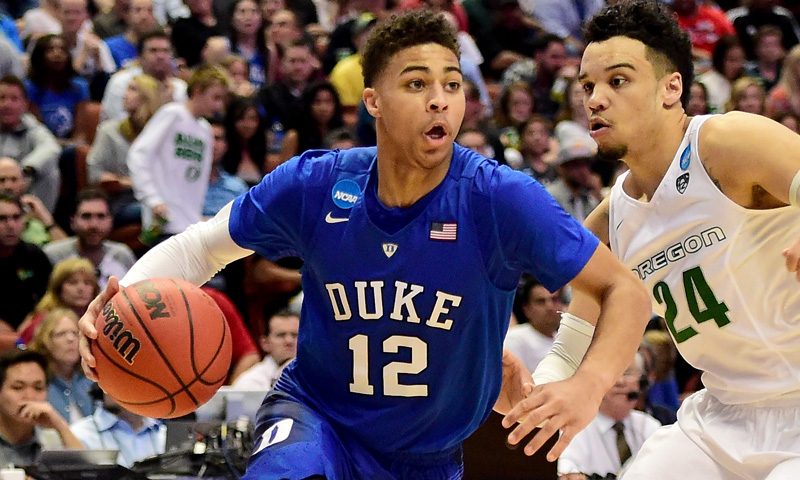 Arguably the top transfer in college basketball has a new home.

Ex-Duke guard Derryck Thornton recently announced that he will transfer to USC. He will need to sit out during 2016-17, but once that’s over with, he’ll have three years of eligibility for the Trojans.

A five-star prospect out of high school, Thornton announced his intention to leave the Blue Devils in April after averaging 7.1 points and 2.8 assists in 26.0 minutes per game as a freshman.

While there was some controversy over his decision to leave Durham—his uncle went on a Twitter rant claiming that Thornton was lied to—the Los Angeles native said that his transfer was rooted in his decision to play closer to home.

“He really got along with (associate head coach) Tony Bland, Enfield and the whole staff,” said Derryck Thornton, Sr. “He liked all four staffs but it was really the trust level at USC with Bland and the staff and the comfort of being home.”