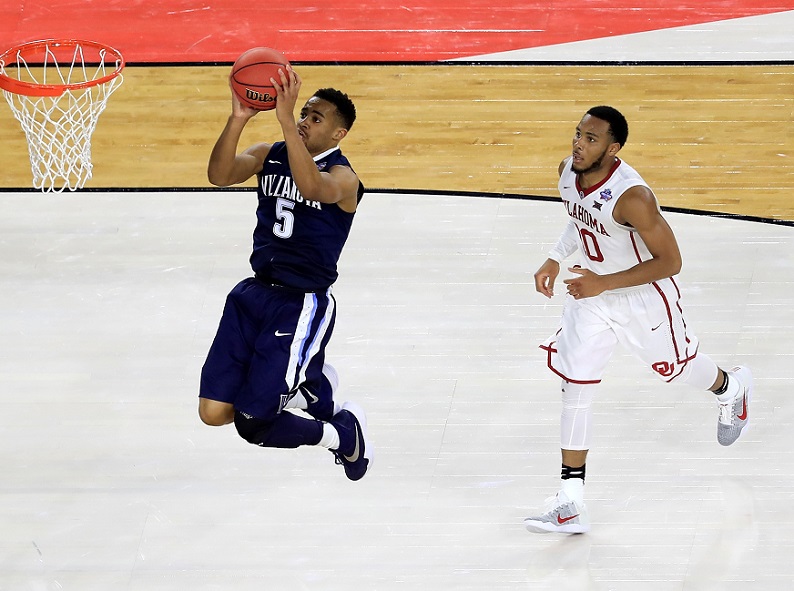 Either head coach Jay Wright and his Villanova Wildcats hopped into a hot tub time machine to travel back to 1985 or they were feeling extremely nostalgic in their 95-51 dismantling of the Oklahoma Sooners in the first semi-final game at NRG Stadium in Houston.

After sharpshooter Buddy Hield started the game off with a deep three pointer, the ‘Cats took control, scoring in bunches from all over the raised parquet.

Junior Josh Hart nailed a jumper from behind the arc in the waning moments of the first half to put ‘Nova up 42-28. Hart went to the locker room with 15 points to Hield’s 7.

Unfortunately for the Sooners, the second half was even more outlandish than the first for ‘Nova, who shot lights out for most of the game for an improbable 70% from the floor, the highest field goal percentage for any team in the Final Four except, of course, for that ’85 ‘Nova team that beat the Georgetown Hoyas for the title.

Hart led all scorers with 23 points, followed by Kris Jenkins, who finished with 18 and 8 rebounds. Jordan Woodard, who finished with 12, was the only OU player to reach double figures. Hield, a likely high lottery pick in the upcoming 2016 NBA Draft, ended his storied college career with 9 points in an extremely lopsided loss.