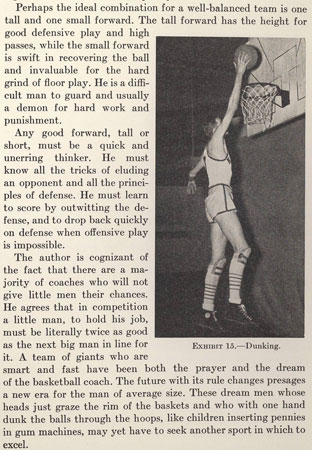 How old, really, is the dunk itself? Nobody knows. It may be the most well-known athletic feat in all of team sports—with a visceral appeal that plays a major role in basketball emerging as the world’s second most popular sport—and yet its origins remain shrouded in mystery.

Clearing away some of the mist starts with straightening the record. For instance, it’s commonly thought the word “dunk” in a basketball context wasn’t invented until 45 years after the game’s birth, and that in those first decades the act was the sole domain of giants.

Both these beliefs appear to be false.

Joe Fortenberry, a 6-8 Texan who captained the US team in the 1936 Olympics, is widely believed to be the first person to dunk in an organized game. At those Berlin Olympics, Fortenberry’s height intimidated shorter opponents, to the point where the Japanese proposed barring any Olympic basketball players over 6-2, according to the New York Times. Even this limit wouldn’t much help the Japanese, who were apparently much shorter, Times columnist John Kieran wrote: “That would still leave the little chaps from the Land of the Rising Sun running harmlessly down under while a lot of big fellows from some other country were passing the ball from hand to basket overhead.” Another Times writer noted Fortenberry had the awe-inspiring ability to “pitch the ball downward into the hoop, much like a cafeteria customer dunking a roll in coffee.”

This description “gave birth to the moniker ‘dunk,’” Carson Cunningham wrote in American Hoops: U.S. Men’s Olympic Basketball from Berlin to Beijing. Not so. The term had been used at least three times in the preceding two years, indicating the act wasn’t unknown in the early 1930s. The earliest mention I found is in a January 12, 1935 account of University of California, Davis star Bernard “Darney” Dobbas. In a win against Chico State college, Dobbas poured in 27 of his Aggies’ 42 points. With less than 10 minutes left, “the six-foot-two center busted through again and dribble[d] down court for another ‘dunk’ shot to give his team a 33-32 lead,” reported the Woodland Daily Democrat.

It isn’t clear if the “dunk” described here is what we recognize as a dunk or something way less cool. In some basketball accounts of the mid-1900s, “dunk” simply meant to score in any way. It probably doesn’t mean jump shot or lay up here because, in other parts of the UC-Davis game report, the writer specifies a set shot attempt as “looping” and notes that at one point Dobbas converted a “tip-in.” “Basketball was more awkward then, for sure, but there was also tremendous athleticism on a relative scale,” basketball historian Claude Johnson wrote in an email.

In the 1920s, the leather ball itself was awkward—on average a couple inches wider and couple ounces heavier than the modern version. Joe Lapchick, an elite pro player of the era, described it as a “bulky pumpkin,” “lopsided and blackened by dirt and age” in historian Murry Nelson’s The Originals: The New York Celtics Invent Modern Basketball. Nelson adds, via email, this larger, slicker ball would have been harder to palm than later, smaller versions, making dunking in the 1920s a less likely event.

The nascent dunking of the 1930s wasn’t done often, or with any flair: The act was often seen as showboating, and those players who did too much of it could be undercut and injured by opponents. Big men had less to fear along these lines.

Big men dunkers got more ink as they took center stage in a growing controversy over the evolution of the game. By 1940, players 6-8 and taller were increasingly filling the rosters of elite college programs and “the game kind of devolved from the passing game that was so popular in the ‘20s and ‘30s,” NBA Hall of Famer Dolph Schayes said in a telephone interview. A group of sportswriters and college coaches, led by Kansas’ Phog Allen, worried fundamentals were deteriorating. “Many people claim that there is no premium on accuracy,” a columnist for the Helena Daily Independent wrote in 1940. “That instead of beautiful shooting—slap happy basketball has resulted with wild throwing from every possible angle calculated to get the ball into range of the backboards where the skyscraper boys bat it down for two points.”

Essentially, the problem was too much dunking and basket interference, which was allowed then. Legal goaltending was also becoming epidemic. As a cure, Phog Allen proposed raising the rim from 10 to 12 feet to lessen the giants’ advantage inside. “Dunking does not display basketball skill—only height advantage,” Allen wrote in his 1937 book Better Basketball.

Even then, Allen foresaw a day in which the likes of LeBron James, Kevin Durant, and Anthony Davis would dominate. “A team of giants who are smart and fast have been both the prayer and the dream of the basketball coach…These dream men whose heads just graze the rim of the baskets and who with one hand dunk the balls through the hoops, like children inserting pennies in gum machines, may yet have to seek another sport in which to excel.”

Drop Allen into the midst of this weekend’s All Star Game festivities in New Orleans, and he very well may think he’s watching a different sport. Very little in the modern game resembles the one invented by Allen’s mentor, James Naismith. There are still similarities, of course. You still have to get a ball through a rim – even if a peach basket bottom no longer prevents it from dropping to the ground. And revolutionary thinking is still prized.

Recent Slam Dunk champions have won through clever use of props: Blake Griffin dunked over a Kia, Dwight Howard dunked while wearing a Superman cape, Nate Robinson dunked over a Dwight Howard. Coincidentally, in the early 1910s, a kind of prop also enabled Jack Inglis to win a place in history. In that rough-and-tumble era, wire cages surrounded many basketball courts to protect spectators from the players, and visa versa. In one game, Inglis, a star guard who played pro ball in Troy, New York, “ jumped up alongside the basket, grabbed the cage, and pulled himself up alongside the basket,” according to author Bill Gutman. “While the defenders looked up at him helplessly, a teammate passed him the ball. Inglis caught it while hanging onto the cage with one hand and dropped it through the basket.”

The first known dunk and alley-oop, all rolled into one.

Evin Demirel blogs more about history’s first dunks at his Sports Seer blog, where he includes the second-oldest image of a dunk known to mankind. This article was originally published by The Daily Beast. 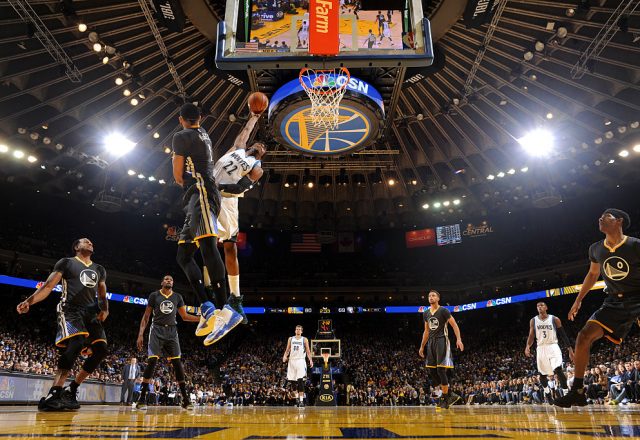 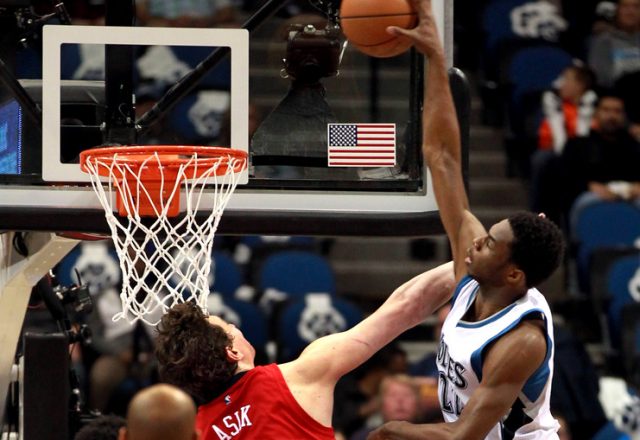 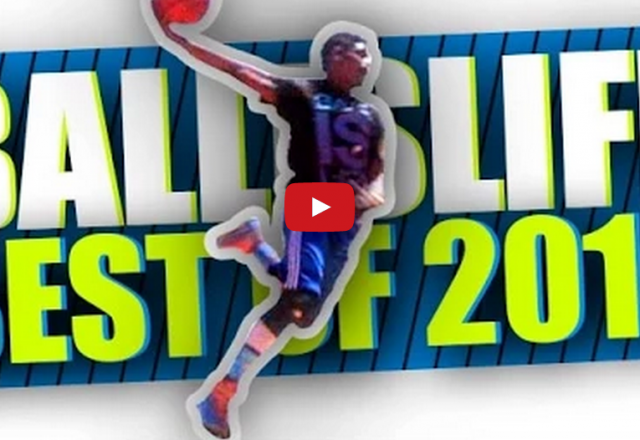 This New Ballislife ‘Best Of’ Mixtape Is Crazy (VIDEO) 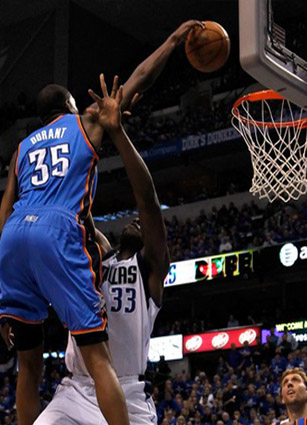 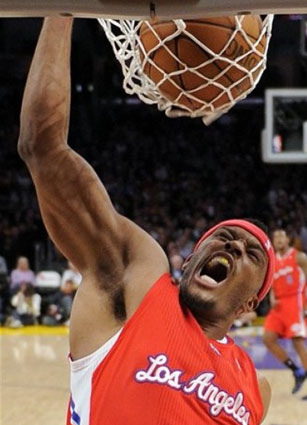 From Dan, To San: A Winter Breather