Five Under the Radar Freshmen 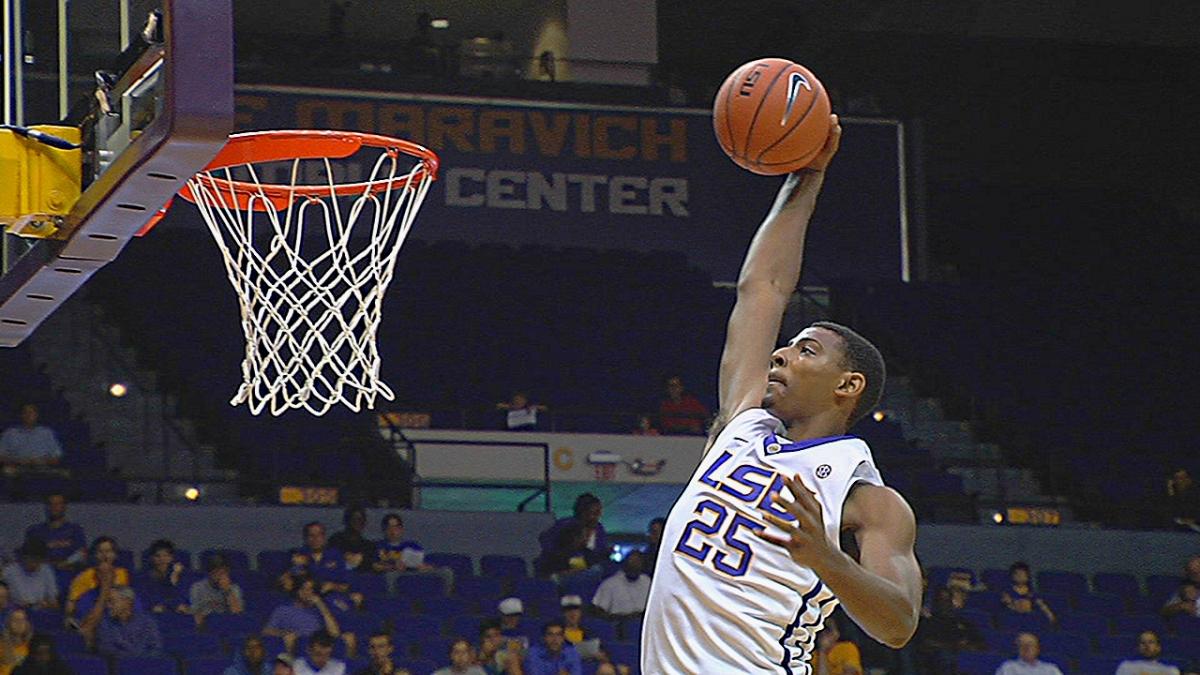 It goes without saying this has been “the year of the freshman” in college basketball. In spite of near-ridiculous expectations, high profile youngsters—such as Andrew Wiggins, Jabari Parker, Tyler Ennis, Joel Embid and so forth—continue to rise to the occasion and excel in the spotlight.

That being said, the media would be remiss to solely focus on the projected one-and-dones. There are freshman in every conference, big or small, making significant contributions to their respective teams—guys who’ve already cemented their spot in the rotation, guys who’ve already shattered their once-perceived ceiling, and some who could potentially play in the NBA.

Below are six “under the radar” freshman—five active, and one sidelined due to injury—with the talent and upside to make noise nationally. Again, there are freshmen in all tiers of college basketball—from Villanova’s Josh Hart to BYU’s Erik Mika to Marshall’s Kareem Canty—making it look easy. However, I’ve only included players I’ve seen live. This is not an all-encompassing list; it’s simply a way to shed light on a handful of freshman who, despite not being in the national picture, are forces to be reckoned with.

Overshadowed by teammate and McDonald’s All-American Jarrell Martin at the start of the season, Mickey quick established himself in Baton Rouge. He posted 14 points, 10 rebounds and 5 blocks in the season opener vs. UMass, and for the most part hasn’t looked back since.

I first observed Mickey as a rising high school senior, where he appeared to be on the cusp of “breaking through.” Two years later, I feel even more confident about that sentiment—I believe Mickey is a jump shot away from cementing himself as a first-round draft pick.

Mickey is a bouncy 6-8 athlete who finalizes plays inside the foul line on offense, and locks up your best player on defense. He has the potential to be a two-way star. Persistent on the glass, attacks the rim with purpose, and has interior touch to go along with athleticism. Excellent shot blocker on defense (he’s recorded at least five blocks in eight games this year), and with some development of his offensive game, Mickey could be a star.

That being said, right now Mickey is overly reliant on his interior game—80% of his shot attempts this season have come in the paint, which isn’t sustainable if he’s going to extend his game to the perimeter. But if his shot begins to drop, he could be in the running for SEC player of the year next season.

Virtually unknown coming out of high school, Amida Brimah has been one of the biggest surprises in all of college basketball. 7-feet, runs the floor like a deer, nimble feet and blocks everything in sight.

Brimah is extremely active and is already a repellant in the paint. He’s a project offensively, building his game from scratch after emigrating from Ghana three years ago. With continued physical and skill development, Brimah’s upside is through the roof. He’s already dominating stretches of games, simply based on effort and shot blocking.

Jordan has great size for a point guard and attacks the basket with conviction. He’s strong enough to finish through contact, routinely overpowers defenders on the college level. He wisely chooses when, and where, to attack the defense.

He has the potential to be an elite defender. Good size, length and strength, but most of all he embraces isolation defense. Earlier this season, I witnessed Jordan essentially shut down Tyler Ennis in the second half of the Syracuse-St. John’s game.

All that said, two things need to happen for Jordan to realize his potential: 1) St. John’s has to give him the keys to run the offense (and if you know anything about St. John’s, it’s that they have no semblance of consistent offensive structure), and 2) he needs to improve his jump shot (per Synergy, Jordan is a putrid 9-42 on jump shots this season).

If his jump shot comes along, though, Jordan has all the ingredients to be an all-League player next season.

Talk about resiliency. After suffering a ruptured appendix during New Mexico’s trip to Australia in early August—in which he lost 20 pounds in a matter of days—and then having to battle mononucleosis in October, Cullen Neal has been a solid contributor for the Lobos all season.

Neal has terrific size for a point guard at 6-4, with the flair and style of a showman. Near-perfect court vision, impeccable timing on his passes, and tight handle. Add in terrific range on his jump shot, and Neal could develop into a 17 point-and-8-assists point guard in the Mountain West. His passing skills are already there, but his shooting is the X-factor in my opinion—freshman typically struggle in this regard, yet Neal is shooting 53 percent off the dribble, and his 1.26 points per attempt rank in the 96th percentile nationally.

He scored 24 points (6-8 from three) vs Marquette earlier this season. Neal will presumably fill the positional void left by Kendall Williams next season, and will lead New Mexico for the foreseeable future.

The freshman from Brooklyn is a dynamic scorer, but hasn’t cared much for efficiency. While Severe can rain down jump shots, he often jacks up shots early in possessions and freezes out teammates. You’d be hard pressed to find a player with a greener light than Severe.

Overall, Severe can put the ball in the basket, but sometimes at the expense of developing a flow within the offense. If he can “process the game” at a slower, more comfortable speed, his game will rise to another level.

A 6-6 shooting guard with a smooth jump shot and impressive body control, Hubbs is one of the more under the radar players in his class. He was expected to provide a scoring punch off the bench as a freshman, and then take over primary scoring duties next season.

Unfortunately, those plans were derailed by a season-ending shoulder injury, and Hubbs finished the season with modest averages of 5 points and 1.5 rebounds in 12 minutes per game.

Nonetheless, I remain steady in my assertion that Hubbs is a future first-round draft pick. His combination of physical tools (6-6 frame, long arms, crazy hangtime) and skill (shooting off the dribble, angling his body mid-air like few others ca), leads me to believe Hubbs could bolt Knoxville for the L after next season.

Despite the injury, my stance remains: in terms of “elite freshman shooting guards,” Hubbs is right there with Aaron Harrison, Zach LaVine, Wayne Selden and Marcus Foster. Like I’ve said before, he may even end up as the best pro.