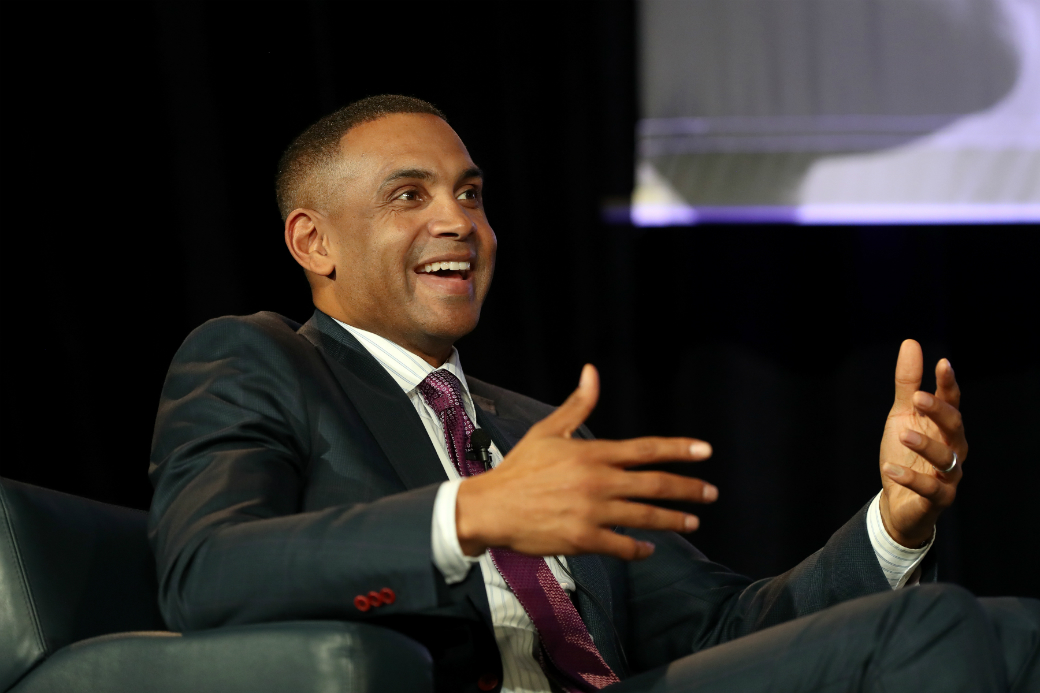 With March Madness officially getting underway tonight, SLAM caught up with two-time NCAA champ and current Turner Sports analyst Grant Hill to break down the bracket, reminisce on his Duke days, and more.

Hill shed light on a few of the major storylines to monitor this year, including: Will No. 1 seeded Virginia finally find postseason success? Who will emerge from a tough Midwest region that features historic programs like Kansas, Duke, and Michigan State? And what potential sleeper team can make a run?

He also stressed the immense level of parity in today’s college game: “Usually when I set up my brackets, I probably have two or three No. 1 seeds [in the Final Four]. I’m not sure I’m willing to do that. It’s possible that no No. 1 seeds makes it.”

Read more from Grant below.

SLAM: Is there a particular sleeper or upset team that stands out to you?

Grant Hill: I do watch a lot of ACC basketball, for obvious reasons. I like Virginia Tech. They’ve had some really good wins, they’re battle tested. They played in the ACC which had nine teams from the conference make it. They’re a team that is capable and certainly can go for a nice long run.

I love San Diego State and Steve Fisher, and the potential matchup with Michigan in the second round. Steve Fisher coaching against Michigan, a team that he took to a championship. But [SDSU] is a team that is always good, always talented, well-coached. And a lot of people don’t see them and they’re not on the radar like other programs.

Another team—they are a No. 2 seed so it’s kind of hard to call them a sleeper—but I think Cincinnati is a team that can get to the Final Four. I’d love to see that matchup of No. 2 Cincinnati vs. No. 1 Virginia—two great defensive teams going at it. It’s hard to call teams sleepers because I think there’s a lot of balance. There are a lot of teams that are capable. I just think it speaks to the level playing field.

SLAM: What about an unheralded player that you think could break out in the tournament?

GH: I think Rob Gray from Houston. He’s a very talented point guard. He’s a senior, he’s athletic, he’s the emotional leader for that team. And you get him in the tournament against a team that’s not accustomed to seeing him, he could put up a lot of numbers at that point guard position for the Houston Cougars.

At the end of the day, in terms of great performances, in the game now I believe you need to have dominant guard play. You need to be able to have a point guard or lead guard who can score and control the game. And obviously those teams that have that position themselves nicely to really have a nice run and emerge on a big stage when the whole world is watching.

SLAM: You spent four seasons with Mike Krzyzewski at Duke. Beyond his obvious knowledge of the game, what makes him such a great coach?

GH: I think there’s a lot of qualities that made him a great coach. And as great as he was, he’s even better now. I think he’s a great communicator, he’s a relationship coach. He really understands people and takes the time to get to know who you are and how you can best succeed. And then he tries to put you in those situations where individually you can be successful but within a team framework. That’s what always has impressed me about him. He can connect with you. He can get the most out of you. And he can adapt and adjust to who you are, to what the team is year in and year out. I really do think that’s where a large part of his genius is at.

SLAM: From your experience, what are the keys to winning a national championship? What does it take to get it done?

GH: Well there’s the obvious, you have to have talent and great coaching. But I think as you get into the tournament, and this is even more the case now with technology and all the so-called distractions that are there, you have to have an incredible focus.

One thing that we did, and Coach K really set the tone with this, was we just focused on what we called ‘four-team tournaments.’ It wasn’t like we just focused on one team, we focused on all three teams. Like we’re in this tournament next weekend, [we have] our opponent on Friday and then the winner of so and so game—we’ll meet them on Sunday. That was not disrespecting or looking past that first opponent. But I think when you look at the entire 64, or now 68, teams, it can be overwhelming. It can just be a lot.

We just focused in on those four teams, including ourselves. Let’s win this little four team tournament this weekend. Let’s not get caught up in all the hype. Let’s just be locked in in terms of what’s ahead this weekend. Once you advance week to week, and you get to the Final Four and Finals, our approach was the same. Nothing changed from that first weekend until the last weekend.

And sprinkled in throughout the course of the season, [Coach K] would always schedule two or maybe even three sets of games where you had two games in three days. So it might be like a Wednesday game and a Friday game, where you had a day in between. That was always done to prepare us for the tournament. The whole idea of mentally and emotionally being ready, and then on a quick turnaround, recovering and then getting yourself ready for that second game in three days. It wasn’t just OK, flip the switch now that we’re in the tournament. It was, let’s prepare ourselves throughout the entire regular season so once we get there, we’re ready to go.

SLAM: You had the length-of-the-floor assist on “The Shot”—Christian Laettner’s game-winner over Kentucky in the 1992 Elite Eight. When those historic moments happen during the tournament, are you conscious of just how big they are?

GH: When that Kentucky thing happened, or I had a dunk against Kansas that was a big play, I never thought 25 years later people would still be talking about it. It speaks to the tournament, and how it affects people. I was a part of a couple of really cool plays, but there have been loads of other plays that are embedded in our whole psyche as a it relates to the tournament. I think of Dereck Whittenburg and Lorenzo Charles, Michael Jordan’s shot, Mario Chalmers’ three-pointer. I think of Gordon Hayward’s miss against Duke and how he almost hit that shot from half court. Or how Villanova won their championship. Those type of plays seem to go on and last forever.

The first tournament game I ever watched was 1982, North Carolina vs. Georgetown. And I remember watching that game in real time and Jordan hit that shot, and I’ve seen it hundreds, maybe thousands of times since. And it’s all associated with just what’s unique and special about the NCAA Tournament.

SLAM: Around this time, with excitement for the tournament building, do you find yourself going back and revisiting those moments?

GH: I don’t even really have to go and seek out the highlights, they seem to play them all the time. So I get to relive really special moments every year and also get to be reminded of a series of bad haircuts that I had back in the day [laughs]. But yeah, especially for me in this role. When I was still playing in the NBA, you would watch [the tournament] and you’d keep up, but you’re still in that NBA grind. Now that I’m retired, I’ve covered the games in some capacity for the last five years. Now that you’re in it, you’re there, you’re at the practices, and you’re interviewing the coaches, and you’re spending time with the players and the broadcast crew. It really does take you back.