Grayson Allen Decides Against NBA Draft, Will Return To Duke

The guard will go back to Durham for his senior year. 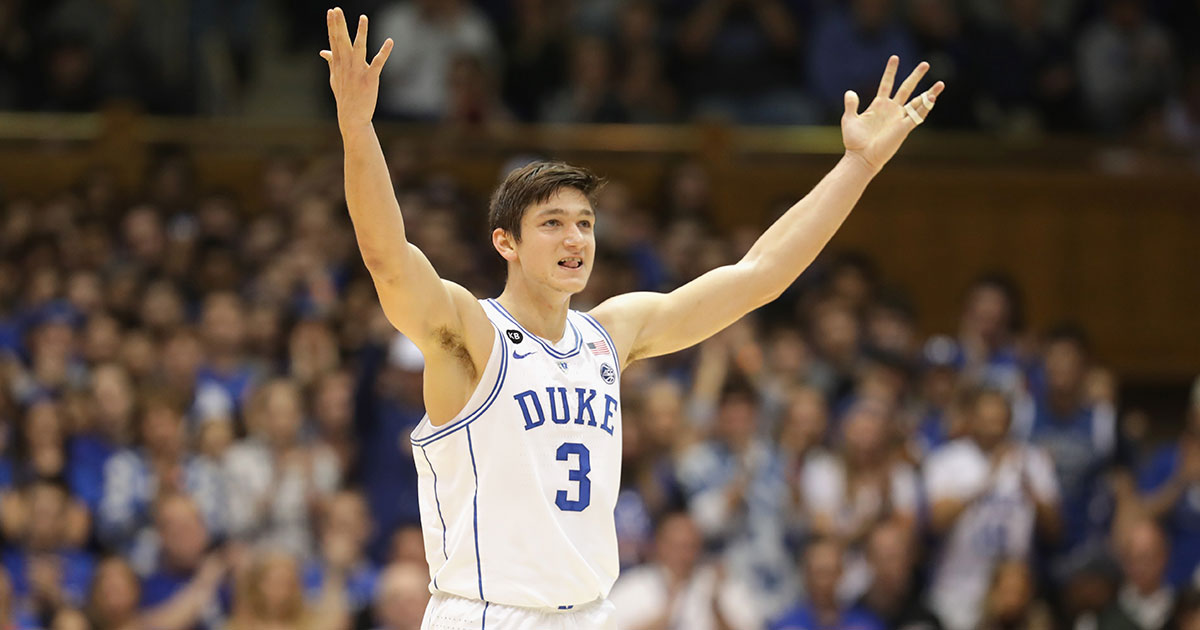 After careful consideration, Duke guard Grayson Allen has decided that he will return to college for his senior year instead of entering the 2017 NBA Draft. The decision was announced on Tuesday afternoon by the school. Allen has become a polarizing figure in the world of college basketball, mainly due to having built up a reputation for tripping and kicking players (on multiple occasions). After helping Duke claim the National Championship as a freshman, Allen was projected as a first-round draft pick, but his stock has fluctuated since.

Below is a statement from Allen via GoDuke.com:

“The last few weeks have provided the opportunity for a lot of reflection and prayer,” Allen said. “I’m a firm believer that when something feels right, you go with it. The chance to play with next year’s team just felt right. I’m completely focused on helping Coach K (Mike Krzyzewski) and our staff lead this team to a special season. I love being a Duke student, and continuing to be part of the university culture is something I don’t take for granted.”

He averaged 14.5 points and 3.5 assists per game this past season for Duke, who finished with a 28-9 record.