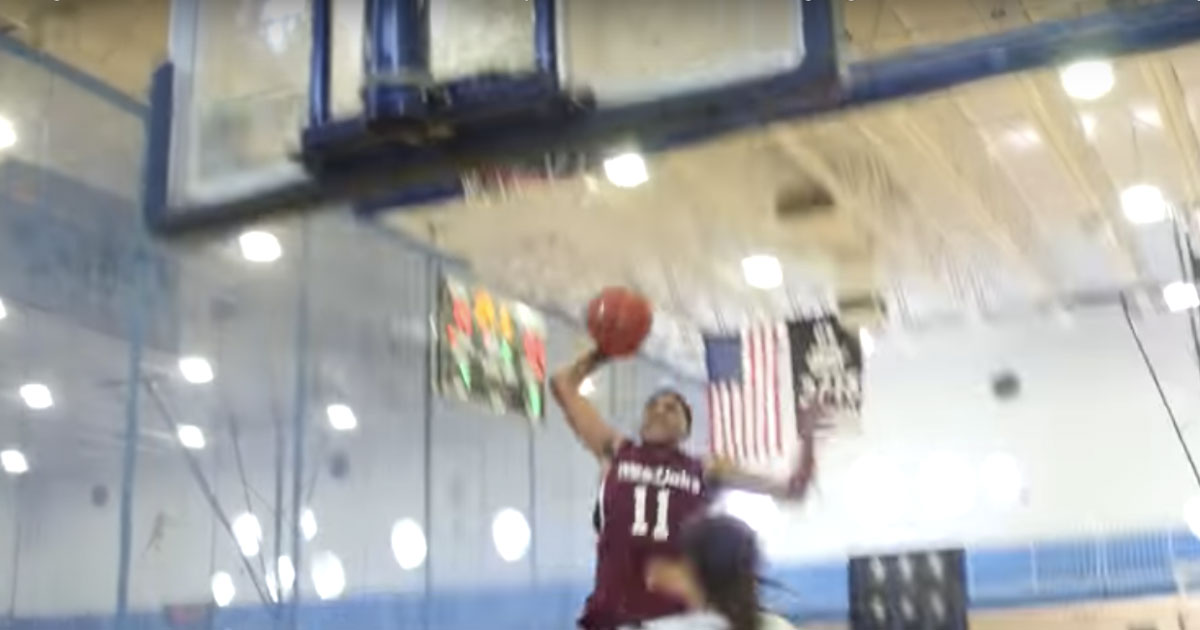 While the Sunshine State is known for it’s ballers, the area of the state that gets the most attention is certainly Central Florida. Not many venture down South, but they have plenty of guys who can hoop towards the bottom of the state and simply don’t get the exposure. Enter HoopMIA.

Part scouting service, part news outlet, part mixtape company, HoopMIA encompasses everything that you look for in today’s 21st century mixed media platform. Not only do they provide recaps of local games for free, but they then give you the highlights and send scouting reports out directly to college coaches. Colin Campbell and Jon Eisenman’s latest venture is now holding events for their city, hence The Warmup.

Held on the south side of Miami, “The Warmup” brought over 20 of South Florida’s finest programs together for somewhat of a pre-season tournament. With each team playing at least three games, scouts and coaches alike were able to get multiple looks at the 30+ D-1 prospects in attendance. Sunday ended with a playoff format, so not only were guys going for the college looks and exposure, they were playing for pride of the city. Ultimately, it was West Oaks who took home the ‘chip. However, there were still a number of other guys not on West Oaks who balled out over the weekend.

Here are a few of the top performers from HoopMIA’s “The Warmup”:

The most highly touted senior of the event, Ibrahim Doumbia showed why Frank Martin locked him up to play at South Carolina early in the process. The super bouncy forward crushed the rims in transition, controlled the paint as a shot-blocker, and showed potential as a pick and pop shooter out to the three point line. As the SEC level athlete continues to develop on the offensive end, he will certainly have

The best pure scorer in the event, LJ Figeroa straight got buckets no matter who was guarding him. The smooth two-guard shot the ball well from deep, pulled up off the dribble, and had a number of teardrop floaters over the top of the D. ‎Figeroa has firmly established himself as a high major recruit and will help in the scoring department from the jump at his next destination.

Perhaps my favorite player I saw in Miami, Nicholas Stampey was a straight up beast in the paint. He controlled the glass on both ends of the floor, ran the floor like no other, and simply punished the rim with his dunks. Stampey has the motor and work ethic that every coach dreams of from their enforcer in the paint. While some may be concerned with his lack of height, he makes up for it with his length and grit in the three second area. There is no doubt that Nicholas will find himself a home at the D1 level when it is all said and done.

A player who we had never seen coming into the event, it was immediately evident after one game that Northeastern got themselves a straight up steal in James Strong. The power forward finished well at the rim with either hand, showed off really nice vision out of the post, and has nice touch out to mid-range. If he continues to develop at this rate, there is no reason why Strong shouldn’t be an all conference performer by the time it is all said and done.

A member of Angola’s U-16 national team, Selton Miguel showed that he could play with some of the finest that the US had to offer. He was virtually unstoppable going to the rim (especially going right), created his own shot, and exhibited nice vision when he gave it up. Just a freshman, Selton Miguel has already shown that he is someone that you are going to want to follow.

Another surprise that we saw in South Beach was Bryce Sanchious. The younger brother of Murray ‎State forward Brion Sanchious, Bryce definitely carried on the family reputation. He shot the lights out of the ball, used his size to rebound well for a wing, and had a couple of big time blocks. Wide open as far as his recruitment is concerned, Sanchious is a sleeper that is going to make a college coach very happy.

One of the more athletic dudes of the event, Angel Smith put a hurting on the rims as Northeast went to the title game. The explosive wing dunked everything in the paint, showed off an explosive first step, and made his presence felt on the defensive end. As Angel continues to evolve on the perimeter, look for his recruitment to really explode.

One of the more intriguing long term prospects that we saw in South Beach was Tony Sanders. Running with Jamal Mashburn Jr., Sanders played both guard spots and used his length to create chaos on the defensive end. The package of size for his position and raw talent have gotten Sanders attention locally, but that should change as he is seen more on the national level.