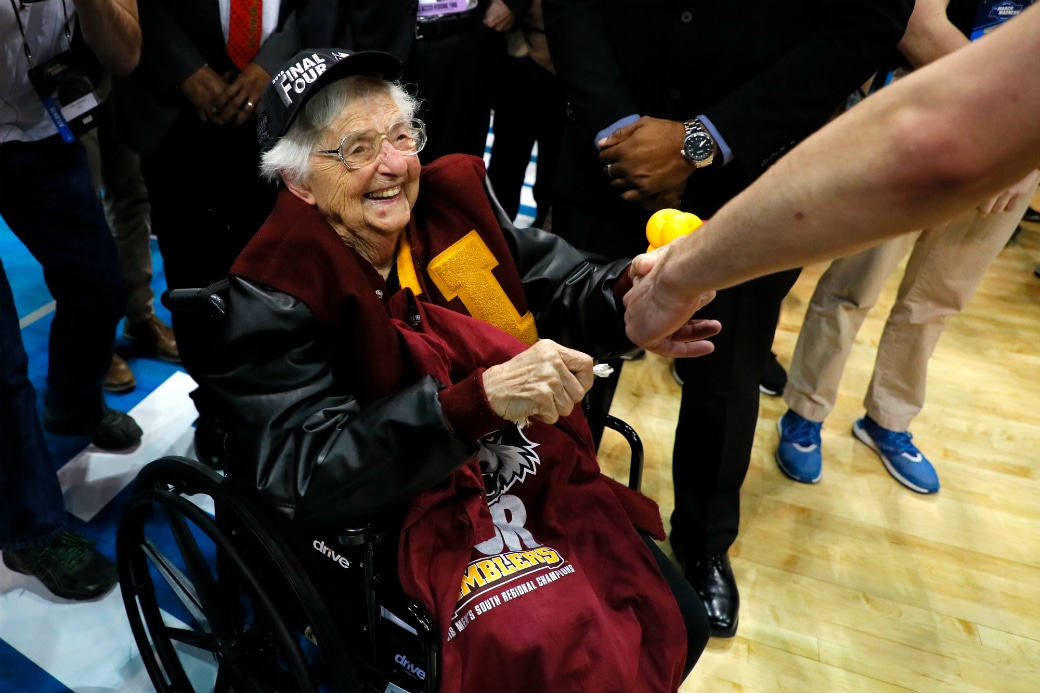 With No. 3 Michigan set to face No. 11 Loyola-Chicago in the Final Four, Jalen Rose‘s 100-year-old grandmother, Mary Belle Hicks, has a message for Sister Jean, via ESPN‘s Get Up:

Sister Jean Dolores Schmidt is the 98-year-old chaplain for Loyola who has become a national sensation during the NCAA tournament.

A member of the Fab Five, Jalen Rose played for Michigan from 1991-94.