With the ever-corrupt NCAA’s massive Tournament here once again, take a minute to remember the great Jerry Tarkanian. 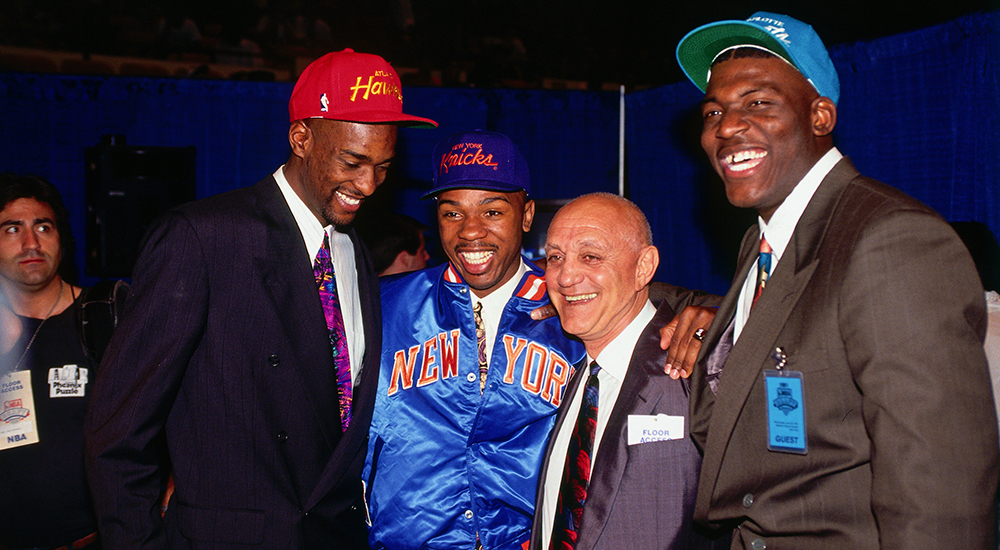 Whenever March Madness enters the sports ecosystem, it’s an opportunity to celebrate the young women and men who have been playing their hearts out since fall, shaping the narratives that make up our brackets. It is also that annual occasion for some of us to point out just how ugly the system has become. By now the arguments against the fake-amateurism of the NCAA should be familiar to anyone who has been paying attention: billions of dollars from the networks, millions for the coaches, and scraps for the players. By now, if you aren’t sufficiently shifted toward seeing the manifest injustices that comprise the NCAA…if the words of everyone from Shabazz Napier to Richard Sherman to Civil Rights historian Taylor Branch don’t shift your minds on this issue, there is precious little I could write that will make a lick of difference. Instead I want to tip my hat to a legendary Hall of Fame college coach who passed away in February, someone whose moral compass makes him extremely appropriate to this discussion. No, I’m not referring to the beloved Dean Smith. I am speaking about the man often caricatured as the devil on your shoulder, balancing the Angel of Dean. I’m referring to “The Shark,” Jerry Tarkanian.

Coach Tarkanian loved his players and hated the NCAA, full stop. He believed the governing organization of college basketball to be comprised of rank hypocrites who were making the lives of his players more difficult than they needed to be. But what made Jerry Tarkanian “The Shark” was that he was never shy about saying so. The NCAA kept a target affixed to Tark’s back and his response was to—figuratively—offer his backside in response.

What made Tark special was that his anger at the hypocrisy of the NCAA didn’t start in recent years. It didn’t start as the salaries of coaches and even some assistant coaches reached seven figures. Tark saw the framework of what was wrong with the NCAA decades ago and undertook an epic quarter-century battle against this mammoth bureaucracy erected to defend fake-amateurism-for-profit. Along the way he gave us memorable one-liners like his famous take that “The NCAA was so mad at Kentucky they gave Cleveland State two more years of probation.”

When individuals fight bureaucracies, they normally lose, but not Tark. He took them to court for harassment and after an odyssey of a legal battle, they had to pay him $2.5 million and issue an apology that read in part, “The NCAA regrets the 26-year ongoing dispute with Jerry Tarkanian and looks forward to putting this matter to rest.”

As Chris DuFresne wrote in the Los Angeles Times, “Many of Tarkanian’s long-ago missives about dysfunction within the walls of the organization he so derisively called ‘the NC-two-A’ were incredibly prescient. Just look at what a mess the NCAA turned out to be and how badly it bungled the Penn State and USC cases. See how foolish it looks on a regular basis as it capitulates on one pending lawsuit after another. The only thing Tarkanian did not live long enough to see was the NCAA’s going out-of-business sale.”

The reason why Tark had the last laugh was because he had one thing going for him that the sprawling bureaucracy of the NCAA could never match: the love of his basketball family.

Tark’s players cared about him because he gave the love back. He gave kids fourth and fifth chances when the NCAA had already written them off as toxic assets. Some of them did not work out, but for Tark it was the principle of not pretending that college sports was anything other than what it was. He refused, like so many of today’s preening hypocrites collecting their sneaker company checks, to back a system that goes out of its way to catch minnows while whales roam free. In honor of Tark, take a moment while filling out your brackets to hock a loogie in the general direction of NCAA headquarters in Indianapolis. You never know: We could create quite the flood.