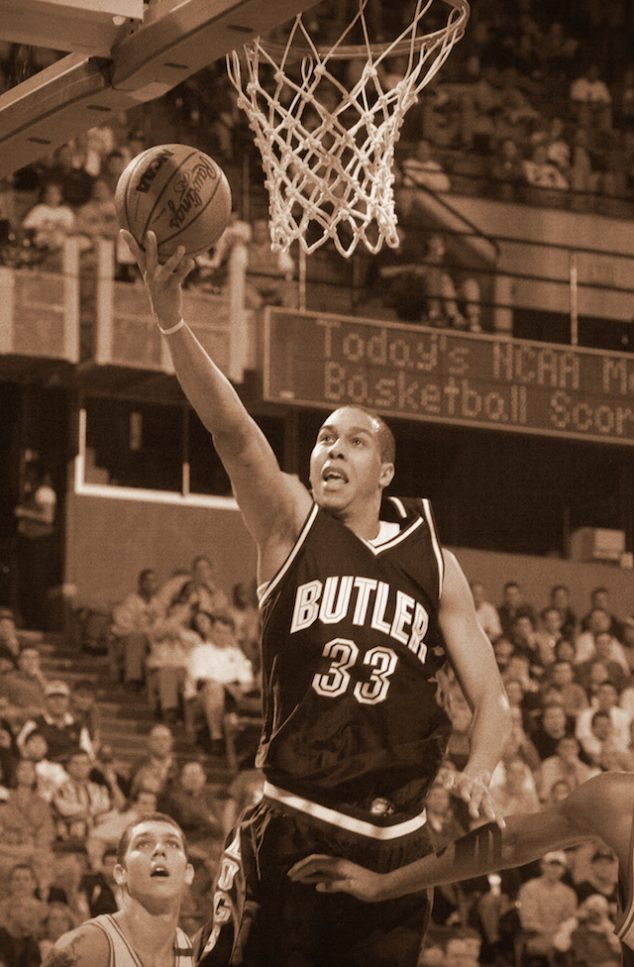 When you looked at Joel Cornette, you saw Goliath. The physical behemoth, who stood just south of 6-10 and weighed just north of 240 pounds, could scare you with just a stare and move you multiple feet with the slightest bump. When you talked to Cornette, though, you quickly realized that he had the heart of David. The charismatic native of Cincinnati made everyone feel like a close friend, tackling their problems as if they were his own.

The world lost both the lion-hearted David and giant Goliath on Tuesday, August 16, when Cornette was found without a pulse in his Chicago apartment. He was 35. Over the course of his short-but-accomplished life, he was a star basketball player on multiple levels, worked in college hoops and spent his final years as an NBA player-agent at Priority Sports. More than that, he was a standout human being who never let his accolades on the court surpass his kindness off of it.

“We all knew he played D-I basketball, but he never elaborated on the magnitude of his presence at Butler or in the basketball world,” said Andy Shiffman, who worked alongside Cornette at Priority and sat in the office across from him. “It’s a credit to his humility that he didn’t walk around bragging or boasting.”

As much as Cornette downplayed his playing days, there was a lot to talk about. As a senior at St. Xavier High School in 1999, Cornette was named the Greater Cincinnati League POY, First-Team All City and honorable mention All-State. After that, the man-child matriculated at Butler, where from 1999 to 2003 he helped navigate the program from afterthought to national sweetheart. While amassing over 1,000 points, 700 rebounds and 140 blocks, he played on Bulldog teams that won 100 games, made three NCAA Tournaments and reached a Sweet 16.

“He was the consummate teammate,” said Todd Lickliter, who coached Cornette for part of his tenure at Butler. “He was always about his team, teammates and the success of the university.”

In 2003, Cornette graduated with a degree in marketing. With the world in his oversized palm but basketball in his blood, he continued his playing career overseas. Three years later, Cornette joined the basketball staff at Butler. After a season there, he reunited with his old coach, Lickliter, at Iowa for three years. Still not done with basketball, Cornette scored a job as a color commentator with ESPN. Finally, from 2012 until his passing, he worked as the Director of Basketball Recruiting at the renowned Priority Sports and Entertainment.

The story of how Cornette got the gig at Priority was told at Hinkle Fieldhouse during his memorial service and is worth passing along. Before he hires anyone, Mark Bartelstein, long-time NBA agent and CEO of Priority, puts candidates through a scrupulous process. “Five, six, seven interviews to get final acceptance,” said Bartelstein. In the months leading up to Cornette’s hire, Bartelstein interviewed a wide variety of candidates who were presented to him by Priority employees. None, though, sold him. One day deep in the process, Cornette interviewed…and got the job on the spot. “I had six interviews and it took seven months before I got hired, and somehow Joel sold Mark in one meeting in a way no human has done before or since,” remembers Alex Tarshis, SVP of Athlete Marketing at Priority.

“Joel came in that first time, and I was awed,” said Bartelstein. “I pretty much asked him for a job when it was over.”

Had Cornette lived long enough, plenty of people would have ended up working for him. “He came in with so much energy, enthusiasm and passion,” said Tarshis. “Not a passion for making a lot of money or seeing his name on Hoopshype, but a passion for helping young men achieve their dreams.”

Even in the few years he worked as an agent at Priority, Cornette more than proved himself to be a smart hire and dreamchaser. The evidence is in the roster of players he was growing (Bradley Beal, Wade Baldwin IV, Sam Dekker, the Plumlee brothers and more), the rate at which they were improving, and the off-court images they were cultivating under his and the agency’s watch. Sadly, it’s also visible in their messages after his death.

“I lose a big brother, but gain an angel,” Beal wrote on Instagram. “Words can’t express the pain but I know you’re watching over me. Love you big bro!”

“Joel was more than just an agent to me,” said Dekker on Twitter. “He was an awesome man and unreal friend. Gone way too soon…gonna miss you man.”

“He was a gentle giant,” Bartelstein said. “A big man who had the biggest heart.