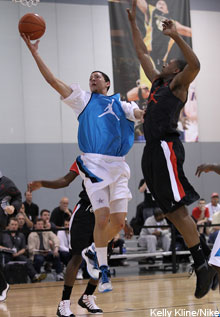 This Saturday afternoon, the city of Charlotte will play host to some of the nations brightest hoops talents as the Jordan Brand Classic high school All-American game comes to the Time Warner Arena.

Featuring the top 20 seniors in the land, the game, now in its

10th year, is know for being a platform for soon to be stars to showcase their skills. Past players include LeBron James, Chris Paul, Carmelo Anthony and more who have worn the Jumpman logo on their chest. This year’s crop of talent hopes to equal their elders in excitement and greatness. Players like Austin Rivers, Anthony Davis, Mike Gilchrist and more hope to place their names in the lights next to the past greats who played the game.

“It’s an honor just to wear this logo on your chest,” said Austin Rivers after his East team’s first practice on Thursday. “I grew up watching the game and seeing players like LeBron James and Kevin Durant play. It really is an honor to play in this game.”

While Austin Rivers expected to see his name eventually among the many that have played here, there are players like 6-11 Chicago power forward Anthony Davis who saw playing in the game as a one in a million chance.

“For me to just be here is great,” Davis said. “Early last year I wasn’t even rated. Now I’ve played in the Hoops Summit, McDonald’s All-American game, and now to play here and have the greatest player to ever play the game’s logo on my chest is a true honor.”

Aside from seeing great individual talent, the game also serves as a chance to see some future teammates build some early chemistry. This year’s games will features several pairs of players who will play together next year at the collegiate level. James McAdoo and PJ Hairston will see themselves wearing Carolina Blue next year when they suit up for Roy Williams and the UNC Tar Heels. Austin Rivers and Michael Gbinije will find their way to Duke and Coach K. But it’s John Calapari and the Kentucky Wildcats who will see Michael Gilchrist, Kyle Wiltjer, Marcus Teague and Anthony Davis playing alongside and against each other for what will be the first of many battles as the foursome take their talents to Lexington to play for Big Blue.

Hosting the Classic for the first time, the city of Charlotte has opened its arms for the game and the players. After Thursday’s media day, the players found themselves taking a visit to the NASCAR Hall-of-Fame where NASCAR star Denny Hamilin showed the players their way around a track. Later that day, rapper Jadakiss and G.O.O.D music artist Teyana Taylor played host at Strike City for a NCAA 2K challenge and bowling game where the players got a chance to have fun and be the kids that they are.

It’s no doubt that Saturday afternoon, after the final horns sounds that another great chapter in hoops history will be made, not just for the Jordan Brand Classic, but for the city of Charlotte and the fans as well. 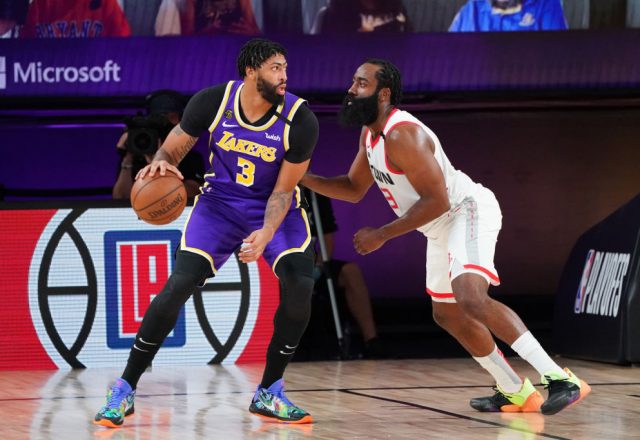