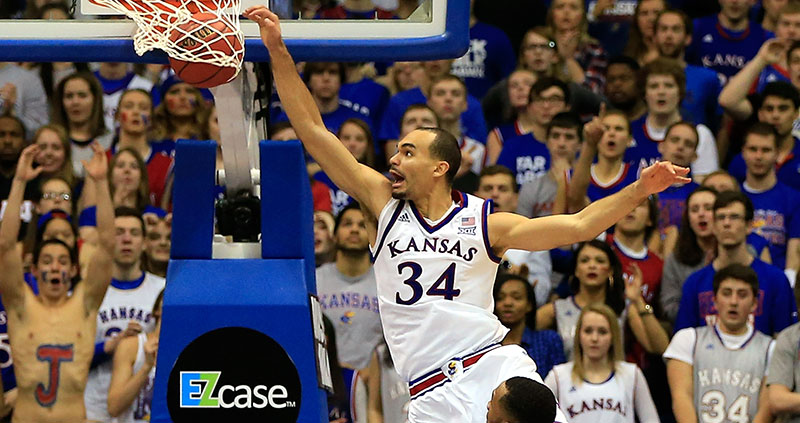 The Kansas frontcourt is already without star freshman Cliff Alexander due to questions about his eligibility for Thursday’s Big 12 tournament game against TCU. Now, the Jayhawks have to deal with an even bigger loss, as leading scorer and rebounder Perry Ellis will sit out with a knee injury.

Ellis—who is averaging 14.2 points and 7.0 rebounds this year for the No. 9 Jayhawks—suffered the injury during the squad’s 76-69 win over West Virginia last week.

From the Kansas City Star:

Ellis, a 6-foot-8 junior forward, is recovering from a sprained right knee suffered last Tuesday in a home victory over West Virginia. Self on Wednesday said he was hopeful that Ellis would be able to play on Thursday, but for now, he will rest another day.

Self said he was hopeful that Ellis would be available to play on Friday, if Kansas advanced to the semifinals. Ellis, an All-Big 12 selection, leads Kansas with 14.2 points per game. He also sat out last Saturday’s loss at Oklahoma.