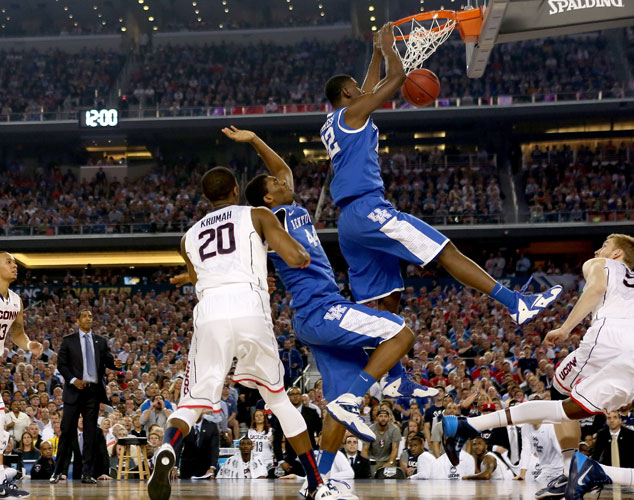 One of Kentucky’s veteran leaders is out for the remainder of the season. Junior forward Alex Poythress tore his ACL in his left knee during practice on Thursday, and will need to undergo surgery that will keep him sidelined until next year. The Tennessee native was averaging 5.5 points and 3.8 rebounds in 20.3 minutes per game for John Calipari’s Wildcats.

University of Kentucky men’s basketball junior Alex Poythress will miss the remainder of the season after tearing the anterior cruciate ligament in his left knee in practice on Thursday.

“When you’re coaching other people’s children and these children have high aspirations and unlimited potential – not only to do things for themselves but for other people – I can’t begin to tell you the feeling when someone gets hurt,” head coach John Calipari said. “My own son, Brad, tore his ACL last year. All I can tell you is I was physically sick when it happened to him. I feel exactly the same way now that it’s happened to Alex.”

A date for surgery has not been set yet. The normal timetable following ACL reconstructive surgery is six to eight months.

“Our team was devastated for Alex when I told them,” Calipari said. “There were tears throughout the room because this hurt them to the core. How they will respond I really don’t know, but I will do my best to be there for each of these kids.