The 6-4 guard was initially committed to California. 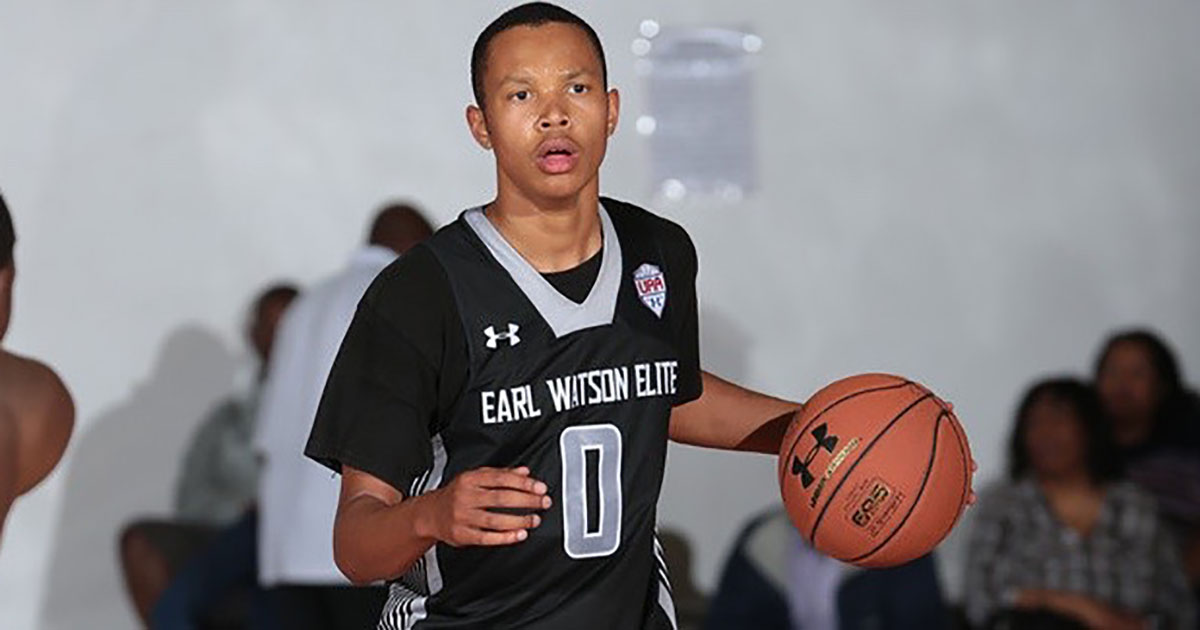 It all started when head coach Cuonzo Martin announced that he was resigning from Cal to take the helm at Missouri on March 15. Less than two weeks later Jemarl Baker asked Cal to release him from his letter of intent as a result. And now two weeks after parting ways with the Golden Bears, the top-100 recruit has announced that he is headed to Lexington. The 6-4 guard becomes the seventh Class of 2017 commit for the Kentucky Wildcats, who will also be adding Hamidou Diallo, PJ Washington, Nick Richards, Quade Green, Jarred Vanderbilt and Shai Gilgeous-Alexander this fall.

More from the Lexington Herald-Leader:

Less than a week after receiving a scholarship offer from the University of Kentucky, four-star shooting guard Jemarl Baker committed to the Wildcats on Tuesday.

Baker — a 6-foot-4 prospect from the Los Angeles area — emerged in recent days as one of UK’s top recruiting targets to close out the 2017 class. He has the reputation as a knockdown three-pointer shooter, and he should be able to help the Cats immediately on the perimeter next season.

His commitment was first reported by Scout.com.

Baker, who was committed to California until the recent departure of head coach Cuonzo Martin, averaged 17.1 points and 4.1 assists per game and made 94 three-pointers as a high school senior this past season. He led the Under Armour circuit in three-point shooting last summer.

UK Coach John Calipari and assistant coach Joel Justus visited Baker in California on Friday, and he received his scholarship offer with the Wildcats during that meeting. Before committing to UK, he was also considering interest from Duke, Utah, Arizona, Marquette, Maryland, Oregon, Arizona State and San Diego State.