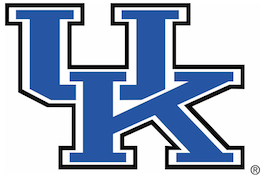 With preseason exhibitions games slated to begin this weekend, the very first AP Top 25 Poll of the season was released on Friday. The Kentucky Wildcats, who return most of their core aside from Julius Randle and James Young, and who feature another star-studded freshmen class that includes Karl-Anthony Towns, Trey Lyles, Devin Booker and Tyler Ulis, sit atop of the rankings. The Arizona Wildcats come in at the no. 2 spot, with Wisconsin following in third. Duke and Kansas round up the top-5.

The USA Today’s Coaches Poll also has Kentucky and Arizona as the top-2, but instead has Duke’s mega-freshmen squad in the third slot, followed by Wisconsin and Kansas.