LaMelo Ball Will Join The JBA League This Summer

Exactly one year ago today, Big Baller Brand sent the sports world into a frenzy when it revealed the original ZO2 silhouette for Lonzo Ball‘s signature sneaker. Now on the one-year anniversary of the ZO2s, the Ball family has informed SLAM that LaMelo Ball will join its newly founded JBA league and will play for its Los Angeles-based team this summer.

LaMelo’s debut will be on June 21 when his L.A. team faces the Houston-based squad at the Citizens Business Bank Arena. The league will run through September and will have teams representing 8 cities across the United States.

This fall and winter, the top players from the JBA will travel across the world to play in exhibition games against professional overseas teams.

“As a family we’ve never been afraid to find new challenges and do things that others may be too afraid to do, and this move is no different,” says LaVar Ball. “Hundreds of people have come out to the tryouts and have showed that they want to be a part of something that is different and that will go down in the history books.”

LaMelo, the youngest American basketball player to turn pro at 16 and now standing at 6-6, played in Lithuania this past winter for Vytautas Prienai-Birstonas, where his minutes were sporadic throughout the season. His top performances came during the Big Baller Brand Challenge games, where he dropped 43 points, 10 assists and 8 rebounds against Dzukija Alytus and even recorded a 40-point triple-double (40 points, 11 rebounds, 10 assists) on another occasion.

“Melo got the opportunity to play against international competition and experienced the game from a different perspective while in Lithuania,” says LaVar of Melo’s time overseas this past winter. “Now he’s able to come back to the States and remind people why he was the most talked about high school player in the world before he left. It’s time to take it to another level now.”

Earl Watson, Ed O’Bannon and Lonzo Ball served as the selection committee for the JBA tryouts in April.

Last month Earl Watson said in a statement, “The JBA model is the first of its kind that will offer young athletes an opportunity to develop life skills management while participating in a high level of competition. I am thrilled to be a part of this innovative new league that will not only engage fans, but provide a professional alternative for young basketball players.”

LaVar sent shockwaves last December when he announced the creation of the JBA, which would pay selected teenage hoopers between the ages of 17 and 19 and meant to serve as an alternative to college.

Despite doubts by many that it would ever get off the ground, looks like the league is certainly happening. Even more so, it seems to have found its star. 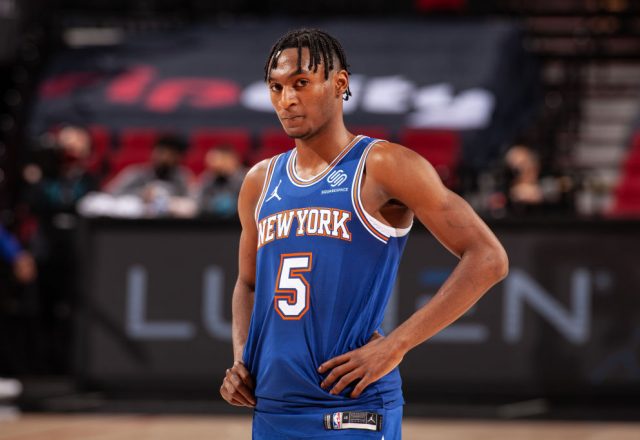