Learning From The Best 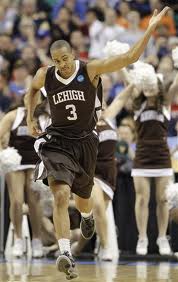 Independent of the Nike Skills Academies that take place in Chicago, Clippers star Chris Paul has held his own camp for aspiring point guards from both the high school and collegiate ranks in his hometown of Winston-Salem for a number of years now. The Chris Paul Elite Point Guard Camp featured many of the top guards in North Carolina with a select few nationally for the high school ranks, and brought the vast majority of the top play-makers that you’ll be following in next year’s NCAA tournament. Teams such as the Bobcats, Nets, Spurs, Warriors, Timberwolves and Pacers were amongst the nearly dozen NBA teams in the building. While it was nice playing in front of NBA brass, this camp was more a learning experience than anything for all of the campers in attendance.

Incredibly hands on with the players, CP3 taught them some of the nuances that took him to the top of the point guard ranks. “Anything I don’t like happening to me as a defender, I try to do to opposing defenders,” he told the guards while explaining some of the tricks that you could only know with playing nearly a decade in the league. By the end of the weekend, you could tell that things got through the players heads too. Not only were they making better reads and sharing the ball better than they were during the initial sessions, but the intensity continued to improve as the weekend went on. Mix in some contests with some dope CP3 gear and the fact that Chris offered to give his personal cell number to any of the players who wanted advice, you see why this camp is unlike any other that the country has to offer.

Here’s a look at some of the top college guys that caught our at the Chris Paul Elite Point Guard Camp:

CJ McCollum, 6-3, PG/SG, Senior, Lehigh: Hands down, the MVP of the camp was Lehigh’s CJ McCollum. After destroying Duke in the NCAA tournament, the combo guard passed up rolling to the League and has continued his transformation from 5-3 guard to NBA player. Now readily approaching 200 pounds, the Canton, Ohio native showed off his new found strength and surprising athleticism (he barely missed a between the legs dunk) to dominate the camp. His shot fake, step-back, and NBA range made him a nightmare to guard throughout the camp. He even got his with CP3 guarding him, leaving the All-NBA defender shaking his head in astonishment. Two teams picking in the lottery of last month’s NBA Draft told me that they saw him as a lottery pick next year and with the way that he played in NC, we absolutely agree.

Isaiah Canaan, 6-1, PG, Senior, Murray State: McCollum aside, there wasn’t a more unstoppable scorer at the camp than the man who led Murray State to their near perfect season. Built like Adrian Peterson, Canaan used his powerful frame to bully some of the smaller guards once he got into the paint. The senior’s array of hesitations and step-backs allowed him to take (and make) a bevy of high-level shots against anyone who stepped up to the challenge to guard him. Though Murray State probably won’t have the same mystical run that they had in ’11, they will have a point guard who should hear his name called in the first round of the 2013 NBA Draft.

Ray McCallum, 6-2, PG, Junior, Detroit: The most athletic point guard in the camp was Detroit’s Ray McCallum, the best point guard that the Horizon League has to offer. The McDonald’s All-American held offers from just about every program in the country but opted to stay at home and play for his Pops.  At CP3, he used his elite strength and athleticism to quickly establish himself as the top rebounder of the group.  He used the aforementioned explosiveness offensively to explode to the rim and finish with contact.  If McCallum is able to improve on his shot from beyond the arc (he shot 24% from 3 last year), look for him to follow Norris Cole and Shelvin Mack’s footsteps as the next Horizon League guard in the NBA.

Trey Burke, 6-1, PG, Sophomore, Michigan: There wasn’t a better player in terms of utilizing jabs and stepbacks than Michigan’s Burke. After seriously considering entering the NBA Draft, he made his return to Ann Arbor right as the deadline drew close and will be one of the better point guards in college basketball this upcoming season. The Columbus native did a great job shooting the ball on the move coming off screens and showed the advanced skill level that got him Ohio’s Mr. Basketball during his senior year. Trey will come into the season as arguably the Big Ten’s best returning NBA prospect and after the way he played in Winston-Salem, it’s easy to see why.

Erick Green, 6-4, PG/SG, Senior, Virginia Tech: Living in ACC country, I was a familiar with Green after watching him help V-Tech take Duke to OT late in the season. While it was clear that he was a talented guard, I’ll be the first to admit that I didn’t realize he was that good until seeing him against the top guards in the county at CP3. The long and athletic guard was a beast on the glass, shot the ball well from the perimeter, and put the clamps on guys defensively. After mulling a transfer when Seth Greenberg was fired, Green will be the man next year for a rebuilding team in Blacksburg.

Langston Hall, 6-4, PG, Junior, Mercer: One of the bigger surprises that we caught at CP3 was Mercer’s Langston Hall. The lanky point guard was all over the floor with his stacked 3-on-3 team of himself, McCollum and Green. He definitely had the mindset of a player who was grateful to have the opportunity to be at CP3 and after the way that he played in front of NBA scouts, he’ll be closely followed for the remainder of his college career. 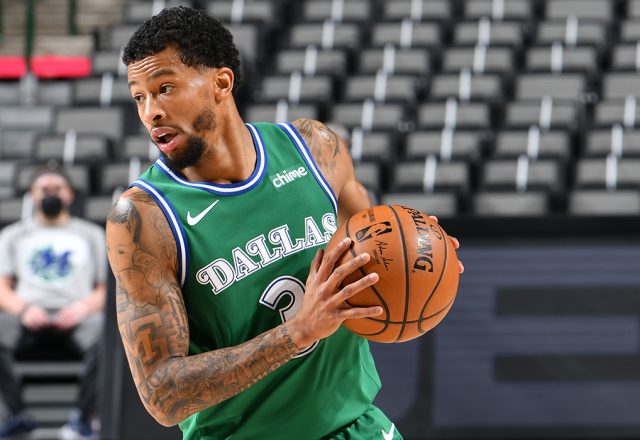