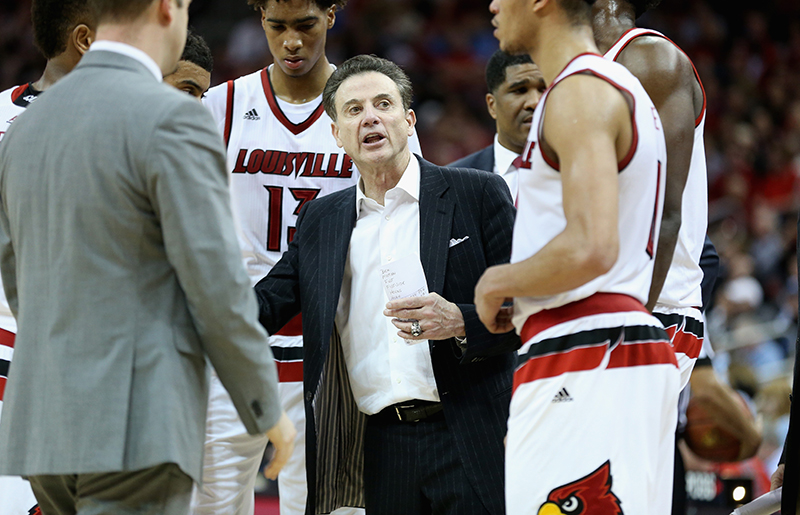 Louisville’s basketball team will miss this year’s NCAA Tournament, even though the team is currently projected to be a 4-seed this March. That is because the university has imposed a one-year postseason ban on the program due to allegations of impropriety in recruiting.

Earlier this year, news came out Louisville was under an investigation from the NCAA due to allegations that the team hired strippers to entertain recruits during visits. You can read more about that here, which features information from a book that was published by one of the escorts who allegedly attended these visits.

Now, Louisville has decided that the best course of action is to hold itself out of the ACC and NCAA Tournaments this year. Here is more information on what happened today, via ESPN:

The school announced the sanctions at a news conference Friday afternoon amid the NCAA’s investigation into an alleged recruiting scandal at Louisville.

University president James R. Ramsey acknowledged that it was “reasonable to conclude violations have occurred in the past.”

“I recognize that this is a significant penalty for our program,” said Ramsay, who was accompanied at the news conference by longtime coach Rick Pitino and athletic director Tom Jurich.