The 6-3 guard chooses the Cardinals after cutting college list to 13 just two weeks ago. 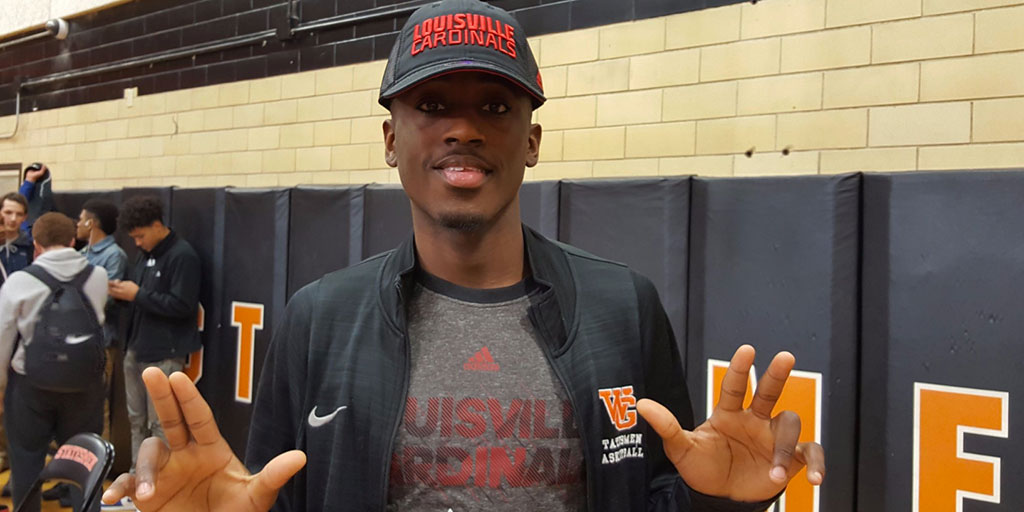 Rick Pitino picked up his second recruit for the Class of 2018 on Friday afternoon when he landed Courtney Ramey, a 6-3 guard out of Webster Groves High in St. Louis, MO. The junior prospect had just cut his college list down to 13 schools two weeks ago. He’s ranked No. 19 in America by Scout and No. 47 by 247Sports. Ramey joins Anfernee Simons as the first two commits for Louisville in 2018. Simmons is a 6-3 guard out of Florida ranked 30th in the country by ESPN.

More from the Courier Journal:

Ramey, a 6-foot-3 high school junior, joined Florida guard Anfernee Simons in Louisville’s class. He announced his decision after school Friday at Webster Groves High, where Ramey has helped his team to a 14-2 record this season.

He visited Louisville twice after receiving a scholarship offer from the Cards, taking in the 73-70 win over Kentucky and the first of two intrasquad scrimmages at the KFC Yum! Center.