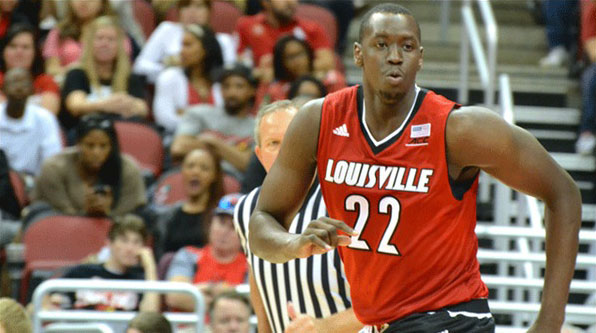 Former four-star recruit Akoy Agau announced today that he has decided to transfer to Georgetown. Agau, who originally enrolled at Louisville and played for the Cardinals for the last two seasons, announced his intention to transfer in December. While he didn’t make a huge impact in Louisville, Agau came to the school as a top-100 recruit.

“I have chosen to commit to Georgetown University,” Agau told Nebraska High School Hoops. “Georgetown is the best place for me both athletically and academically. The program has a history of developing big men to maximize their potential and I feel it is the best place for me right now. I look forward to continuing my basketball career as a Hoya.”

Agau, a 6-foot-8-inch forward, was No. 75 on ESPN’s Top 100 for the class of 2013 after a standout high school career that saw him win four straight Class A state titles with Omaha Central. He chose Louisville over Nebraska and Georgetown and appeared in 19 games for a total of 95 minutes, scoring 17 points and grabbing 21 rebounds.

However, he only appeared in three games this season for a total of 11 minutes before deciding to announce he was transferring on Dec. 19.

“This has been a great opportunity for me,” Agau said in an official release from U of L. “I want to thank Coach Pitino and the entire staff. I learned a lot in the two years I have been here and built a great connection with everyone.