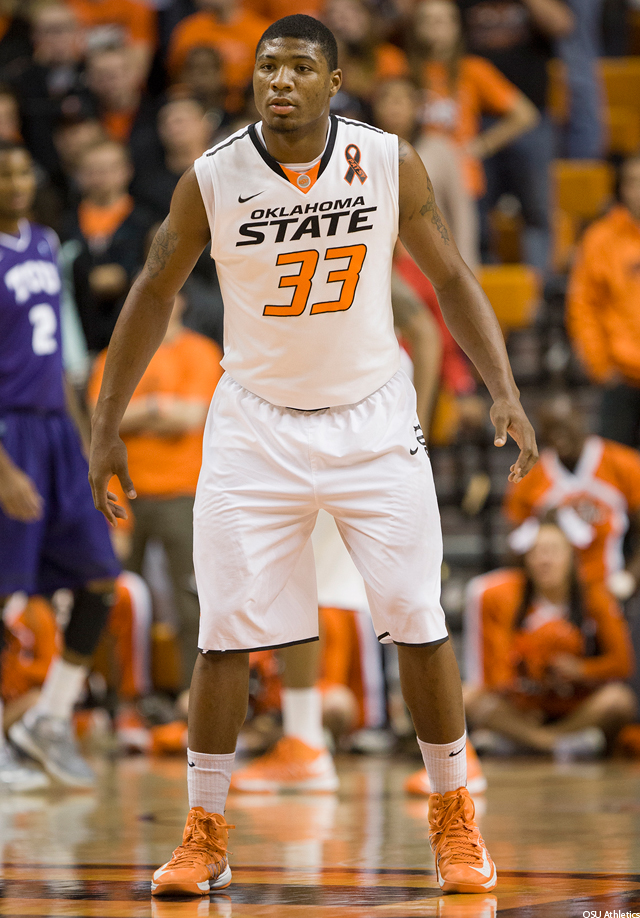 “Why did Marcus Smart come back to school?”

It is the question everyone in basketball wants to ask Smart, the Oklahoma State Cowboys’ combo guard extraordinaire. Yes, the manchild who would’ve been a consensus top-five pick in the 2013 NBA Draft decided to take his talents back to Stillwater for his sophomore season, and yes, he perplexed many with that decision. Those who have followed the career of Smart since high school know, however, that leaving a job unfinished is simply unacceptable.

“All my life, I’ve been a winner, you know? Back-to-back state championships and then to come in and finally make the NCAA Tournament. Just all my life I’ve been winning,” Smart said this past spring. “But this team, I felt like we had a lot more to accomplish. We were a lot better team than that. That’s just not the way we wanted to go out. It helped me a little bit to get motivated to come back this year.”

With those words, the journey toward a promise-filled ’13-14 season is in progress. With the Cowboys’ other two leading scorers, Markel Brown and LeBryan Nash, also returning, Smart and Oklahoma State will be primed to make a legitimate National Title run in the spring.

Smart will look to improve on a Second-Team All-American campaign that saw him lead the ’Boys with 15.4 ppg, 5.8 rpg and 4.2 apg, while rounding out the range on his jumper. Combine that with a firmer grasp of head coach Travis Ford’s system, and the Rolando Blackmon-like guard could answer every question asked by the end of next April.