The Terrapins begin to fill out next year’s recruiting class. 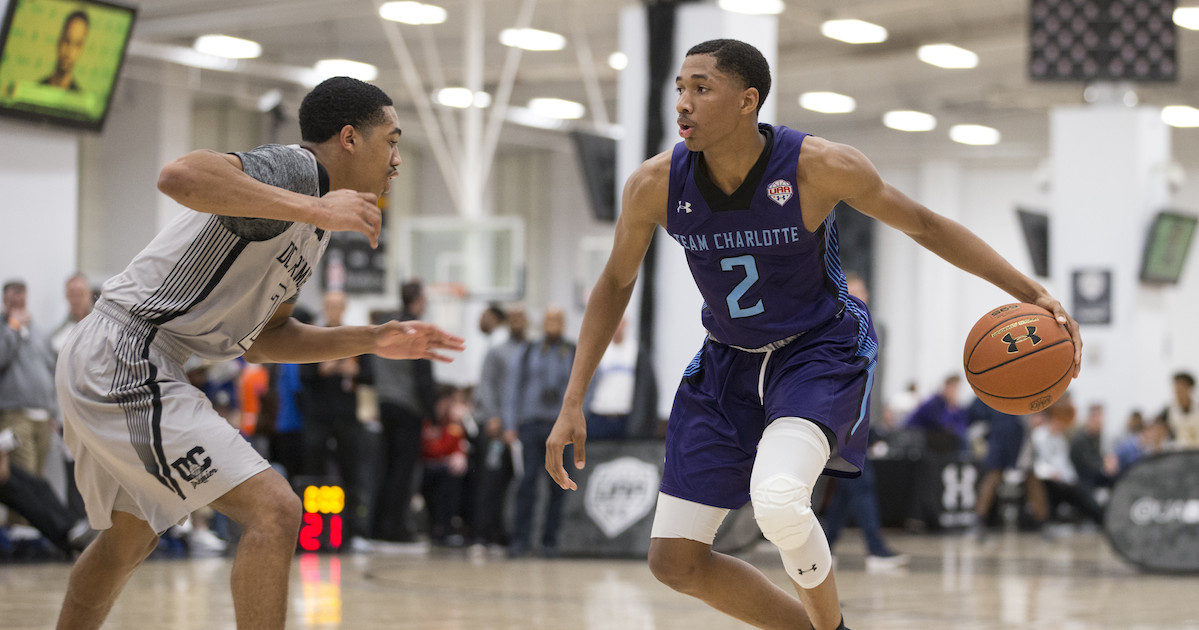 Maryland received its first commitment for the Class of 2018 on Saturday when the program landed a pledge from 6-6 wing Aaron Wiggins. The rising senior announced the decision on Twitter. He attends Wesleyan Christian Academy in High Point, North Carolina. He was also reportedly considering Kansas, Southern California and Florida, among other programs.

Wiggins, who hails from Greensboro, N.C., and is coached by former Maryland guard Keith Gatlin at Wesleyan Christian Academy (High Point, N.C.), was considered a breakthrough performer by recruiting services during the spring evaluation period.

Playing on the Under Armour Association circuit, Wiggins elevated his stock this spring with a number of high major programs, although he told Rivals that Maryland’s coaches had visited his school more than any other program over the past two months. Alongside Maryland Coach Mark Turgeon, assistant Dustin Clark spearheaded the recruitment of Wiggins, who reportedly averaged more than 15 points per game on the Under Armour Association circuit and watched his ranking rise 21 spots to 62nd nationally.