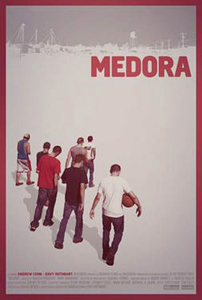 After reading a 2009 New York Times article about the small town of Medora, Indiana and its high school basketball team, filmmakers Davy Rothbart and Andrew Cohn embarked on a journey to the one of the smallest towns in the state to follow the Medora Hornets during its ’11-12 season. The result was 600 hours worth of footage focused not only on a basketball team that hadn’t won a game in years, but also on the downtrodden community of Medora that struggles with poverty, drug abuse, alcoholism and absentee parenting, yet shares a common pride in the town and basketball team.

Described by Rothbart and Cohn as “Gummo meets Hoop Dreams,” Medora takes a no holds barred approach to portraying just how tough the community has it. A once thriving town with over 2,000 residents, Medora has fallen on hard times due to the closure of the town’s industrial factories and the population has dwindled to right around 500. Nearly every single player on the Hornets comes from a single or absentee parent home, some are already living on the streets, and all of them are living at or below the poverty line.

With Indiana harboring countless big-time high school programs, the choice to follow a team riding a 44-

game losing streak was an interesting one. After all, this is Indiana! Home to Larry Bird, the Indiana Hoosiers, and some of the best high school basketball in the country. At its core, though, Medora isn’t a documentary about basketball; it’s about the massive issues facing small towns all across the country.

Throughout Indiana, smaller towns have partnered with neighboring towns to form much larger, consolidated high schools. For Medora, whose senior class has about 30 students, this is not an option: “When that school goes, this town goes right behind it,” says a local Medora resident in the film. “This town will die when that school leaves.” The amount of pride, time and energy put toward the high school is a humbling look at a forgotten town’s resolve even though the odds are clearly stacked against them.

The members of the Hornets have little else in life to look forward to outside of the few hours a day they take the court to practice. Watching them constantly lose against the much larger, much more talented teams is painful but you can’t help but admire their will to win just one game. Watching a group of red-eyed teenagers stagger off the court as parents and coaches hang their head after each blowout loss is devastating, and Rothbart and Cohn have done such an excellent job at capturing the team’s story that each and every viewer is pulling for them to win.

The kids portrayed in the film are relatively ordinary high schoolers in the sense that they are going through puberty, dealing with the awkwardness of first time relationships, experimenting with alcohol, and getting into trouble over stupid misbehavior. Watching the scenes where the kids are dancing with their crush or spending a night at the bowling alley are light hearted on the surface, but the gut wrenching reality is that most of these kids won’t escape the decaying town and will fall victim to the problems that have plagued the generations before them.

The postmillenial American Dream skipped over Medora, Indiana and for the Hornets and the community, a hope for one win on the basketball court is just about all they have left.

For more information on “Medora” including screenings, check out www.medorafilm.com.

Medora To Air March 31 on PBS 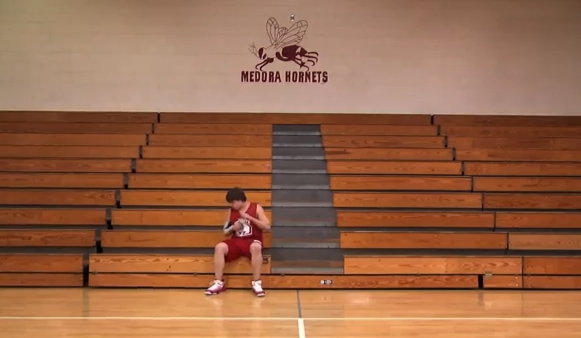