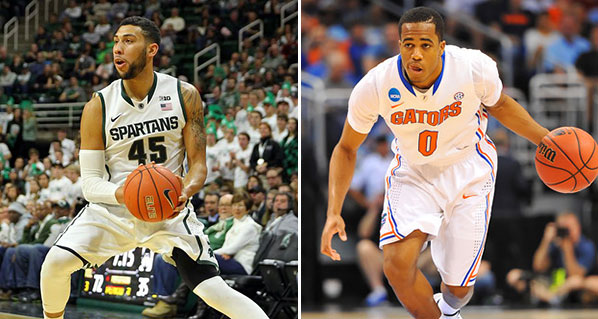 Two of the premier programs in college basketball will play in a home-and-home series. Michigan State and Florida agreed to a deal which will bring the Gators to East Lansing this year and the Spartans to Gainesville some time during the 2016-17 season.

These will mark the seventh and eighth meetings between the two teams, with the most notable matchup coming during the 2000 National Championship game, which Michigan State won.

The first game between the two will happen in East Lansing at MSU’s Breslin Center on Dec. 12. Florida gets hosting duties not in 2016, but the season after (2017-18). The teams famously met in 2000 when they played in the national title game. MSU won 89-76 to earn its first (and only, to date) national championship under Izzo.

“It’s hard to believe it’s been 15 years since we played Florida in the national championship game,” Izzo said. “To be able to mark the 15th anniversary with a game against the Gators is a special opportunity. Between this game and playing Louisville in the Big Ten/ACC Challenge, we are excited to bring some of college basketball’s top programs to our home fans this season. It’s part of a continual quest to schedule great non-conference games at Breslin Center for our fans that have been so loyal and give us one of the best home court advantages in the nation.”