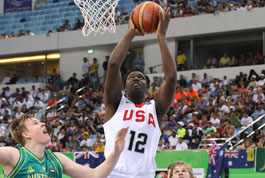 Michigan State landed its second McDonald’s All-American for the incoming 2015 freshman class on Friday after receiving a verbal commitment via Twitter from big man Caleb Swanigan.

Next year I will be going Michigan State university. Once a spartan. Always a Spartan

Less than a week after coaching in the Final Four for the first time in five years, Tom Izzo managed something he hasn’t done in 12 — landing two McDonald’s All-Americas in the same Michigan State recruiting class.

Caleb Swanigan, a 6-foot-9, 260-pound big man from Ft. Wayne (Ind.) Homestead High, tweeted his decision today, writing: “Next year I will be going Michigan State university. Once a spartan. Always a Spartan.”

Swanigan hinted at something other than the prevailing word on the street Wednesday, when he tweeted: “It’s crazy I find out where I’m going from so many people daily . Don’t believe the rumors.”

Swanigan and Davis roomed together before the McDonald’s All-America game in Chicago, and they represent the third time Izzo has landed two McDonald’s honorees in the same class. The first time was in 2000 with Zach Randolph and Marcus Taylor, followed by 2003 with Shannon Brown and Brandon Cotton. Davis and Swanigan give Izzo 13 McDonald’s All-Americas for his career.

Davis and Swanigan also give MSU two players who can play both power forward and center next season, for a team that loses senior forward Branden Dawson and brings back centers Matt Costello and Gavin Schilling. 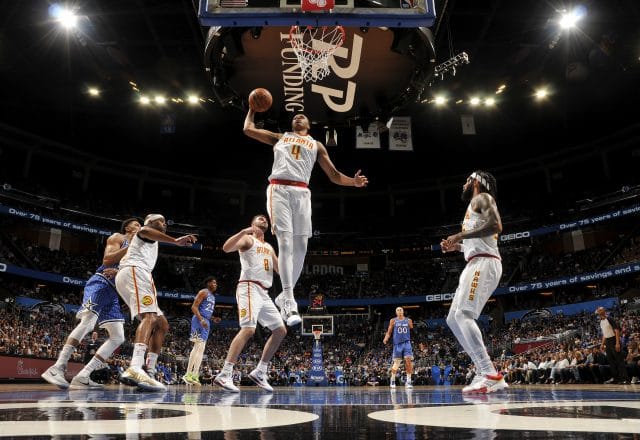