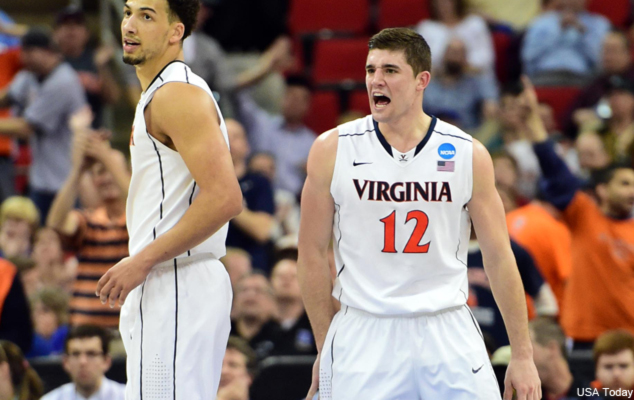 When the Spartans and Cavaliers square off on Friday night, it will be a matchup between a team that has been there before and one that many never thought would make it this far. What head coach Tony Bennett has done with Virginia’s program has been nothing short of amazing. In five years, Bennett has taken a school that routinely finished in the cellar of the ACC to an ACC championship that included wins over Syracuse, Duke and a 16-2 conference record.

On the other end is Michigan State head coach Tom Izzo. The long-time coach is a legend in his own right and continues to put together one of the top teams in the country thanks to consistency and a brilliant basketball mind. After battling injuries throughout the season, the Spartans stormed through the Big Ten tournament and captured a championship. No senior class under Tom Izzo has failed to make the Final Four and with multiple seniors on this year’s roster who are yet to earn the touted accomplishment, the stakes are as high as they have ever been for Michigan State.

Despite the No. 1 seed, the Cavaliers are playing the underdog role while the Spartans looked primed to head to the Elite Eight and eventually to the Final Four. SLAM caught up with players and coaches from each team to get their thoughts on the game…

Tom Izzo: I don’t think we’re quite back to where we were, because Appling was so good early in the year. His first 20 games, he was a Player of the Year candidate in our league. And then the wrist got worse and worse and worse, and it’s kind of a critical position, although he’s making some progress. But I do think we have taken giant steps in the last two and a half weeks. We got our guys back, especially Dawson and Payne, Appling about three weeks ago roughly, and we made some progress each week.

I thought we did play awfully well in the Big Ten tournament and I thought we played well in Spokane. Other than a seven minute [stretch], but I think you got to give Harvard credit; they were good and they did some good things in a stretch, and we did some poor things.

Are we back to the team we were to start the season? Probably not, but are we as close as we have been all year? Definitely.

Branden Dawson: I think we were dealing with a lot of adversity and injuries. But now we have all our key players back, we are looking better as a team, and our chemistry is great, and I think our rhythm is great, and we’re just happy to be on the floor with each other.

Keith Appling: It was definitely hard. A lot of the key players were in and out of the lineup, and it made it tough for us to get a rhythm and develop somewhat of a rotation. So now that we are all back and getting our flow together, I mean things are working out well for us.

On Michigan State’s senior class getting to the Final Four…

Tom Izzo: This year’s team, we have been through so much, so much, that I really didn’t need that burden put on them. So I didn’t really talk about it much, except to say that getting to the Final Four is—if you got those couple of things in your life that are important, you know, the birth of your children and without being ridiculous, I mean a Final Four is a Final Four. If you’re in this profession, there is nothing better. And I just want all my guys to have a chance to share in at least once.

Keith Appling: It is definitely nothing that we can just put on the shelf. It’s Adreian and I’s last year. There’s no tomorrow for us, but we just try to take it one game at a time because in this Tournament, if you overlook one team, that’s how upsets happen. So we just try and take it one game at a time and control the things that we can control, and hopefully it will end up good for us.

Adreian Payne: I definitely think about it all the time, for sure, I pray about it every night. It’s something that’s not being overlooked, especially because we practice, we got banners hanging up in the practice facilities. So we always know it’s right there and it’s always on our mind, no matter what.

On the matchup with Virginia…

Tom Izzo: [Joe] Harris is a hell of a player and their [London Perrantes] is a very efficient freshman. The [Justin] Anderson kid who comes in can really do some things. They got tremendous size, I think. You’re bringing in 6-6 to 6-8 guys on the perimeter so I think they’re more athletic than they look. I think they will run a little more than we think, and I think they’re great on the dribble‑drive. They can get into the paint or to the baseline very well. I think they get under‑respected offensively because they’re so good defensively.

Keith Appling: They’re a great defensive team. We’re just going to try to have to try to find easy ways to get baskets. They guard very tough in the half court, so it’s just a matter of us getting steals and getting out on the break and getting easy ones, because that’s what it’s all going to come down to.

Gary Harris: It’s definitely all going to start on the defensive end because it’s kind of hard to run and get out in transition when they’re scoring every time. We’re just going to have to depend on our defense to help us get out going in transition.

On matching up with Michigan State…

Joe Harris: They’re not an overly pressure‑oriented defensive team, they keep guys in front, they play very good help defense but they collapse on the ball quite a bit whenever you try and get any dribble drives or penetration. We’re not going to change up anything that we do offensively. We have no new sets, nothing like that. What we have done to get us to this point has worked up to this time, and there’s nothing new or nothing changes for us.

Akil Mitchell: One of our keys all year has been to make sure we limit transition points, and it’s something we focused on against Memphis was getting back in transition. It will be something that we have to focus in on again, getting the ball stopped, keeping them out of the paint, and then making them play against a set defense.

[Adreian Payne] has been a tough matchup for teams all year because he can stretch the floor, he’s got good touch and he can also put the ball on the floor and post-up also. He’ll be a good matchup for us, but I think we’ll be prepared.

On Virginia’s mentality heading into the game…

Tony Bennett: We have an underdog mentality but we have to have a hungry mentality. I think our guys, they have been steady all year since we have gotten into conference play. I think that they know what’s in front of them, and again it’s not changing anything, it’s just doing it probably a little bit better.

But they’re hungry to play and who wouldn’t be in the Sweet 16? I mean, I’ve been fortunate enough to be here twice now as a head coach and as to a part of staffs a few times. The NCAA Tournament is the greatest sporting event going, in my opinion, being biased, of course, but every round you advance to you just feel the excitement, you feel the intensity and you get to step into this and that’s—whether you’re talking about seeding, underdog, you just got to be hungry and ready, and that’s what we’re going to find out. 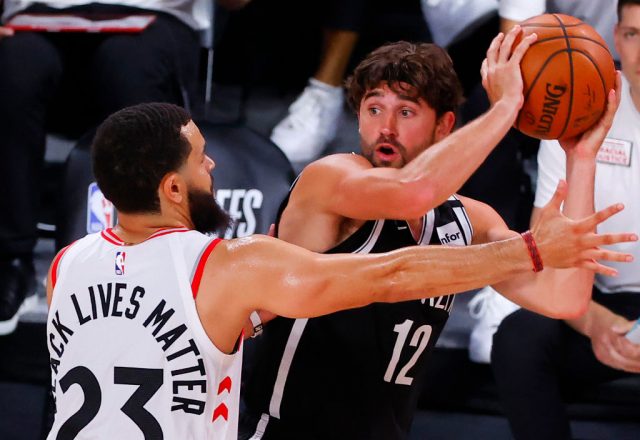 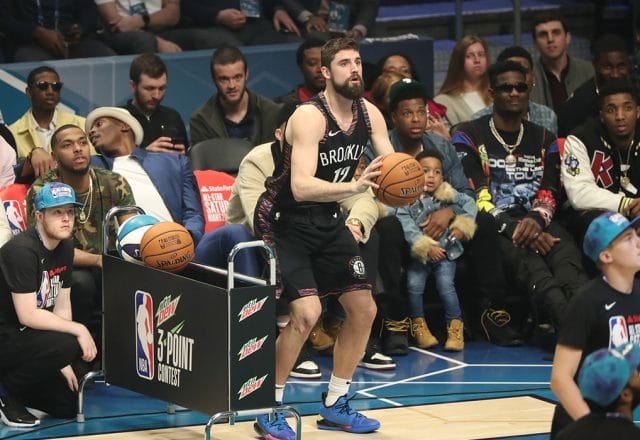