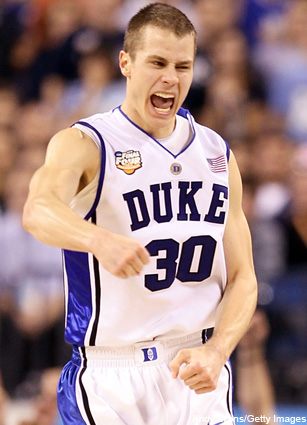 A game’s more than a game if your mother will watch.

Rest assured, more moms will tune-in to the 2010 NCAA Championship game than they did during the 2009 NBA Finals combined. Nothing against the L’s two-month post-season, but tonight’s game isn’t just about basketball.

You understand how the NCAA Tournament works. Rarely do the nation’s two best teams survive to the title match. It bears no resemblance to the oft-maligned college football BCS system, where a mid-major program like Butler would never have a chance to rise.

College basketball’s relevant to everyone because of the bracket setup. To change the format would be a high crime in the sporting world. Only in college basketball can a peach fuzzed former tennis player and a group of non-heralded, undersized, non-athletic players will their way past the game’s most storied programs and coaches.

Only in March (and part of April), can a small school continually play the role of David, throwing damn stones dead-on at the opponent’s third eye. Only in the NCAA Tournament can belief trump talent.

Duke has the more talented team. They’re far better. But that’s not what the NCAA Tournament does. It creates hope and engenders dreams. Butler’s been feeling it. That’s why we believe they stand a chance.

And if that sounds too lofty and poetic for a ‘simple’ basketball game, that’s cool. Just remember that’s why your mom will be watching…

— Senior forward Matt Howard will be back in the starting lineup for Butler after sustaining a concussion in the second half of Saturday’s Final Four match against Michigan State. Another severe concussion tonight could be fatal. But you can’t put in four seasons of hard work only to watch your team play in the title game, can you?

— The spread is somewhere around Duke -7 points. If I was a betting man, the Blue Devils get my easy money.

— Duke has better shooters, scorers and rebounders. They dwarf Butler in size and they’re much more experienced. They’re basically superior in every statistic… and that’s exactly what Butler wants to feed off of.

— Butler’s starters all pat the Bulldog on the head. It’s nothing new — the team does this before every home game.
— Jon Scheyer gets the loudest ovation of any Duke player. No question a lot of fans from Northbrook, IL have made the three-hour car ride to Indy.

— Howard already playing with more aggression than he did against MSU. Just watch that head, homie.
— A Singler/Hayward matchup is too good to be true. Hayward’s guarding the 7-1, 260-pound Zoubek on defense.

— Scheyer’s great hustle leads to block on Willie Veasley on the fast break. Who knew he had those wheels in transition? Dude’s 100 percent focused straight away. Anything on defense is an absolute bonus for the Devils.

— Shelvin Mack can play with the best of ’em. Man has been lava from outside and aggressive at the cup. He could be Butler’s MVP (of this game, at least) if they pull off the win.

— Hayward scores his first field goal off a tip with 13 minutes remaining in the first half. The entire stadium erupts, hoping this guy catches a rhythm.

— Butler puts together a mini run, which Duke cools almost immediately. The Bulldogs haven’t found a way to stop the Devils from scoring. Can they?

— And Howard quickly reverts back to the layup, non-boxing out player we saw in the previous game. It’s not a big deal considering Mack’s Attacking (and scoring).

— Much as it seems like Butler has momentum with about 8 minutes remaining in the first half, remember they’re only up 2 points and Duke’s been missing wide open shots. Timeout well worth it for Coach K & Co.

— Duke’s doing exactly what they should — take it inside and draw fouls. I kills Butler momentum, racks up fouls, and might force the Bulldogs to go to their shallow bench.

– Duke’s made 9-14 from within the stripe. Seems like that’s the way to attack: just shoot everything in the paint!

— Two of Duke’s Big 3 have shown up tonight. Nolan Smith is looking like Casper on the court so far.

— Avery Jukes with an unexpected 10 points, include two threes. He’s connected twice from the outside in only two games this season.

— Let’s see if Coach Ks halftime adjustments allow Duke to go on their usual second half run. Then again, the stars seem to be aligning for Butler. Brad Stevens seems to know what’s coming. After all, he read The Gold Standard this past summer.

— The refs will not be called biased. Duke’ hasn’t gotten a single call with almost two minutes gone.

— As Hayward says, Ronald Nored always finds the perfect moment to son on the opponent… or turn the ball over.

— Howard picks up his fourth foul with 14 left in the game. He’s trying to play aggressive, but he’s clearly a step slower than the Duke bigs. Real rough game for the ‘stache.

— On the other hand, Butler’s played better without Howard. The main guys seem to be getting to the hole with Zoubek wandering.

— Hayward’s having his worst offensive game of the tournament, and Butler’s sill one short run away from taking the lead. Watch out for the late push from the young Dogs!

— Safe to say Zoubek will be sitting for a while in his last college basketball game. Miles Plumlee needs to man the %@# up right now.

— Then again, I said Duke -7 was easy money. Zoubek’s back in, testing his luck with one foul remaining to his name.

— Butler is missing too many bunnies and Hayward isn’t stepping up. This might haunt them down the stretch.

— Lance Thomas give Hayward a hard foul on the way to the rack. How about Butler flips it — let’s see a BU Bad Boy hard foul? Heck, they should’ve done it earlier in the game, no?

— How is Butler ice cold and still in the game? They’re drawing fouls and getting to the line (11 more FTs than Duke so far this half).

— Whatever the outcome, props to Butler for defying all odds. Fantastic game — instant classic without question.

— Zoubek, a 55 percent FT shooter hits 1-2 from the line. Hayward boards and has entirely too much time to get off a make-able shot. His last second heave from half court just rims out.

— If Hayward made that shot, at least 100 seats would’ve been torn out of the floor. And that Howard screen at half court was a crusher!

— Singler wins the MOP. Well-deserved. Dude was a complete monster — 100 percent focused every possession of every game.

— Butler almost pulled off the biggest upset in college basketball history. This truly was Butler’s game to win and they couldn’t get it — wasn’t meant to be. The guys in Durham prevail again. 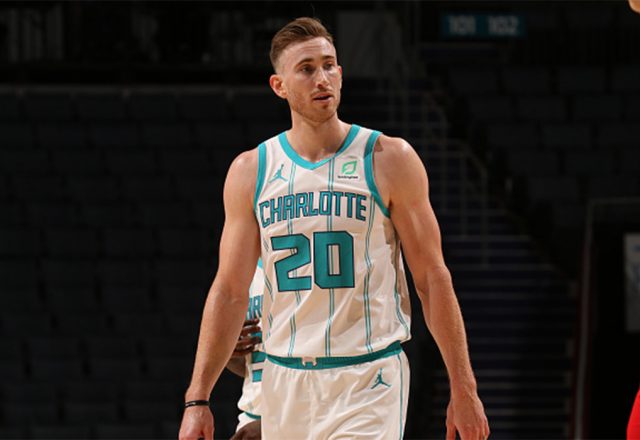 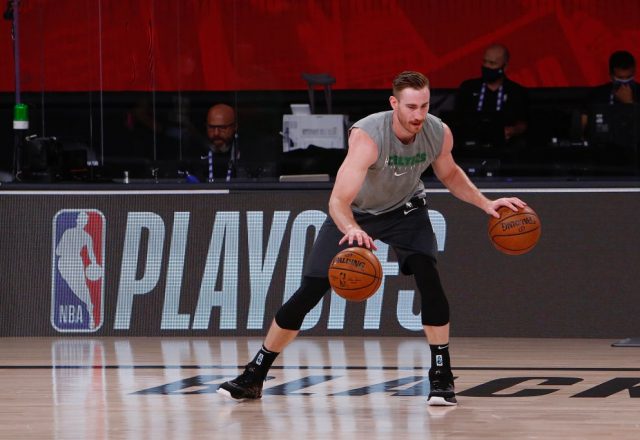