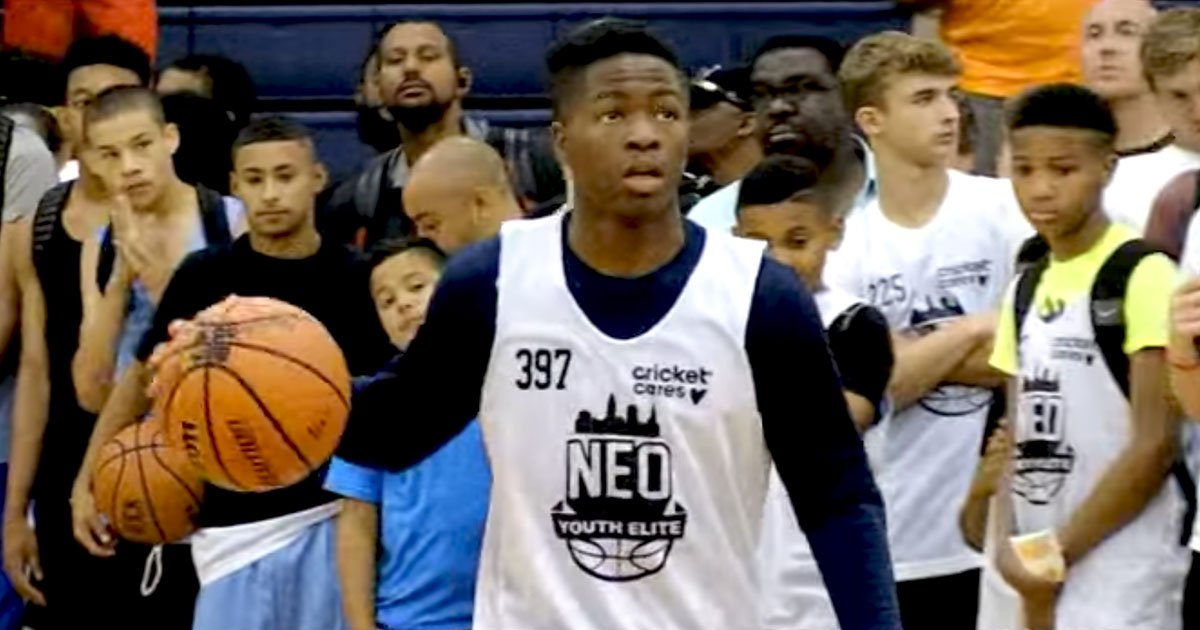 The NEO Youth Elite National Camp isn’t just about the young guns. While it has established itself as one of the nation’s premier middle school events, camp director Sonny Johnson also made it a point to give college scouting services and recruiting analysts alike a glimpse of some of the better high school prospects that the region has to offer. As head coach of Garfield Heights High School in Cleveland, Johnson has been a key figure in C-Town player development for over a decade now. Since he took over at his alma mater, Ohio’s former Mr. Basketball has pumped out at least one D-1 player every year since ’07, with a bunch going to BCS programs that we catch on TV on the regular. Given his reputation of taking guys to the next level, it should come as no surprise that over 300 players showed out at the 2017 NEO Youth Elite Camp.

Players traveling from 33 different states and four different countries descended upon CLE for the two-day event. Top-5 sophomore Kyree Walker dominated the event last year and everyone was looking to follow in his footsteps. Ballislife, CityLeagueHoopsTV, MiddleSchoolHoops, Hoop Diamonds, and countless other videographers made the trek to catch a glimpse of the future. The event did not disappoint, either. The matchups that people wanted to see were scheduled early on, competition was fierce, and sleepers emerged as serious prospects on the radar for college coaches. All in all, if getting more looks and exposure was the goal at hand, this was the spot to be, as seen by the 2+ million YouTube views that the camp has already amassed.

With that said, here are a few of the top ballers who caught our eye at the 2017 NEO Youth Elite Camp:

No one blew up at the camp more than the guy who was playing on his newly found home court: ‎Alonzo Gaffney. The 6-foot-9 rising junior transferred from VASJ and immediately showed that he can do an array of things that most guys his size absolutely dream of. Gaffney drilled NBA-range threes (hitting six in a game en route to scoring 41 points), bounced off the ground like a pogo stick to punish the rims, and got up above the top of the square to block shots. Ohio State, UNC, and countless other high majors will be pursuing him on the adidas Gauntlet this summer with Ohio Basketball Club.

‎The top rising freshman in the country was fresh off of a gold medal with the USA U-16 team (he was youngest player ever to make the team) and showed no signs of slowing down whatsoever. He used his extremely high skill level to toy with defenders, making them pick their poison. If you sagged off, he bombed an NBA three. If someone played him too close, you could see his tight handle and jelly finishes at the rack. Most impressive was the way that Harmon stepped up on D to put the clamps on when big matchups were brought at him. Already playing EYBL 17U and owning a handful of D-1 offers, expect the legacy to grow once he hits the high school ranks.

The Internet sensation came to Cleveland to go up against some of the nation’s finest and showed that he can hold his own. Newman had a heated matchup that went viral, drilled countless NBA range threes, and showed off his AND1 mixtape handle. The Florida playmaker is the earliest ever to drop 1,000 points in high school hoops (he’s been playing varsity since 5th grade) and should continue to draw a lot of buzz to Downey Christian.

One of the better long-term prospects in the game, William Jeffress showed why he has quite the reputation on the hardwood before ever playing in a high school game and has already been tabbed as a top-10 player in ’21 by some services while running with OBC on the adidas Gauntlet circuit. The super long forward has a great frame, shot the ball well from deep, and created a number of mismatches with his versatility. With his father being a college professor, you know that IQ is going to be running high in the family and given what we saw in Cleveland, it looks like basketball is going to be another strong point for Jeffress.

A native of the Bahamas, Garvin Clarke made the move to Cleveland and hasn’t looked back. The lanky lead guard got to the paint at will, showed off great natural scoring instincts, and really put the clamps on defensively. Having put up big numbers as a freshman at Euclid and with a growing list of D-1 offers, expect Clarke to be a name that you hear more about sooner rather than later.

The most explosive player in the camp rolled to Cleveland from New York and left the dunk contest as champ. Mulbah was right there as one of the best on ball defenders, was an elite finisher in transition, and banged on a number of guys on the break. Still wide open in the recruiting process, Fred is going to definitely be one to watch in July if in the market for a defensive-minded guard.

Lineage runs strong with this point guard with one uncle who was Ohio’s Mr. Basketball (Sonny), the other who was the top player in his class in Ohio (Juby), and a father (Meechie) who was #2 in the state behind only some guy named LeBron James. He showed off an incredibly high IQ, drilled a number of deep threes, and made pinpoint passes with either hand coming off of ball screens. Meechie enters high school as one of the more highly touted PG’s in the country and given his family tree he could be one of the elite playmakers if he continues to develop at this rate.

Another player whose recruitment is bound to take off is Colin Granger. Approaching 6-8, Granger is the type of high energy big man that every college coach dreams of. He set outstanding screens, was a mad man collecting rebounds all over the court, and showed off his deceptive bounce with a few impressive blocks. Toss in the fact that he shot the lights out from deep and it’s easy to see why he is one of Atlanta’s most slept on prospects…for now.

One of the best natural scorers in the event, Ryan Conway was a supreme bucket-getter. The combo‎ guard created with ease with his shifty handle, finished at the rack creatively with both hands, and drilled deep jumpers. Conway came in with a rep as one of the better guards in the class and certainly lived up to the hype. 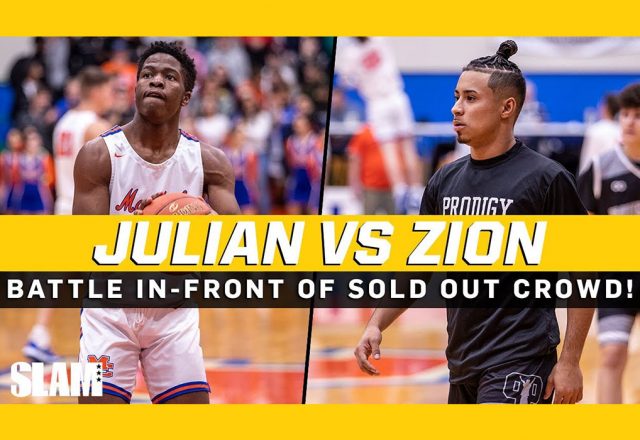 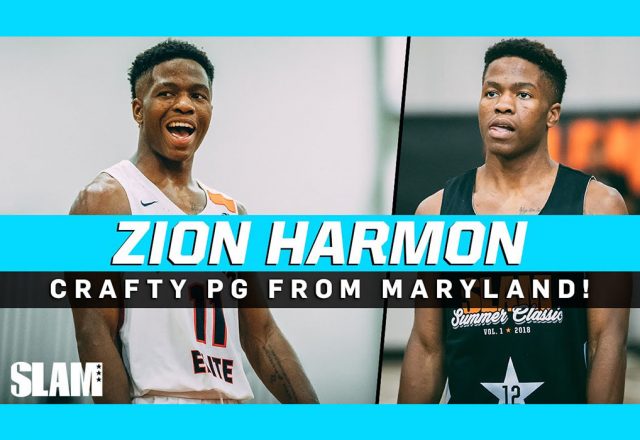 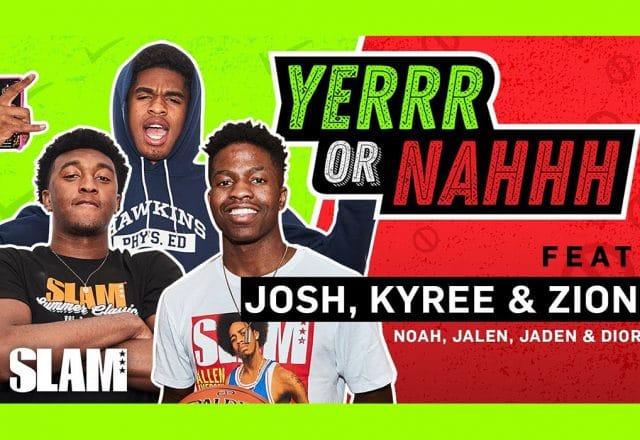 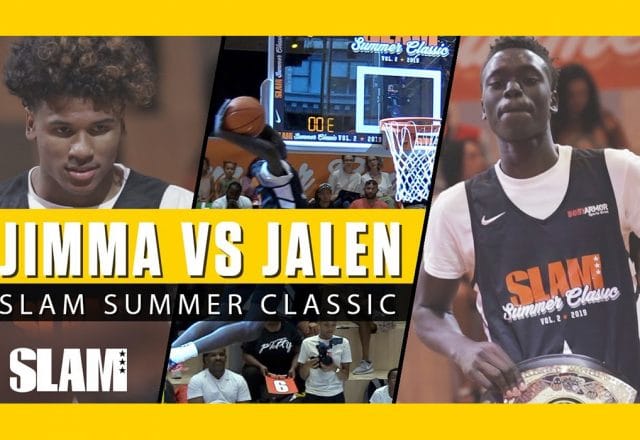 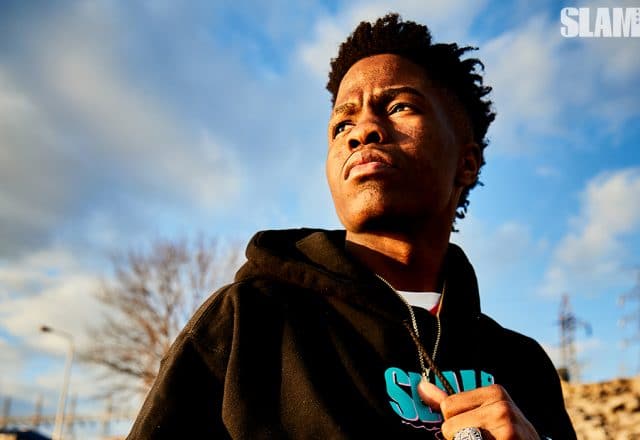 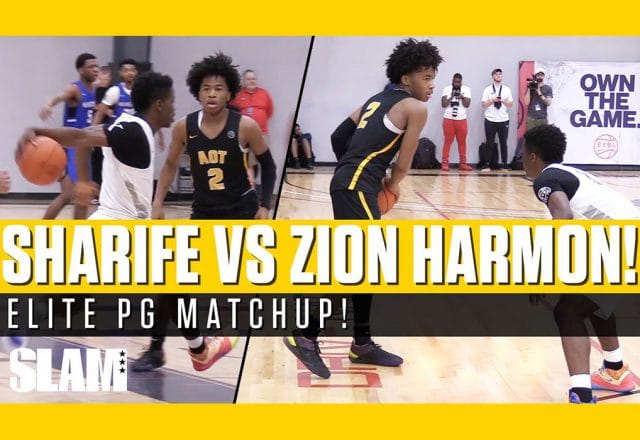