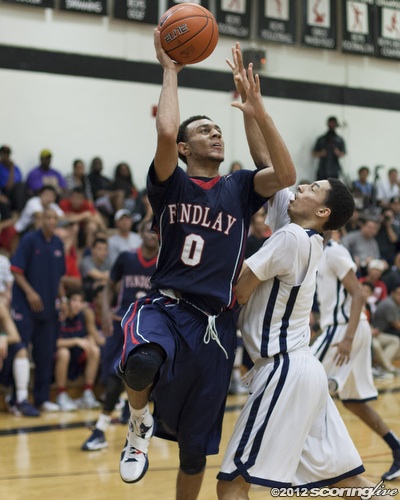 Nigel Williams-Goss is a 6-4 senior point guard who plays for No. 1-ranked Findlay Prep out Henderson, NV. He’s averaging 17.1 points per game, 4.4 rebounds, 7.8 assists, shooting 57 percent from the field and 45 percent from three-point range.

According to ESPN’s high school player rankings, Nigel is the 50th ranked prospect in the Class of 2013 and Max Preps has him ranked 48th. He has committed to suit up for Coach Lorenzo Romar at the University Washington for the upcoming ‘13-14 season.

That’s my introduction to Nigel because in all honestly, you’ve probably never heard of the kid, that is until now.

You won’t see him in many YouTube videos dunking over players or crossing up defenders like Allen Iverson. His main objective is to leave the gymnasium with the “W” and getting the better of his opponents. With him, it’s all about getting the job done.

Setting teammates up has always come easy for him. And considering who he’s teamed up with, you would understand why.

Throughout his career at Findlay, Nigel has had the luxury of facilitating the rock to some of the best high school ballers in the country. He was teammates with San Antonio’s Cory Joseph, Cleveland’s Tristan Thompson, Oklahoma’s DeAndre Liggins and ’13-14 NBA hopeful Myck Kabongo (suspended by University of Texas), to name a few.

“I know how to play with talent and I know how to make players better, that’s what makes me so unique,” he said. “I feel I can play in any system and produce because I can adapt to any situation.”

Michael Peck was the head coach at Findlay Prep where he won three National High School Invitationals in five years and compiled a 157-8 record before accepting the position as head coach of the Idaho Stampede of the D-League last summer. He coached Nigel for three seasons.

Peck has coached a total of six McDonald’s All-Americans in Thompson, Joseph, Liggins, Boston’s Avery Bradley, Miami’s Joel Anthony, Indiana’s Louis Admundson and he feels Nigel should be his seventh.

“I definitely think he’s a McDonald’s All-American player,” Peck said. “All you have to do is look at what he’s done and the success he’s had at Findlay and how he’s had an huge impact on our program. He started for three years and has contributed. You look at his statline, he’s a factor. He could easily score 30 points a game and maybe get a couple of losses. We never compromised winning for individual statistics. We’re always about preparing our guys for the next level and sacrificing is part of the game. But I definitely think he should be a McDonald’s All-American this year.”

Nigel tries not to pay attention to the rankings too much, but admits that he gives it a glance from time to time. He won’t say where he should be at or who he should be on top of, he just knows he’s underrated.

But that’s fine. If you know him, that’s what has fueled him all along—people saying he’s not fast enough or not athletic enough. While those same folks are writing him off, he’s in the gym.

“I can say without hesitation that he’s the hardest worker I’ve had in my program and he has the talent to go with it,” Peck said. “He’s a gym rat. I had to tell him during his sophomore year to back off the extra training in-season. He would workout at 6 in the morning before school on game days. He’s a workaholic.

“He’s not somebody that’s going to blow you away running a 4.1 flat. He’s like Andre Miller in terms of a point guard, very efficient. Not your traditional point guard prototype with the physical attributes. He just finds a way to be extremely successful and it’s a credit to how hard he works.”

Denver’s 14-year vet Andre Miller said he was often overlooked because he didn’t possess the so-called attributes of a point guard. He didn’t let that stop him from achieving his goal of making it to the League and he says it shouldn’t stop Nigel, as well.

“Nigel just needs to block out all the naysayers,” Miller said. “He has to just play his game and be the player that he is. Obviously he’s one of the best players in the country for a reason. Just go out there and play your game and everything else will play out.”

As of now, Nigel is focused on maintaining his honor roll status, graduating and winning his third national championship before moving onto the college ranks. Then, the question will be how long will he be in college before he decides to take his talents to the NBA.

“I don’t how long he’ll stay in college before he moves on but I’m a huge fan of Nigel and I appreciate what he did for us,” Peck said. “He helped us win two championships and he may play for a third. He’s a winner, and at the end of the day, that’s all you want to do.”

“If I keep winning, people will start to see I’m for real,” Nigel said. “I’m not going to change anything. I gotta be myself and let my game do the talking.” 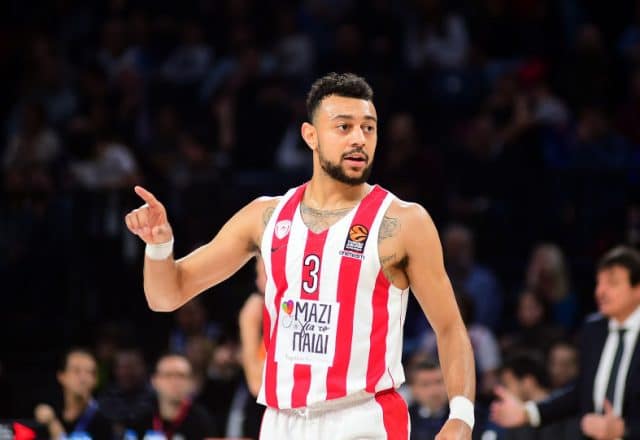