On Friday, Nike unveiled the four regular season sites for its prestigious EYBL (Elite Youth Basketball League) spring/summer grassroots circuit. For 2017, the league will start in Hampton, VA (April 21-23), before heading over to Indianapolis, IN (April 28-30), then Atlanta, GA (May 12-14), and ultimately finishing off in Los Angeles (May 26-29). The culminating championship tourney, the Nike Peach Jam, will once take place in North Augusta, South Carolina (July 12-16). In addition to announcing the sites and schedule, Nike also revealed the 40-team field that will make up their 17U league in 2017. Among the new teams for this season are Team Melo, Mississippi Express, UPlay Canada, and Portland Basketball Club. The St. Louis Eagles have been rebranded as Brad Beal Elite, who actually played for the Eagles as a high schooler. See below for the complete 2017 schedule as well as all 40 teams that will make up next year’s field. 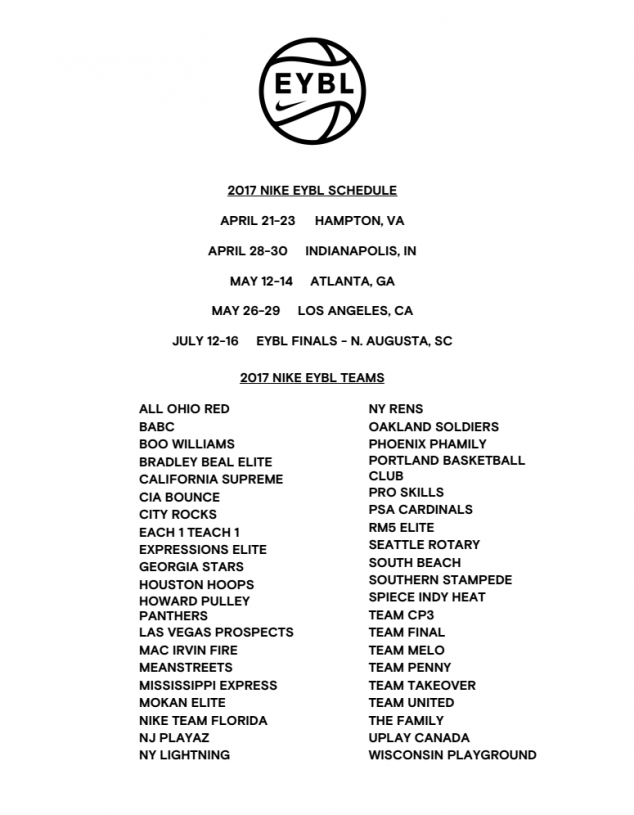