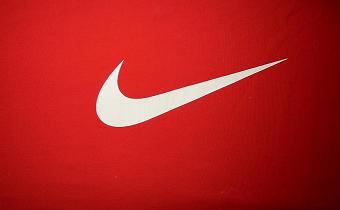 I remember SLAM’s first High School All American team, or at least I’m pretty sure I do. It is one of my fondest early SLAM memories. At the time, the team seemed too perfect:

Kevin Garnett: Children’s version of the man-child he is.
Raef Lafrentz
: The next Larry Bird because, as mid 90’s facial profiling told us, white people are either Larry Bird or getting dunked on. And 1st team all Americans don’t get boomed on.
Felipe Lopez: The king of high school basketball before most people knew that there was somebody — anybody — in the world named LeBron.
Stephon Marbury: The hood prodigy.
Jerrod Ward: Well, I didn’t know what to think of Jerrod Ward, so I just assumed he was the perfect player because he was going to Michigan.

Ward was dubbed the next C-Webb/Juwan Howard. He was supposed to lead Michigan’s second group of fabulous freshmen to prominence. His immediate and thorough failure startled my young, impressionable mind because I realized that the analytical prophets could be wrong. Incredibly, Ward was just as disappointing as Lopez, who had been anointed the Dominican Michael Jordan before he even got the chance to fail at dominating the NIT (OUCH!). And I don’t need to tell you about Steph and KG.

Which leaves us with LaFrentz. I remember the picture that SLAM ran of Raef because it’s seared into my memory (What? You think I want Raef LaFrentz dominating my conscience? Please. I’d rather eat lard with Stanley Roberts.) The picture showed LaFrentz throwing down a nasty reverse slam while scowling like he was next great white hope. Even worse, I bought into the idea. I’m pretty sure I tacked on an extra two or three years to my own Hoop Dreams because I thought I could become Raef LaFrentz. It couldn’t have been that hard, right? Raef was 6-10 (he probably took the growth hormones advertised in the back pages of SLAM; I could do that), he could shoot (at the time I could do that well for someone my age), he could dunk (that would come with the artificially enhanced growth spurt), he was a lefty (that was a disability, right?) and he could look tough (I could eventually learn how to do that).

Well, LaFrentz worked out in the “disappointing, overpaid, is not Bird, probably doesn’t work as hard as Austin Croshere” sense. The experience left me critical of every baller I’ve watched since. By my early teens, I had grown especially good at figuring out which college players would be good pros. Without going into a longwinded study that attempts to prove this, I’ll just flip it somewhat poetically and tell you that I developed an unstoppable, observational superpower: X-Raef vision. (Note: If you vomited in a large bucket when his Kansas teammate, Paul Pierce, fell to 10th after Raef went 3rd in the same draft, you too can qualify for an X-Raef vision exam. Please report to your local Cyclops or Lenscrafters immediately. Those who knew that Nick Van Exel would excel and that Roy Rogers would be fast food for real NBA bigs can also qualify for X-Raef vision.)

Now, when SLAM sent me to Indianapolis to cover the Nike All American Camp almost two months ago, they had no idea I had supernatural abilities when it came to evaluating talent. Since my camp report is in the issue (102) hitting newsstands this week, I’ve decided to run extended notes along with some delicious gossip and other random insights.

— The most fascinating player to watch in Indy was Jeffrey Jordan — yes, that Jeffrey Jordan. A 6 foot tall point guard that rocks cornrows and looks more like a young Allen Iverson than a young MJ, Jordan made the most explicitly conscientious effort to run a team in Indianapolis. He isn’t highly ranked because of his size and suspect jumper, but he is very athletic, plays good defense and knows how to get his teammates involved. He’ll be an interesting kid to keep tabs on. Considering his gene pool and the man that will be pushing him, he probably hasn’t come close to peaking yet. Still, it was weird to observe Michael Jordan’s kid as the most deferential player at a camp where kids are trying to establish themselves, often forsaking the whole concept of team ball in an effort to stand out and earn a scholarship.

The other point guard for Jeffrey’s “Purdue” squad was Anthony Roberson’s little bro, John. Watching the two kids run the “Purdue” offense one after another provided an interesting juxtaposition. Jordan did a better job of getting his big men involved, most notably Samardo Samuels and Papa Dia (nominee for best name at the camp; I’ve always wanted to ask a girl who her Papa Dia was). Roberson made up for some of his inability to get his teammates involved by shooting very well; and maybe trying to actually shoot his way out of the shadow cast by his brother’s cup of coffee with the Grizzlies last year.

— John Lucas Sr., in town to watch his son Jai, appeared to be wearing a lime green towel as a t-shirt. I was only in Indy for two days, but I think I saw John Lucas wearing 4 different outfits. Gotta stay fresh. You go, coach.

— Julian Vaughn was the biggest disappointment in Indy. He was highly ranked before the camp but has since slipped considerably and given a solid verbal commitment to Florida State. Such is life, especially when you’re an Oak Hill Academy big man that was made to look better by teammates that are ranked #1 in the class of ’07 and on the move. Cough, Michael Beasley.

— I talked to Tom Izzo for a while. He was disappointed that all three Michigan State guys fell in this past draft but seemed happy with where they ended up. He characterized Shannon Brown as a “gym rat” and, though he thought Jersey would take Brown, he thinks Cleveland is a good situation. Personally, with Josh Boone’s injuries already piling up and the inevitability of a crummy NBA career straight ahead — it’s that X-Raef vision again — I would have preferred Jersey to take both Mo Williams and Shannon Brown and use the money that they spent on Eddie House on another power forward, preferably an experienced banger that can hit free throws. A young backcourt like that under the tutelage of J-Kidd and VC in a contract year; if everything broke right Jersey would be able to live in the present and the future simultaneously.

Izzo also thinks Maurice Ager will be able to learn a lot in Dallas and that, even though he fell to the 2nd round, the Clippers will give good attention to Paul Davis because he was their only pick. Going up against Chris Kaman in practice won’t hurt either. Izzo and I got to talking about his two ‘07 guys that have verbally committed to Michigan State: Durrell Summers and Kalin Lucas. Summers is an athletic two that can explode to the tin and fill it up from deep. He lacks a mid range game, but hopefully Izzo will be able to mold him into Jason Richardson 2.0. What stood out to me about Lucas, and Izzo concurred, is that his athleticism seems seemed to be a cut above the rest of the undersized point guards — and there were many — in Indy. Along with Jacob Pullen (range, intelligence), Maurice Miller (impressive all around game, runs a team well), and Mike Coburn (savvy passing), Lucas stood out as a guy whose skill level will overcome his size at the collegiate level.

— Karmic déjà vu moment of the camp came when I saw the name Shaka Smart on the board that listed all the coaches in Indy. The reason I recognized the name is because Shaka’s name is all over the record books at my alma matter, Kenyon College. As someone who tried unsuccessfully to hack it as a basketball player at Kenyon, I’d spent many trips to the water fountain looking up at his name on various plaques. Shaka is now an assistant at Clemson after working for Keith Dambrot at the University of Akron.

Dambrot was LeBron’s first high school coach and an integral part of SLAM E-I-C Ryan Jones’ book. Those of you who are Bron-savvy will also recall that King James’ high school teammates Romeo Travis and Dru Joyce III star for Dambrot at Akron. Those two are doing more without their prodigous teammate than most thought was ever possible. Credit due to Rom and Dru, and especially to Coach Dambrot for helping mold the former St. V’s kids into successful Akron Zips. Just so you don’t think I’m blowing smoke, the Zips went 23-10 last year and made it to the NIT. How crazy would it be if they Joyce and Travis made it to the big dance as seniors? Point being: That ohio karma, it’ll get you sooner or later. Good luck to Dambrot this season at Akron and Smart at Clemson. We’ll be pulling for you guys.

— Speaking of LeBron, here’s an interesting thought: Michael Jordan was in Indy and spotted talking to “Uncle” Wes Wesley the day before LeBron ended speculation and re-signed with Cleveland, revolutionizing the free agency game in the process. Maybe they influenced Bron & crew. I don’t know; it’s mere speculation. What I do know is that SLAM’s man Uncle Wes and Money chilling in the bleachers a day prior to LeBron’s revolutionary contract is helluva lot more interesting than LeBron eating lunch with his friend, Jay-Z.

— Nearly two months before leading Team USA to bronze, Coach K was omnipresent in his dark Blue shirt—so omnipresent that I nearly bought a Chevy with my American Express card.

— I spent a good deal of time with my main man Joshua Motenko from NBAdraft.net and his crew. Two guys definitely worth mentioning that I didn’t get that good a look at were Patrick Patterson and James Johnson. Here’s Josh’s take on those guys and others. Also check Josh’s informative three part series on globalization and basketball for some good international perspective. As for who I thought the best players at the camp were, you’ll have to check SLAM.

— The strangest thing about the camp was the media session. The various media types were allotted, if I remember correctly, 15 minutes to talk to the players. It reminded me a lot of prom. The most sought after players garner the most attention. In a strange twist I kind of felt like the prom queen. Or, um, what the prom queen might feel like. Knowing that SLAM was the mag of choice for most of these kids, it was my job to pick up digits for the kids I thought were worthy. I did that, but it was really awkward to be in a closed off area and only walking up to certain people — in front of all of them — and getting their numbers. I felt kind of awful, to be perfectly honest, because every time I went to get some highly ranked player’s number, I was pretty sure there was a kid eavesdropping within a few feet that would have killed for that kind of love.

— And before I forget, there is a statue of some Moose in downtown Indianapolis. (I never understood by the plural of moose wasn’t “meese”; if goose turns to geese, why can’t it be the same for moose?) Anyway, on the campus of IUPUI where the camp was held, there was a statue of two moose having sex, perhaps making fun of the other statue. Indianapolis, Indiana. CALL YOUR LOCAL TRAVEL AGENT AND BOOK IMMEDIATELY!