No Such Thing As Free 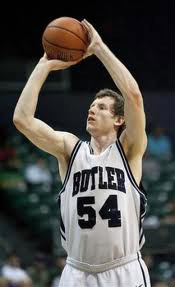 As everybody knows, free throws play a critical part during and down the stretch of any game at any level. If you’re ahead 65-57 with 3:00 to go in the fourth, if you knock your freebees down when you get to the line, your team will increase its odds of winning the game. If you are behind and you struggle from the stripe in a 65-62 game with 3:00 remaining, the odds of notching a win sway towards the other team. That’s not science; it’s basketball.

Everywhere you look in the past, there are reminders that free throws are essential—during NCAA Tournament games the 15-foot free shot makes and crushes dreams. One particular instance, the 2008 NCAA Title Game between the Kansas Jayhawks (14-15) and Memphis Tigers (12-19), sticks out like a sore thumb. Memphis held a 62-57 lead with 1:10 left, a title within their reach. They went to the line five times in the final 1:10 but only made one of them, leaving the door open for Kansas to make a colossal comeback (which they did).

In this year’s tournament, there have also been reminders that the free throw can win you or lose you a ball game.

In terms of volume, UCLA had the most spectacular performance. In their first round game against Michigan State they got to the line an astounding 47 times. Though they only capitalized on 30 of them, they put themselves into the second round (where they got to the line another 25 times, converting just 16) and coincidentally lost to Florida 73-65 in a game that was close heading down the stretch.

In their second round match-up against Syracuse, Marquette was cold-blooded at the charity stripe. They sunk 19-23 free throws in a tight contest (outscoring the Orange by 14), which helped to keep them in the game in more ways than one. A pressing team, Marquette was able to set up their pressure defense as a result of their makes.

During their first round tilt against Memphis (17-24), Arizona hit 26-31 at the line and won the game by two in a game that went down to the wire.

Perhaps the most memorable game that was decided at the line in this year’s tournament was Butler’s (11-14) match-up with Pitt (12-18) in the second round. Gilbert Brown was sent to the line with the game in the balance, down 70-69 following an Andrew Smith layup on the other end. Brown calmly sank the first one, but missed the second. Chaos ensued when Nasir Robinson fouled Matt Howard in the act of shooting 90 feet away from the hoop. Howard sank 1-2 on the other end and Butler moved into the next round.

So when you’re glancing around the bracket and looking at free throw percentages this year, it’s no surprise that the Connecticut Huskies (UConn: 68-84, or 80.9 percent) have advanced all the way to the National Championship game on Monday. Amongst the  teams that have shot over 50 free throws in this year’s tournament (there’s a total of 15), the Huskies have shot the 2nd best percentage. Only Mountain West Conference BYU, who was ousted in the Sweet 16, shot a better percentage than UConn, (47-55; 85.5 percent).

Connecticut has over-achieved from the line (76.1 percent for the season) and during its close games in the NCAA Tournament against San Diego State, Arizona and Kentucky their high percentage has been consistent enough to help them maneuver their way to the next round.

Two other Final Four teams, Butler and VCU, relied on free throws in their own way: Through sheer volume. The Bulldogs (75-104 or 72.1 percent) have gotten to the line an average of 20.8 times in their five games thus far, and put forth their most accurate effort yet with a 20-26 performance yesterday against VCU. The Rams (85-122 or 69.7 percent) shot an average of 20.3 free throws per game during their memorable six-game run to Houston.

Kentucky, who was just ousted by UConn in a 56-55 thriller a few nights ago, shot a miserable 4-12 from the stripe. John Calipari-coached teams are notoriously bad free throw shooting teams, and this one was no different than its recent predecessors. They shot 71 percent for the year and managed to shoot just 49-77 (63.6 percent) during their five-game run. Freshman Terrence Jones, who was 0-5 at the line, surely wishes that he could realign for a few of those gimmes.

So, do teams at the college level spend enough time and effort at the line in practice? I’m not gonna sit here and pretend that I have a definitive answer, but if I had a one-and-one to guess, my answer would be no.