OJ Mayo: The Papoose of basketball? 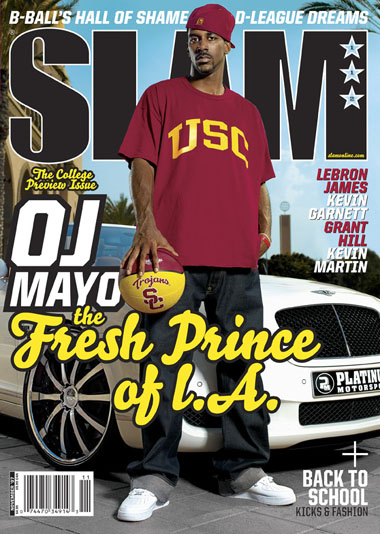 You might not think that Papoose and OJ Mayo have much in common, but UNTIL Mayo’s performance in yesterday’s Jimmy V Classic, they were the same people to me. Let me explain…

I hate hood-buzz. It annoys me. Things that are poppin’ in the hood are no different than the trivial trends that inundate mainstream media and pop culture. Just because the hood operates in a counter-culture doesn’t necessarily mean that it’s immune to doling out mistaken props and perpetuating ridiculousness. Just a year or so ago, grown men were wearing muu-muus that they chose to call “white-Ts”. They weren’t cool…well, let’s say it they were about as cool as fanny-packs.

You ever seen Idiocracy? It’s a Mike Judge film where the idiots of the world procreate at such a prolific rate that the world ends up being populated by a bunch of rubes. There’s plenty of smart people in the hood and there’s plenty of smart people in mainstream culture, but it seems that louts have the penchant for leading trends and popular opinion in both arenas. Hence, we have a rapper like Papoose that is seen as some New York City savior.

To be honest, dude has a modicum of skill. He can put words together fairly well and his rhymes give the listener an impression that he’s serious about lyrics. He’s not a ringtone rapper. But this kat is not That Dude. So every time I hear someone tout Papoose as the Second Coming — which happens often — I’m enraged. I used to just get annoyed…then I started getting irritated…the I started getting frustrated…then I started getting angered…and at this point it enrages me. Papoose and his hood-buzz can kick rocks. If I hear him spit one more 16-bar verse that features 16 punchlines, I’m gonna lose my lunch — and I’m a big dude, I eat a lot.

I can understand the embryonic stages of hood-buzz: Papoose is born in Bed Stuy, spends the requisite years toiling in the underground, links with a dude like Kay-Slay, slays a couple guest-appearances, drops some intriguing mixtapes, gets some high profile cosigns, offers a smart gimmick like “Alphabetical Slaughter”…next thing you know everyone is dropping his name…”I don’t get down with XYZ, my ni&&a is Papoose.” Great. Guess what young dude is my ni&&a? Lupe Fiasco. I guess I’m lame.

The way I feel about Papoose is how I felt about OJ Mayo. Sports is a different animal than hip hop, so OJ has received much more mainstream buzz…but it’s all the same. I know he’s been on the cover of Sports Illustrated and ESPN featured him in a SportsCenter segment when he was in pre-kindergarten. But don’t get it twisted: OJ’s fanbase was centered in the hood, no matter how many suburbanite teens rockin’ Vans and mop-tops with commendable shooting form cited him as a fav.

This is the way it’s been since LeBron graduated in ’03. No one in the hood could care less about Dwight Howard until the Spring of ’04 when he became the name cited as the top prospect for the NBA Draft, yet during that time, heads knew about Mayo. Kevin Durant was a nobody throughout 2005, unless you lived in D.C…but heads were hip to Mayo. He was That Dude. I was on him hard, until I caught him a couple times during the Summer AAU circuit of 2006. He was hoggin’, playing lazy ball, whining and losing his place on the perch of his high school class. I left the AAU National Championships in Orlando telling everyone I knew that Mayo was a closet fraud. I was dead wrong. I just didn’t know it, yet.

My fraud-radar was going nuts. Dude had all the makings of an impostor. He had the slick game, the hype, the swag and — most importantly — a lack of transcendence. Mayo was making his competition look stupid — sometimes — but rarely making teammates look magnificent. He was all hood-buzz, in my faulty estimation. Then came the “Ball In Stands” and the buster-performance at the McDonalds’ game and I was sure I had a roundball-dribbling Papoose on my hands. Mainstream media pounced on him. They started slurping Kevin Love (who will be a career role player) and downing OJ. I felt bad and wanted to start holding his torch, except I couldn’t avoid the Mayo-jocking schmucks on the street, in the barbershops and on the web. The hood took to the dude’s slick game, admirable swag, insane hype and they ran with it. Eff Derrick Rose and Eric Gordon — Mayo was That Dude, The Dude, It, Him, Everything. It irritated me.

We put him on our SLAM college basketball cover, standing in front of an expensive car. I understood why, but still. Then Ryan Jones wrote a feature that I twisted into an apology. Regardless of what he wrote, I read: OJ is misunderstood, love him. This was my anti-hood-buzz rearing its ugly head. Little did I know that, a few months later, I’d agree with Ryan.

Yesterday, I eagerly awaited the Jimmy V Classic, expecting Derrick Rose to show this Mayo Fraud what was what. Rose was gonna drop a 15-8-5-2 game on Mayo, while Memphis blasted USC and Mayo hogged and dumb-balled his way to a huge loss. Then I was gonna write a scathing commentary on this website, diminishing and ridiculing Mayo and his legion of fans. Instead, what I saw was a confirmation of what I always kinda knew, but the contrarian in me didn’t want to believe: Mayo is special.

Fact is, dude shot terribly in the second-half, didn’t take over or do anything transcendent to help his undermanned squad beat a squad of superior talent. But did you see him shut down Rose? To me, that was the illest performance — sans Kevin Durant Big 12 performances — since Carmelo Anthony‘s one-and-done gems for Cuse. I had been watching Mayo and his acrobatics and fireworks throughout the early season and still found ample room for my anti-hood-buzz hate. Then he went and buckled down and locked up what may be the best player in the nation, while leading his team to a decisive first half that set a tone that carried the Trojans throughout the game that ended up being closer than you, me, Dickie V or Linda Cohn and her botoxed cheeks thought she’d witness. There was no exceptional hogging, no laziness, no nothing. Just an ultra-competitive, defensive-minded, especially-talented player that is anything but a fraud.

He finished just 6-20 and didn’t take over in the waning moments of regulation and/or overtime — but when was the last time you saw a youngster buckle down and shut down a rival? That right there was all I needed to know that Mayo has a ceiling as high as any of his predecessors with a mentality that is gonna help ensure that he reaches rarefied air. I’m as sure of this as Ryan was/is. 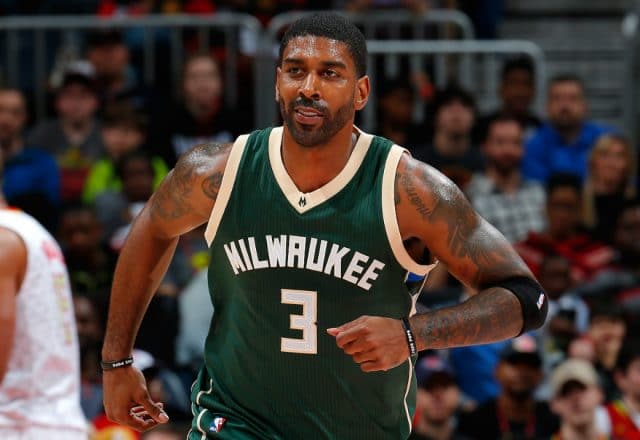 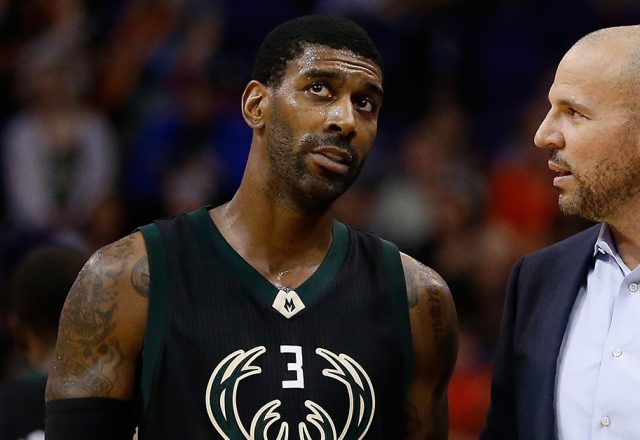 OJ Mayo: ‘I Cheated The Game,’ Let Down the Milwaukee Bucks 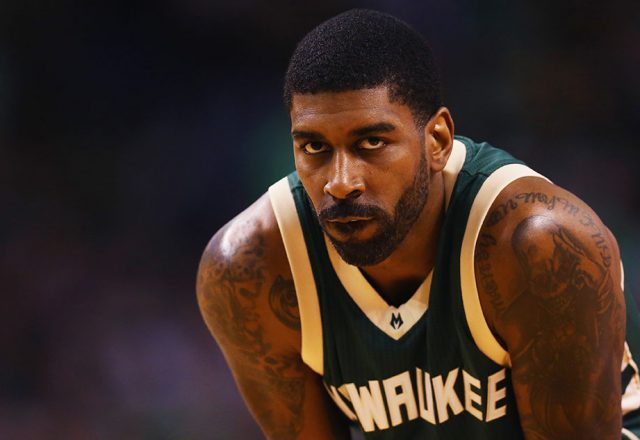 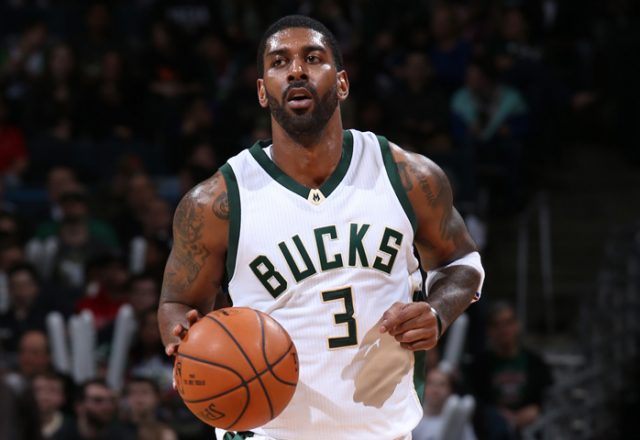 OJ Mayo Out For Season With Broken Ankle 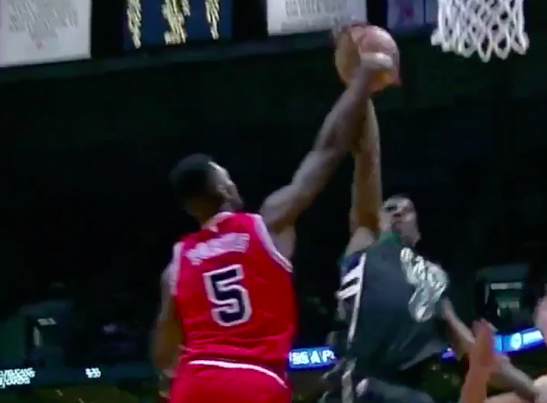 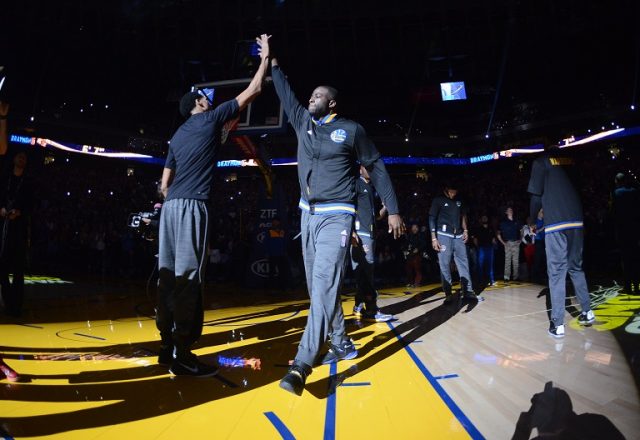