The NCAA, the NBA and the National Association of Basketball Coaches are working on a proposal to overhaul the draft process. 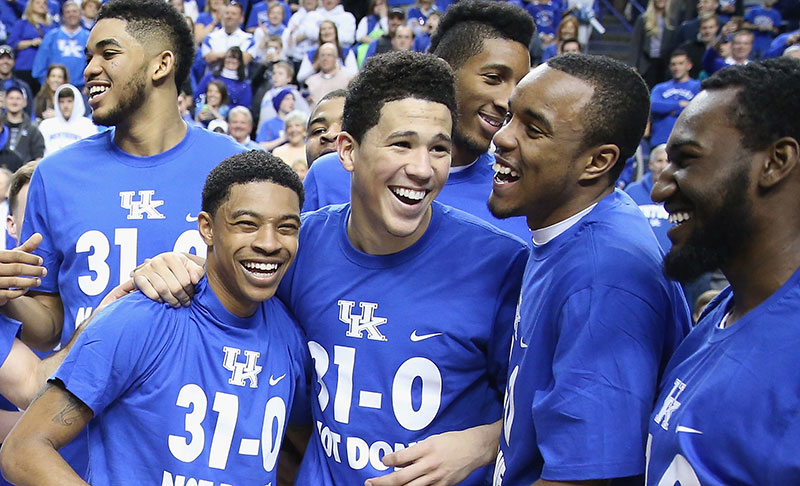 One issue with the NBA Draft is that, once players declare, they are more or less locked in, even if they don’t have a chance of being a high pick. A player forfeits their eligibility once he enters the Draft. Of course, this can easily backfire on a player if he gets a bad evaluation or if his stock ends up plummeting.

In an attempt to fix the current system, the NCAA, the NBA and the National Association of Basketball Coaches are reportedly working on a proposal which would overhaul the current draft process. In the plan, the three organizations are proposing a combine in mid-May which would replace the current pre-draft camp in May. It would consist of college seniors, international players and underclassmen on an invite-only basis.

The NBA, NCAA and National Association of Basketball Coaches have joined forces to offer a proposed solution to prevent underclassmen from leaving early for the draft if they aren’t assured of being a high pick.

The proposal, the result of a series of meetings first held at the 2014 Final Four, would move the withdrawal date for American college players to late May, nearly five weeks later than the current late-April date.

“This may be one of the best things the NABC has ever done,” said Kentucky coach John Calipari, who has had players leave school who weren’t lottery or first-round picks — players who could have benefited from knowing where they would be drafted. “This is the first time the NABC understood that they represent the players.”

The current deadline to declare for the draft would remain in late April, as stated in the collective bargaining agreement between the league and the players’ association (this year’s deadline is April 26). The official withdrawal date of 10 days before the draft (mainly for international players) would not change.

Under current NCAA rules, once an underclassman submits the official paperwork to the NBA to declare for the draft, the player forfeits his eligibility and cannot return to school.

If the proposal is accepted, underclassmen would be able to participate in a new invitation-only combine in mid-May that would enable NBA teams to evaluate players and then offer feedback on their draft prospects. The pool would include all draft-eligible players: seniors, underclassmen and international players. But Dan Gavitt, NCAA vice president of the men’s basketball championship, said the finite number wouldn’t change if a player withdrew. The goal would be to increase the current NBA draft combine number by 20 to 30 percent (currently 65 to 70 players attend the draft camp in Chicago annually).

“Now, when you put your name in, if you’re not invited that should tell you to go back to school,” Calipari said. “Now after the combine you can make a decision — go back to school or choose to go.”

Kiki Vandeweghe, the NBA’s vice president of basketball operations, said an invitation-only combine would replace the Chicago draft camp, which doesn’t involve any underclassmen who have remaining college eligibility.