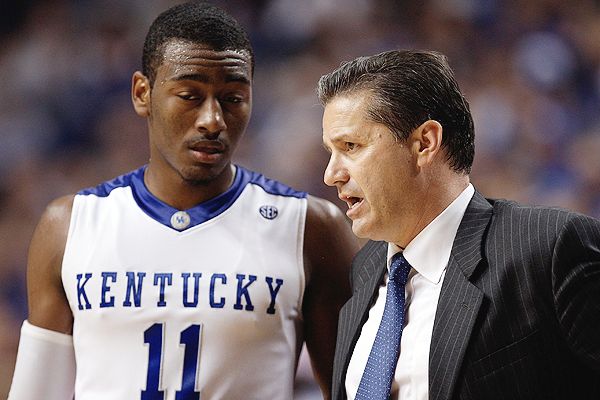 CBSSports.com recently surveyed nearly 100 college coaches, getting their thoughts on some of college basketball’s most current, and pressing, issues. One question asked was, “Which player is perceived to have the dirtiest recruitment in the last 10 years?” The coaches spoke—anonymously, of course—and UCLA freshman Shabazz Muhammad took home the crown, receiving 15 percent of the vote, followed by former Kentucky big man Anthony Davis, who received 13 percent of the vote.

Here is the complete breakdown of the poll, followed by some quotes, all courtesy of CBSSports.com:

On Shabazz Muhammad: “This deal was done for a long time. The other rumors and stuff were just smoke and mirrors. People on the inside knew this deal was done. I mean, he turned Kentucky down.”

On Anthony Davis: “I’ve never seen a recruitment get shut down as quickly as that one got shut down. I don’t know how they did it. But it was a strong play.”

On John Wall: “Baylor hired John Wall’s AAU coach and that still wasn’t enough to get that deal done. That recruitment was on another level. And remember, Roy Williams basically stopped recruiting him. Best player in the country is from North Carolina, and North Carolina didn’t really want anything to do with it. What does that tell you?”

On Kyle Anderson: “A kid doesn’t go across the country to a school that doesn’t fit his style of play – and turn down some of the top East coast schools – without it being it unfair. It doesn’t make sense from a basketball standpoint.”