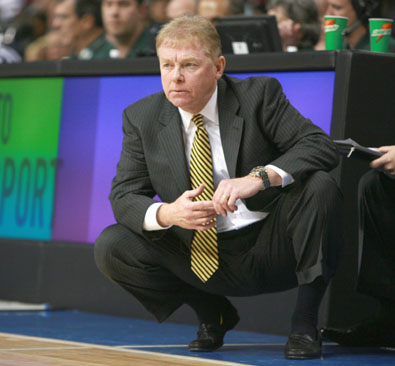 As told to Sammy Newman-Beck

It’s been less than a week since the basketball community lost a legend in Wake Forest Coach Skip Prosser. Prosser, who suffered a massive heart attack while jogging on the Wake campus, was known to many as the coach who mentored stars such as Chris Paul and Eric Williams, while also compiling numerous winning seasons and taking the 2003 ACC title. In remembrance of Coach Prosser our correspondent Sammy Newman-Beck talked to one legendary coach, and a Wake Forest player who shared their thoughts and memories about the man known as Skip.

Skip and I had a basketball relationship. He was a guy that I knew from his days at Xavier. Our relationship started at Five Star. He used to come up when I gave lectures there. I always found him to be a very friendly guy and when I went to visit him at Wake I was very impressed. I was impressed with the way he ran practice, the way he conducted his practices and the way he treated his staff. For example, a lot of present day coaches hand out their practices on a piece of paper, but Skip put it on a blackboard that he rolled into the gym and he stuck to it. The other impressive thing about Coach Prosser is that he maintained a sense of community-his practices are at a small little gym. You sat on the bench with the players. He conducted the practices and you were literally right on the court. It was nice and it didn’t feel like you were an outsider. You didn’t have any team managers coming up and asking for identification.

When asked what advice he has for the players at Wake Forest, Kessler replied:

I think that the loss of Marshall Williams (Marshall Williams died on the court while playing for Coach Kessler at Adelphi University) proved to me how much emotions can be used in basketball. Before the loss of Marshall I was never a big believer in the psychology of the game. I wasn’t a big believer in kids motivating themselves. I felt either you were a player or weren’t a player, either you’re a finisher or you’re not a finisher. The loss of Marshall Williams, and a team going out and winning every game (After Marshall’s death Adelphi went on to win 13 straight) after losing one of the top rebounders in division II that year, really shows how less and less important the X’s and O’s were. That was the biggest change that I saw. And the only thing I can say to the players at Wake Forest is-as an old friend to Skip-is to go out there and play the season, play the game for him. And play the game the right way. Even in baseball they say play the game the right way. Even yesterday, I was watching a Yankees game and they say Joe Torre has very few rules but the one rule he has is you have to play the game the right way, you got to play with heart. And I think that’s the one thing they have to do. They have to just go out and play the game the way Skip would want them to.

When Coach was first recruiting me he was very honest and upfront with me. That’s one of the lasting memories I have of Coach–his honesty. He never lied to me, never sold me a dream, he just told me how it was.

Coach had a great drive to win. I’ve never seen anyone that wanted to win like him and he would take losses very hard. And that motivated everybody. It gave us that mentality that he had. It made us not want to lose, ever. All Coach wanted us to do was play hard and play smart. He wanted us to go out and give it our all every night.

Right now as a team we’re just trying to stay strong and be there for each other. Next year we’re going to be motivated. We have something to play for now. We’re gonna go all out and just do it for coach. Last year we were unhappy with how we finished and we want to make sure that doesn’t happen again. We’re still very excited. We’re going to try to get back to how we were a couple years ago and just continue to move forward. Coach’s passing has definitely brought us closer as a team.

We have to look back at Coach’s life and look back at how great of a man he was. He wasn’t just a great coach, he was a great man too.

Couldn’t have said it any better Anthony