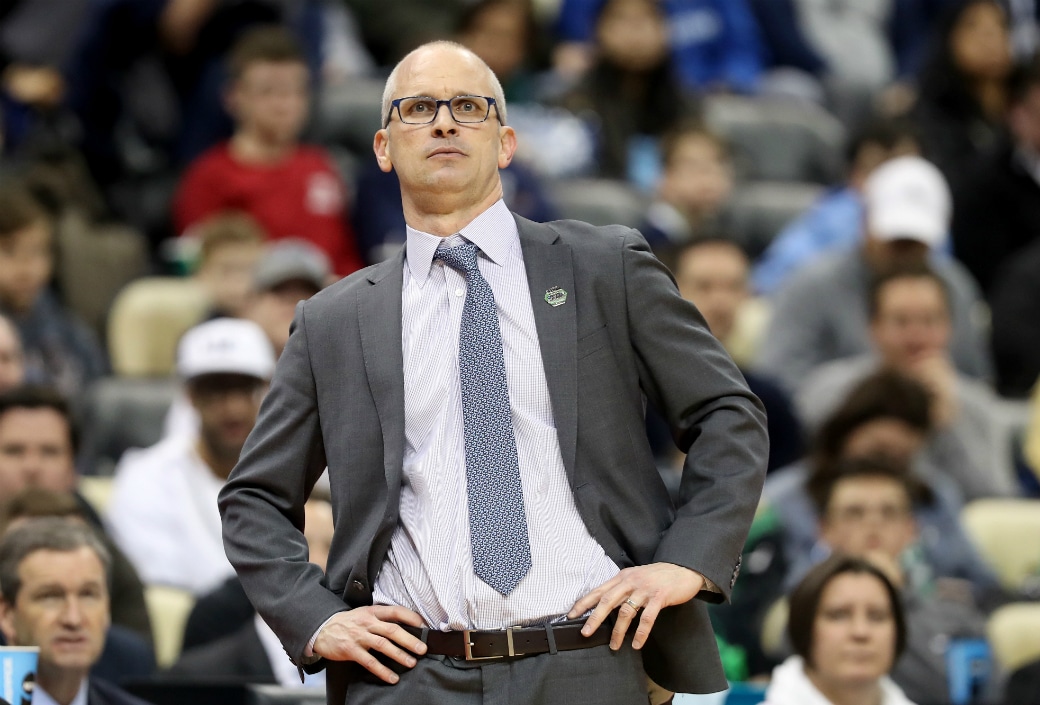 Hurley, 45, has agreed to a six-year deal to replace Kevin Ollie. He reportedly turned down lucrative offers from URI and Pittsburgh, according to ESPN‘s Jeff Goodman:

BREAKING: Dan Hurley is headed to UConn, multiple sources told ESPN. Chose the Huskies over a more-lucrative offer from Pittsburgh, and also a long-term deal from URI. 6-year deal with UConn.

Dan Hurley is in the midst of telling the URI players that he is leaving for UConn, sources told ESPN.

URI’s offer, per sources, was $2 million per year for 7 years beginning in July of 2019. Also commitment to build a basketball-only practice facility (to be completed within next 2 years), staff salary increases and ability to charter for all away games. Big-time offer by URI.

Hurley led the Rams to the NCAA Tournament the last two seasons.