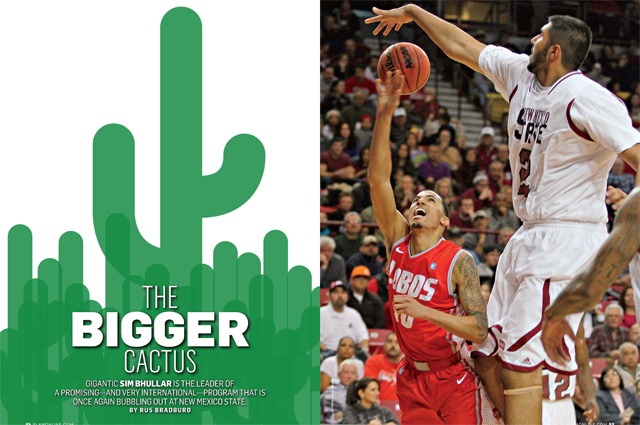 In the last few years, television announcers have approached a New Mexico State basketball game with the anxiety of a 17-year-old getting ready for his first SAT exam.

That’s because the NMSU Aggies have had a roster that would make the United Nations proud. Here’s a partial list from recent teams: Tshilidzi “Chile” Nephawe from South Africa. Matej Buovac from Croatia. Hernst Laroche from Canada-via-Haiti. Bandja Sy from France. And Hamidu Rahman was from, well, New Jersey, but announcers still balked at his name, the same way opponents did when they saw his hulking 6-11 frame.

New Mexico State features an international ethnic flavor for sure, but it’s not the kind of names you’d count on for a school just 40 miles from the Mexican border. It’s the preponderance of Canadians that really stands out. In fact, this past season, NMSU featured five players from north of the border.

NMSU is winning—they’ve qualified for three of the last four NCAA Tournaments—while the school has become a sort of basketball border checkpoint, an Ellis Island, especially for Canadians.

And while the 6-8 Nephawe was clearly their best big man last fall, his season-ending injury in December was not the catastrophe everyone predicted. It opened the door for yet another Canadian, the biggest one you’ve ever seen. And this one has roots in India.

Announcers better get used to pronouncing his name, because they’ll be saying it plenty: Sophomore Sim Bhullar is 7-5 and weighs well over 300 pounds. When he meets Shaquille O’Neal for the first time, Sim will be the one looking down at Shaq. Say it: Boo-LAR. Bhullar rhymes with “new car.”

And that’s what NMSU coach Marvin Menzies must have felt like he’d been given last season when his team actually improved instead of collapsing. At the time of Nephawe’s injury, Bhullar was averaging just 13 minutes per game. He tired easily, missed free throws and piece-of-cake put-backs. He was often a step behind the action.

By season’s end? Bhullar fueled NMSU’s surprising post-season run and was named MVP of the WAC Tournament. He averaged 15 points, 12.5 rebounds and 4 blocks in the last two games, so there was not much debate among voters.

The next week, Saint Louis University was able to neutralize Bhullar in the first round of the Tournament, but in the future, containing Bhullar may be as rare as cold weather during the Las Cruces summer. Bhullar’s sensational development is very much tied to his coach’s teaching methods and personality. In an age where curses, threats, insults and abuse happen in a lot more places than Rutgers, Menzies is practically a Buddha in an adidas sweatsuit.

Menzies, an African-American native of Los Angeles, is used to international flavor and color in his life, so he’s a natural leader for this team. He’s measured, reserved, calm and caring. He rarely hollers, yet the Aggies seem riveted to him during timeouts. His distinct “let’s not panic” attitude rubs off on the players—despite occasional potholes in December, his teams improve dramatically as the season progresses. Every year.

This fatherly, nurturing style has been a perfect fit for Bhullar, a mountain of a young man whose radical improvement can be traced to experience and instruction, not a hellfire of hollering from a frustrated pit boss. Sure, Bhullar still has some bad habits—he occasionally bounces the ball around the basket needlessly. But his emergence is directly a credit to Menzies and his staff, who understand that despite The Great Wall of India’s size, he’s barely 20 years old.

The gatekeeper for New Mexico State hoops immigrants is their young associate head coach, Paul Weir. He arrived in Las Cruces with a reputation for teaching old-fashioned fundamentals. But Weir quickly established himself as a terrific recruiter, too, and his radar for overlooked gems has kept NMSU at the top of the WAC. Weir’s global view is important: New Mexico is too sparsely populated to be overrun with top college prospects. But NMSU is classified as a minority/majority university because of its Latino enrollment, so people of color have always felt welcome there.

While NMSU has had a long tradition of good basketball teams, each coach has had to discover his own unique recruiting path. Lou Henson got the Aggies to their only Final Four in 1970 through a shrewd blend of limited local talent coupled with his unusually progressive attitude toward race in the turbulent 1960s. (Henson arrived at NMSU in 1966, but not before he desegregated Hardin-Simmons University’s team—and he employed their first Latino coach at HSU, just for good measure.)

When Henson returned to NMSU in 1997 (after taking Illinois to the Final Four as well) he won with outcasts, castoffs and heavy-legged plodders until he retired in 2005 with over 700 career wins. Henson left quite a footprint on the program—the Aggies play on Lou Henson Court these days. And even in the 1980s, ’90s and into the new millennium, coaches like Neil McCarthy and Reggie Theus won with an assortment of Junior College studs, Division I transfers and sleepers.

But until now, no coaching staff won with a squad that kept their passports handy in their travel bags. And it’s current assistant Weir who deserves most of the credit. He’s a Toronto native with an array of Canadian connections and, presumably, fluency in immigration law.

While Bhullar’s future is blazingly bright—he may become the first person of Indian descent to play in the NBA—Canada may be at a crucial place in her youth basketball development. Sure, Toronto is a mecca for immigrants and a hoops hotbed due to the NBA’s Raptors’ influence on an entire generation. But think about this: Young hotshot Andrew Wiggins, Cleveland Cavs rookie Anthony Bennett, two Bhullars (more on Sim’s younger brother in a minute) and hoops inventor James Naismith all have something in common besides their Canadian passports. All five left Canada at an early age to succeed in America.

Sim Bhullar’s parents, Avtar and Varinder Bhullar, emigrated to Toronto from Punjab province in northern India before Sim was born, and to this day they run a gas station in town. His parents gave Sim something as important as his height: a good work ethic. The Bhullars’ humble gas station is open 365 days a year, and his father is up at 5:00 a.m. each morning. Yes, Sim gets some of his height from his parents: his dad is 6-5; his mom is 5-10. Eldest son Sim was already 6-3 as a sixth grader when he began playing basketball; he was 6-10 as an eighth grader.

When asked about his influences and idols as a player, Bhullar instantly responds: “My parents are my heroes because of the amazing amount of hard work they put in to provide for our family.”

Neither parent played basketball, but his father was an active “Kibaddi” player, a popular competitive sport in parts of India and the Middle East. Kibaddi looks like a cross between “Red Rover” and tag-team wrestling in which quickness is at a premium.

Sim got involved in the Toronto AAU hoops scene fairly young after being spotted by Mike George, the coach of the powerhouse CIA Bounce team. Coach George—now Anthony Bennett’s agent—had contacts in the United States, and before Sim ever turned 16, like so many of his recent countrymen, he packed up and went off to an American prep school. Well, two prep schools.

First stop was The Kiski School in Pennsylvania. When that school seemed limited, Sim and his younger brother, Tanveer, transferred to Huntington (WV) Prep. (Tanveer, now a 7-3 college freshman, is quite a prospect, but he may have to move to forward; he followed Sim to NMSU.)

“The first time I watched Sim Bhullar,” Weir recalls, “he literally went from top of the key to top of the key, just struggling to keep up with the play.”

But each time Weir saw Sim, he noticed modest improvement. “A year later,” the coach continues, “once he was in the half court, he was dominant. But the issue for him was transition and battling the shot clock.”

Bhullar had to sit out a year at NMSU because of his confusing prep school grades, and his initial progress on the court was slow. And Bhullar had to overcome a minor local tragedy: Both Indian restaurants in Las Cruces—one right on campus—closed shortly after he arrived in town. (“I really missed my mom’s cooking, especially at first,” he concedes today.)

But Bhullar found an appealing international flavor in his basketball team. “It was a big comfort knowing that I wasn’t the only basketball guy not from the United States,” he says.

One thing Coach Menzies has in abundance is patience. Good thing, too. Bhullar was overweight—closing in on 400 pounds—and plagued with bad dietary and defensive habits. Yet Menzies, with his mellow demeanor, slowly built a bridge for his newest foreigner to cross. Bhullar gradually dropped the weight (he’s now closer to 300 pounds) and the extra time spent on low-post work and conditioning began to take root.

Sure, Bhullar’s size is his most prominent plus, but he has plenty of other assets that make him a legit NBA prospect. He has terrific court sense, rarely makes a silly foul and is a deft passer. He has unusual wisdom and perseverance, and an extraordinary sense of timing for a young player. Sim has also been pretty much injury free, which is unusual for a player his size.

Bhullar also has great hands. On defense, he keeps them high. He’s as crafty a gatekeeper of the lane as his assistant coach Weir is of foreign talent.

By the way, once you get over the initial size-shock, the place to watch Bhullar is not at courtside, where you’ll remain flabbergasted at his frame. Being that close is actually too distracting to appreciate Bhullar’s influence. Sit up high, as high as you can. You’ll witness opposing players who drive at the basket, change their mind and beat a retreat. Or opponents who get face-to-belly with Bhullar before flinging a bad pass out of fear. And while the NCAA tracks blocked shots, they have not yet figured a way to keep stats on “scared him away with just a glance.”

Despite his gentle off-court demeanor, Sim can be frightening once the game begins. But as Weir knows, it’s not his size that’s most terrifying—it’s his radical improvement. “Sim has come so far, and so fast,” Weir says. “It really is scary.” 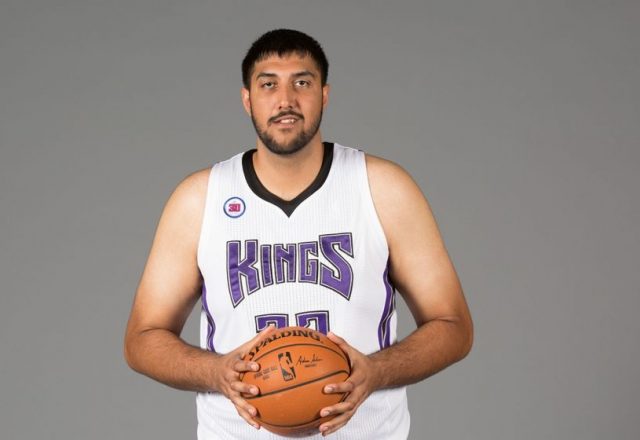 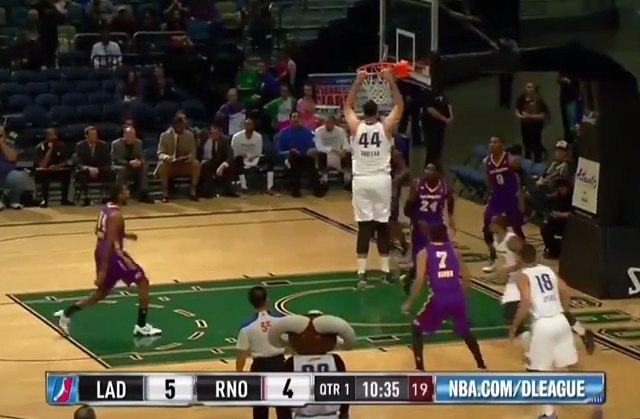 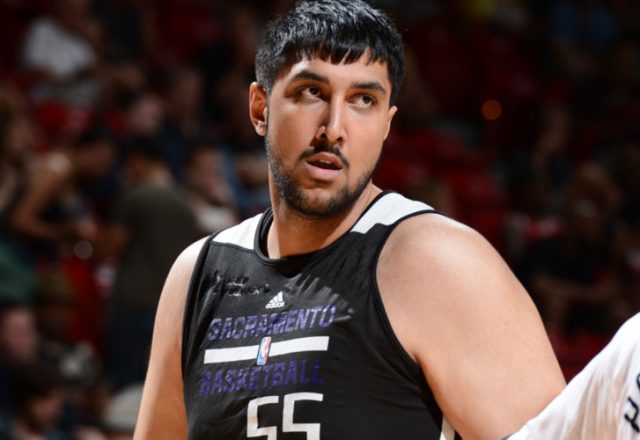 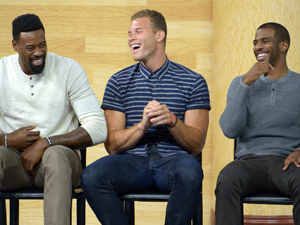 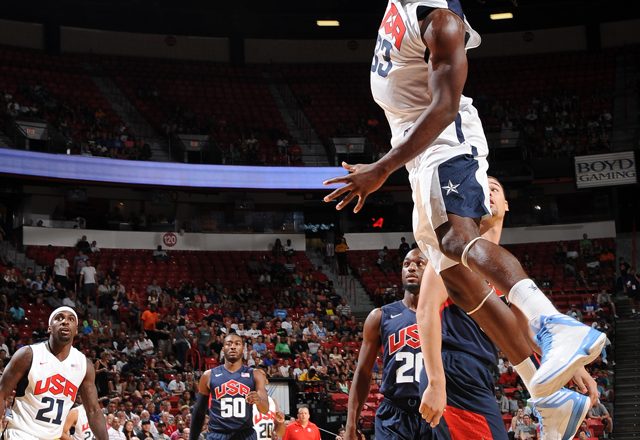 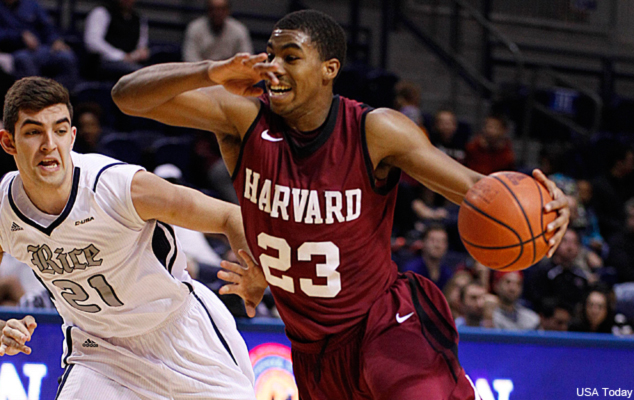