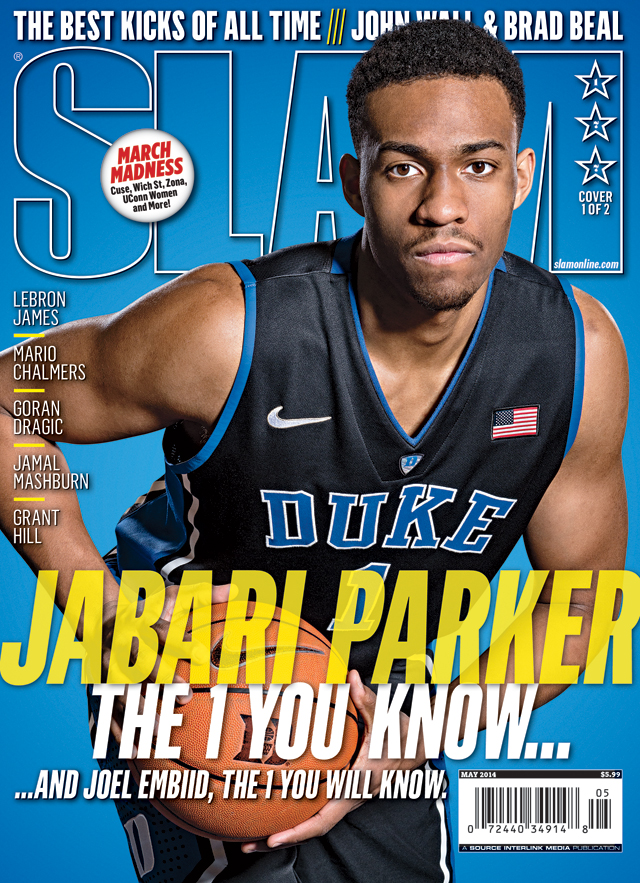 You may have noticed SLAM showing love to those ‘On The Comeup’ as of late. First Stephen Curry, then Paul George, and just last month it was Damian Lillard—literally each player being younger than one who preceded him. Cover boys of three of the last four issues—and each blessing the cover for the very first time.

It seems like just yesterday those same guys were the talk of college basketball during the month of March. Newbies winning their respective conferences’ Freshman of the Year awards (Curry and Lillard) or becoming the team’s leading scorer and rebounder by the second one (George). Interestingly, neither one of them attended what’s considered to be a high-DI/national powerhouse collegiate program. Nor did either one of them leave school for the League as a freshman. Yet, they all epitomize prospects that lived up to the billing, only after barely having any buzz to live up to—all three were either two-star or three-star recruits coming out of high school.

As sports fans, there are two kinds of narratives that most are likely to support in an athlete: the guy who somehow is currently being doubted after suffering a recent setback despite having proven himself in the past, and the one who has unexpectedly and so suddenly risen to the top. The comeback kid and the late bloomer, so to speak.

When it came time to consider cover candidates for our annual March Madness issue, finding the right balance of a ‘prospect’ that combined those two attributes only seemed fitting. Thus, in a season that has featured all kinds of headlines surrounding the most highly heralded freshman class since the 2007-08 group, Jabari Parker and Joel Embiid perfectly represent the combination.

Back in that ’07-08 freshman class, which featured the likes of Derrick Rose, Blake Griffin, James Harden, Kevin Love, OJ Mayo, Eric Gordon and Michael Beasley, a young head coach named Jeff Capel was at the helm at Oklahoma, and an under-the-radar frosh, Griffin, was among his players that season. Griffin went on to become the top pick of the ’09 NBA Draft. Today, Capel has the opportunity to have a second No. 1 overall draft pick on his resume in Parker, serving as an assistant under Mike Krzyzewski. So if there’s anyone who knows a thing or two about becoming the top draft pick while in a mega freshman class that’s touted the best in years, Capel is the guy to talk to.

“I don’t remember back then there being a Freshman Tracker where we were ranking the best freshmen,” says Capel of what the likes of Parker and Embiid have had to deal with in contrast to the last mega class. “I’m not saying there wasn’t one but I just don’t remember one. With this freshmen class, they are being judged every single game. You have this Freshmen Tracker, you have these mock drafts. It’s like, let these guys be freshmen. Obviously, it comes with the territory because of how incredibly talented they are.”

In terms of Parker’s cover story, it mostly revolves around him finding his way back to his pre-injury self and the mental and physical steps that Duke took during the summer to help him get there. And then there are all the unique nuances that separate him from the pack. Like his very particular pre-game music taste that likely none of his teammates bump to.

“I tell people all the time, ‘Jabari is an old-soul.’ Just how he thinks and what he likes,” says Capel.

So old-school that he rather not even use a measuring cup when mixing his “secret ingredients” in the kitchen for the Durham-famous “Jabari Bars.” Kids these days and their fancy technology.

When Parker went to Duke for his official visit in the fall of 2012, Capel picked him up at Raleigh-Durham International Airport. On the ride to campus, the two quickly found some common ground in their passion for ’80s and ’90s hip-hop music. “He is a different dude, in a good way,” the coach admits. “Just how he thinks and how he approaches things.” Since then, Capel introduced the Chicago native to producer 9th Wonder, a friend of the coach who also teaches a class at Duke.

We conducted Parker’s cover shoot at the legendary Cameron Indoor Stadium just hours after a late-night home game in early February. Parker is on the cover of our March Madness issue for the second consecutive year. Last year, he shared the cover with Andrew Wiggins. Having broken a bunch of records, including becoming the first Duke player to ever lead the team in points and rebounds as a freshman and most 20-plus points by a rookie, any post-injury skepticism has long faded. Despite the deep class, Parker has easily distinguished himself as the most versatile and NBA-ready out of the bunch. Second in the ACC in scoring, first in rebounds, second in three-point field goals—he is only 18 years old, you know (turning 19 on Saturday in a potential conference semifinal showdown against Syracuse). As of right now, it looks like the John R. Wooden Award will come down to Parker and Creighton’s Doug McDermott. Halfway through the shoot, Parker points at the rafters, adding: “That’s always a sign of motivation every time I see those numbers on the banners and the retired jerseys. It reminds me that they impacted the program in such ways to help the team be successful. It’s what I want to do.”

In Parker’s case, the setback his journey greeted included people jumping off the bandwagon while he recovered from his foot injury. Compare final rankings and mock drafts at the start of the season to what’s being said of him today, as strange as it sounds, he’s reintroduced himself to those that forgot.

By the way, do you know when the last time SLAM had collegiate players posing solo for the cover of a March Madness issue? Yep, that highly touted ’07-08 freshman class. Beasley, Gordon and Rose—who happens to hail from the same high school as Parker and whom the Duke-stud poses with in his Twitter avatar, taken the first time he met the Bulls star at Simeon back in 5th grade. The blue background Rose had on his March Madness cover also isn’t too far off from what Parker has on this one. What were the chances they both would end up here?

The emergence of Embiid—who graces our second cover, which will be available at all US newsstands—into a potential No. 1 draft pick couldn’t have possibly been expected by anyone. Not this soon at least. In retrospect, the 7-footer barely even made SLAM’s PUNKS section. It wasn’t until after he finished with 5 blocks and 7 rebounds to complement his 4 points at the Jordan Brand Classic in mid-April that our EIC Ben Osborne suggested he should be considered for a PUNKS story. We ended up featuring him in Issue 170, which dropped in mid-June and was literally the last batch of 2013 recruits featured before turning our attention to the rising senior Class of 2014 the following month. In many ways, that game at Barclays Center might have been the start of it all. The following month, ESPN had moved up Embiid to No. 6 in the senior class. But even then, the scouting report was still basically a raw talent with tremendous upside; a TBD until his offense begins to come around.

So when I reached out to his HS coach, Justin Harden, at The Rock School in late-May of last year, the Cameroon native was basically within a week from graduating. At the time, he made a trip from Florida to Washington, DC, to renew some visa paperwork at the Cameroonian Embassy. Understandably, he ended up calling me late that night. He quickly apologized for not getting back to me sooner, before apologizing again for his foreign accent and then saying thank you a couple of times for the interview. The point is, here was an extremely humbled kid saying sorry for things that needed no apology. Little did he and the rest of us know back then that within six months he would gain all the national notoriety he’s garnered and be a candidate for the top pick of the Draft—and that within nine months he would find himself going from barely making the back of the magazine to donning the cover. Remarkably, he’s improved drastically from that spring night in Brooklyn, especially his footwork. Averaging over 11 points and 8 rebounds for the season, the Hakeem Olajuwon comparisons have been nonstop. The recent news of him suffering from a stress fracture in his back and subsequently going to miss the Big 12 tourney, and possibly even the NCAA Tourney, could have potentially marked the end of his college career—considering that  if he’s seriously considering the Draft then sitting out and playing it safe might be the way to go.

Nonetheless, if it is the end, the real beginning is only about to start. For both.