Jayson Tatum takes over the top spot in our Class of 2016 pre-season rankings. 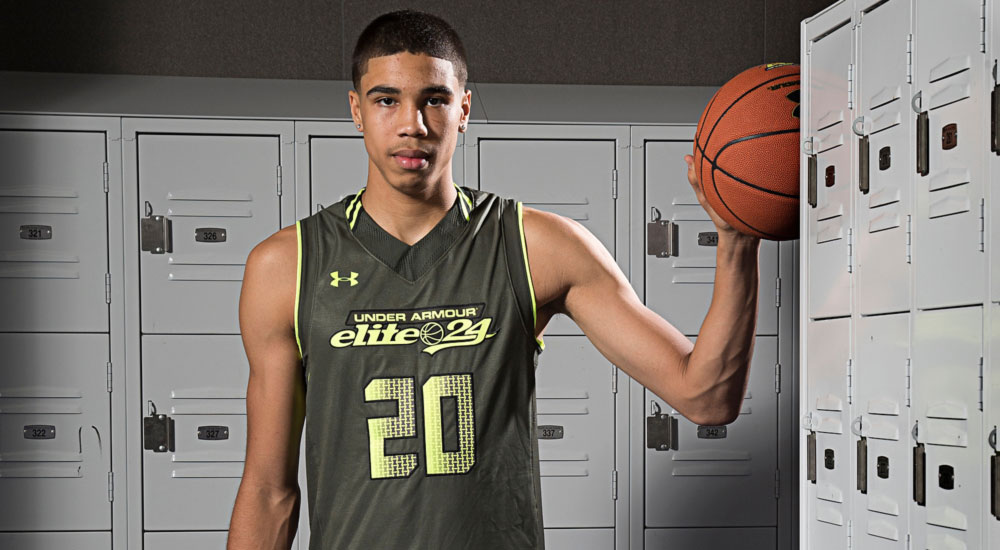 While the Class of 2015 is heavy with bigs, the 2016 class, as you’ll see below, possesses a great amount of impressive swingmen and explosive combo guards. This group is characterized by the versatile players who can play multiple positions, while the senior class is recognized for its dominance in the lane. As you’ll see below, it’s pretty easy to find 6-6 or 6-7 blue chippers, who’d traditionally hold it down at the wing, that can run the point. And then you have tall guards with the scoring prowess and IQ to easily fit in at either guard position and even small forward.

All in all, this is the class that’s expected to be as hyped as the 2013 one. And by the looks of their multi-faceted games (and ridiculous explosiveness for many), they’ll have plenty to back it up with.