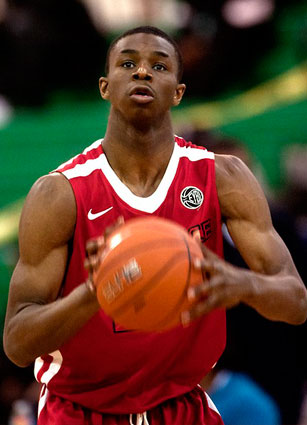 So much has changed since our last Class of 2013 rankings in early September of 2012. The top junior in America officially announced he was reclassifying to the senior class in Andrew Wiggins. So did another highly touted former 2014 class member, Noah Vonleh. Additionally, our No. 1-ranked senior in

September, Julius Randle, fractured his foot at the very start of the season and isn’t expected to be back on the hardwood until sometime in March, at the earliest. In other words, Randle never got the chance to defend his top spot. Speaking of the defending the top spot, Jabari Parker, who lost the top slot after missing much of the offseason with a nagging heel injury, returned to the floor last month and has been steadily regaining his touch.

There are always a few new names that join the top-50 list for the very first time. For this mid-season ranking, aside from the aforementioned Wiggins and Vonleh, Dakari Johnson is also among the reclassified seniors who joins the list, and is ranked among the top-12 in his new class. Deontate Burton and Kendrick Nunn are the two other players who have made their top-50 debut. Kansas-bound Conner Frankamp, who is averaging 34 points per game, according to MaxPreps, is fourth among all seniors in the nation. It has become evident that Frankamp’s jumper is the real deal and he has therefore jumped up the rankings 11 spots. Other players who saw their names jump considerably up the ranks include Austin Nichols, Isaac Hamilton and Zakarie Irvin.

As expected, the early signing period officially took many of the players listed below off the recruiting market. On another random note, notice how compared to previous years, almost all seniors in the top 50 have already chosen a college—45 out of 50. We usually have a good 20-25 players who wait until the spring signing period before choosing a school, strategically preferring to wait and see who declares for the NBA Draft at the schools they are considering. For some weird reason, that was not the case with the Class of 2013. Out of the five remaining names, three are in the top 5.

Meanwhile, Kentucky will be welcoming one-third of the top dozen players in this list (as of now), and with the top three undecided players in the class in Wiggins, Randle and Aaron Gordon all still considering the Wildcats, Kentucky might not be done adding to what many have debated as the greatest incoming freshman class ever.